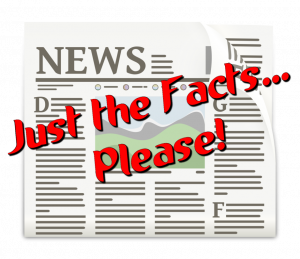 The media should be able to provide accurate facts about what they are reporting on.

I like to go over some of the more interesting news stories as they relate to guns to make sure we're all kept up to date on what is going on out there in our industry. This is by far not all of the news out there for July, just the ones that I've cherry picked because I have an opinion I'd like to share or the stories are a bit different than we usually see.

The Chicago mayor has come out saying that it's not her fault she can't control the crime rate in her beautiful city. Nope, it's the surrounding areas and states who are at fault for not passing more gun control who are to blame. Here's the tweet:

Chicago Mayor Lightfoot: “We are being inundated with guns from states that have virtually no gun control, no background checks, no ban on assault weapons — that is hurting cities like Chicago.” pic.twitter.com/vGLKClYHYW

I'm not saying that some guns aren't coming from other cities or states, because it would be idiotic to think otherwise. What I am saying, however, is that any guns that are coming from out of another state are still doing so illegally. The guns themselves are NOT growing a set of legs or wheels and wondering to themselves what the weather in Chicago is like this time of year.

The likely culprit could be theft or straw purchases, but the crime rate hasn't gone through the roof in those other states which is an interesting point to ponder, for sure.

Maybe it's because all the bad people are taking the guns to Chicago? Or, maybe even better of a reason, is because the people who live in those states are sufficiently armed and able to defend themselves forcing the bad guys to go to softer targets like Chicago?

The criminals, for some reason, continue to go back to the spots where they either cannot or will not be punished for their crimes.

Then there is the fact that she lays out a blatant lie when she states that these other states don't have background checks, but that can be a topic for another day.

Things seem to be heating up more and more as the “friendly” and “peaceful protests” keep turning out to be anything but.

In fact, just two nights ago in Austin, Texas a group of protesters marching in the street, one armed with an AK47, ended up in a gun fight. In the below video you can see the protesters chanting just before a car honks its horn.

Then, you can hear the distinct sound of two different guns being shot, but the guy with the AK allegedly does not shoot. Here's the video clip:

Clip of the shooting at the protest in Austin Texas from Hiram Gilberto on FB pic.twitter.com/VFbzqfoSff

Now I wasn't there and there is a lot of conflicting information so I cannot jump to any conclusions about what went down. We will watch this one closely though. As of right now, it seems as if the AK guy didn't shoot.

It seems like the shooting took place between the driver and a concealed carrier. We cannot be sure. What we can be sure of, with absolute certainty, is that marching down the street has only consistently gotten people hurt.

It's almost as if it's not a good idea … or something?

The Not eFFing Around Coalition (use your imagination for my eFFing substitute there) has had another negligent discharge injuring three people.

You can watch this video here:

Regardless of what you think about this meetup and the people running it, it's our hope that all gun owners are safe with their firearms so that we're not accidentally shooting each other or sending lead up or downrange hitting either their fellow people or others who are not affiliated with the group.

I don't have much more to say about this at this time because I don't know much about the NFAC as of yet and I'm still forming my opinions.

I will say that I believe in the fundamental right to gun ownership and self-defense for ALL Americans regardless of race, color, creed, or sex.

There seems to be a lot of stuff going on that's a bit different than usual. I mean, anti-gunners placing blame where it doesn't belong will always be there, but the NFAC and some of the other stuff going on is newer.

Kind of makes me wonder where we're going as a nation. But as always, I'll do my best to keep you up to date.

One Response to Chicago, Austin, and the NFAC