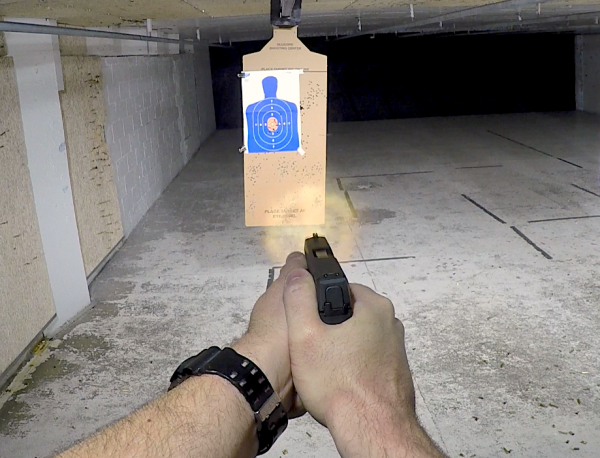 In other news, we have instances that remind us of the importance of choosing your gun trainers carefully, and why you should vet them to the highest level before ever stepping foot in a classroom. In other words, just because a guy or gal has the title “firearms trainer” behind their name, doesn't necessarily mean they know what they're doing with a gun.

Things can always get ugly, mistakes can be made, and people can get shot by their instructors at the gun range. Maybe this is why Jacob wears a bullet resistant vest while training … anyway —

Such was the case earlier this month in California. A man was attending a firearms concealed carry permit class in the “may issue” state when he was “accidentally” shot by his trainer, a civilian firearms trainer for the Riverside County Sheriff, according to this source.

The incident took place on August 10th as the trainee participated in the class at the Ben Clark Training Center Gun Range. The range is in Riverside, California.

It is reported that, during an inspection, the instructor did a “trigger pull test” shooting the student in the leg.

Apparently, students are instructed to unload their firearms at some point during the class to be inspected by this trainer.

The instructor apparently didn't check the condition of the firearm, pointed the gun at a human being, and then conducted a “trigger pull test” on that gun.

Again, the instructor obviously did not check the condition of the gun he was given, shooting one of the students in the leg.

The student was transported to the hospital where he was treated for a non-life threatening wound to the leg and the “accidental discharge” is to be investigated by the Sheriff's department and the training center where the incident took place.

While this is being called an “accidental discharge” by most everyone else, there is clear negligence here. What I'm trying to figure out is, on what planet do the aliens teach gun instructors to point a gun at a student? Then, who told this guy that he should then (as the gun was pointed at an innocent person) pull the trigger!?!?

This is a clear case of complacency kills, or the teacher is just incompetent to begin with. Either way, he doesn't need to be teaching people about guns and gun safety, which is a requirement for the California concealed carry permit.

Or, better yet, teach the students that, before they hand a gun to someone they should open the action and lock it to the rear to show that it is, indeed, empty. To do otherwise as we see here, is just negligent.

I'm not sure what credentials the instructor had, but we usually like to see something more than just the basic qualification for a firearms instructor. Always do some research. While the basic industry standard certifications are a great starting point, ideally, you'll want to see something in addition to that, even if it's just other classes they list on their website that they took from more qualified people.

Here is more information on how to find a good instructor if you're looking for one. Let us know your thoughts on this in the comments below.