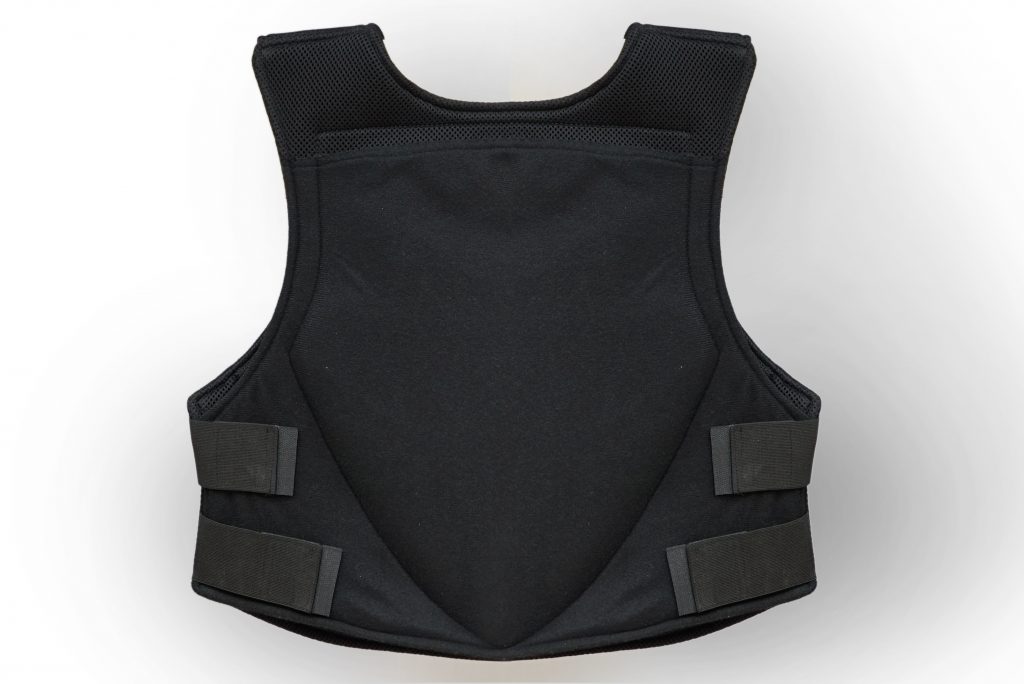 I saw today that Chuck Schumer (D-N.Y.) says he is planning to introduce legislation that would require FBI background checks for civilians to purchase body armor. I read it three times thinking I must have misread something. After all why would anyone want to make illegal a purely defensive tool?

Well, apparently Sen. Chuch Schumer feels these products are just too dangerous and should be regulated.

The Argument From Those Wanting to Regulate Body Armor

The gunman who allegedly killed nine people in Dayton Ohio recently was wearing body armor. According to Sen Schumer:

A good number of those who are intent on mass shootings buy body armor. They want to kill as many people as possible. When cops fire at a shooter with body armor, the bullets do not hurt them and they keep moving forward.

You know I bet Sen Schumer also thinks suppressors make guns silent. I relate that level of ignorance to thinking that “bullets do not hurt them and they keep moving forward.”

On the surface, however, this might seem like a viable argument to many. After all, if the police are unable to stop the threat because their guns are ineffective against the bad guy then we have a serious problem right?

3 Reasons Why This Is Completely Ridiculous

1: Do You Know What Happens When Someone Is Shot Wearing Body Armor?

I'm guessing Mr Schumer has never seen what happens when one shoots body armor. Body armor doesn't cause bullets to bounce off like nothing happened. Body Armor is designed merely to prevent penetration and thus hopefully saving the life of the user.

Often when law enforcement officers are shot in their vests they are effectively out of the fight because of the amount of physical trauma that impact causes to the body.

NIJ performance standards, the standards against which body armor manufacturer's subject their product for testing, allow up to 44mm of “backface deformation” which is more than you might think. With human tissue, there is often a much larger initial cavity and impact to the body than just 44mm. Look at what happened to this block of clay that we put behind a panel of body armor and shot with a 9mm: 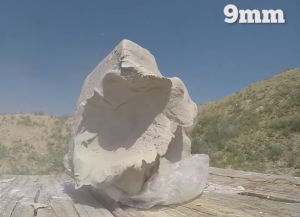 I'm certainly no expert on the topic but it didn't take a full research team to discover that most of the situations I could find online where law enforcement officers took a shot to a vest, the officer was hospitalized. I reviewed a video from Kalamazoo in which an officer takes a shot to the vest that knocks him rearward to the ground and takes him out of the fight completely.

The idea of potential injury when being shot in body armor is significant enough to have its own term in the industry. “Behind Armour Blunt Trauma” (BABT) has been defined as non-penetrating injury caused by the rapid deformation of body armor.

In one study I reviewed; from 50 total instances in the data pool TYPICAL injuries included skin laceration and penetration, rib fracture, contusions to lungs, kidneys, spleen, and (rarely) the heart.

2: Are You Telling Me You Think This Will Keep Mass Murderers From Getting Body Armor?

Help me understand Mr. Schumer. Are you suggesting that asking people to undergo a background check to get body armor would somehow keep these horrible humans from getting it?

In fact, it is an alarming pattern. Most of the mass shootings of the last decade are carried out by people with no prior criminal record that would disqualify them from passing background checks.

Think about this logic. If someone carries out a mass shooting then they have a gun right? If a background check were required to get body armor (like it is a gun), then however that criminal got the gun they could get the body armor the same way.

Of course, it is also worth noting that if passed this new law will do nothing to keep crazies from getting body armor so of course, the next proposed legislation will be to get rid of body armor all together. An outright ban. That is the slippery slope that lies underneath most of these types of proposals.

3: You Want to Strip Away A Tool That Protects People

So the only thing this kind of regulation would do is add inconvenience and cost to law-abiding citizens who want to own body armor.

Body armor is a legitimate defensive tool that can protect people. My children have soft panel armor panels in their backpacks at school as I'm writing this. Odds of it making the difference in saving their lives are relatively low but I'm a parent and I'm inclined to give them any potential advantage I can give them.

As a firearm instructor, I often wear body armor when I'm on the range with students. I think of it as part of my safety gear the same way a construction worker puts on a hard hat.

I keep body armor next to one of my gun safes at home. If I have to face a home intruder and time allows for it I will strap it on as I grab and deploy my defensive weapon. After all the only thing it really does is decrease the odds of dying when shot. I can't understand why we would want to regulate something that performs that one single function.

Maybe I'm way off base on this one but I think Mr. Schumer is ignorant about the topic and I hope that everyday American voters will see through the crazy propaganda and protect our right to own a defensive tool without burdensome processes and regulation that will eventually, in my opinion, lead to the outright ban of body armor.

Leave your thoughts in the comments below. Also check out our body armor selection, here.