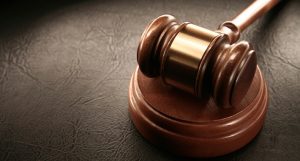 Major news coming out of the Ninth Circuit Court of Appeals as the court, in a 2-1 ruling, said that the ban on “large capacity magazines” is a violation of the Second Amendment of the United States Constitution.

Circuit Judge Kenneth Lee penned the majority opinion and was joined by Judge Consuelo Callahan in the case that was brought forth by the California Rifle & Pistol Association.

The case is known as Duncan v. Becerra.

The California Attorney General Xavier Becerra has not commented if he would ask for the ruling to be reconsidered, or if he'd bring it to the US Supreme Court.

The latter will likely not happen because they'd never chance a ruling at the Supreme Court level, because of the chance that it would cement gun rights even further.

I mean, shall not be infringed, right?

Because California isn't the only state in the Union that bans “large capacity magazines” this could help set policy in the future. Judge Lee said in part of his 66-page statement the following:

We understand the purpose in passing this law. But even the laudable goal of reducing gun violence must comply with the Constitution. California’s near-categorical ban of LCMs infringes on the fundamental right to self-defense. It criminalizes the possession of half of all magazines in America today. It makes unlawful magazines that are commonly used in handguns by law-abiding citizens for self-defense. And it substantially burdens the core right of self-defense guaranteed to the people under the Second Amendment. It cannot stand.

And of course all of this comes during the frenzy buying that we're currently finding ourselves in with more gun owners than ever before in recent times rushing to the stores to buy.

We're all hopeful that these people will remain pro-gun.

Californians can't currently buy these magazines just yet, according to another source I read.

There is currently a stay put in place by the lower court, and buying these standard capacity magazines cannot happen just yet. There is also the chance that the AG may attempt to delay the ruling to limit a buying spree, but that just seems to be delaying the inevitable at this point.

It's an excellent day for the Second Amendment and for gun owners everywhere, even if this only affects the citizens in the 9th. We all rejoice as Americans.