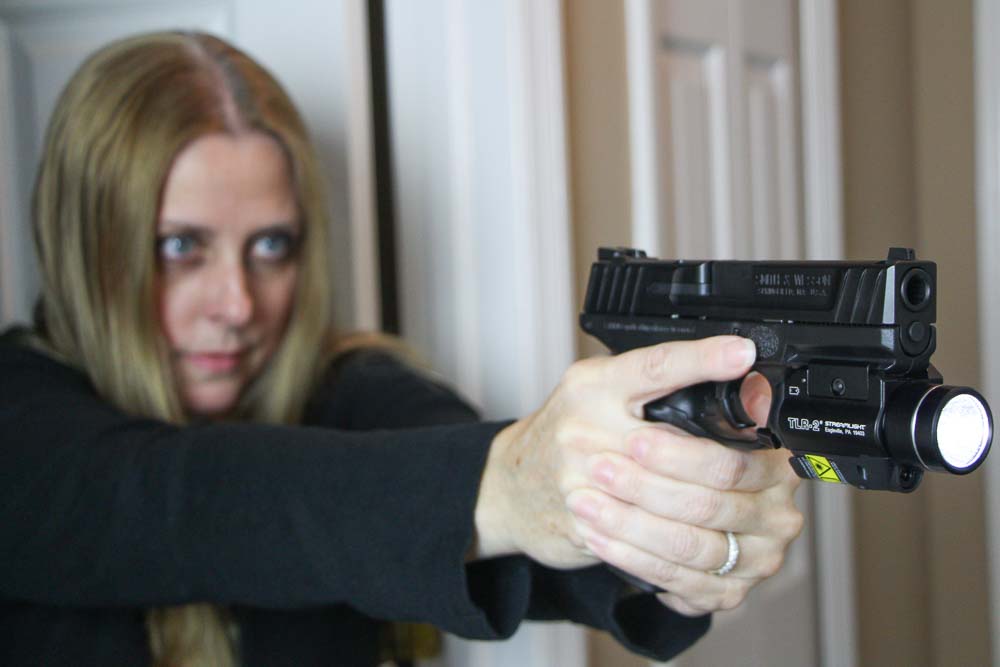 I love Fridays. I've kind of dubbed it my day of the week to rant and shout from the rooftop about the idiocy of whomever's turn it is. This time around, I was fumbling around on Twitter and saw this gem:

There is NO research to support the notion that owning a gun increases safety for women.

Tell your rep to vote YES on VAWA and reject any efforts to add guns to dangerous situations: Text VAWA to 644-33 and we'll connect you. pic.twitter.com/pttgaQSyUu

When I see things like this when there is so much evidence to the contrary it makes me wonder what flavor Kool Aid they've got, and if they actually do believe this nonsense.

I mean, all you really have to do is take a look around to see women defending themselves DAILY against bad men with intent to harm.

And, those are just the stories that are reported on. Many of them go unnoticed because of any number of reasons. Most of the time, it's just because no shots were fired and therefore not deemed “newsworthy.”

Lucky for you, we report on stories like this every single day. Now, I'd be lying if I said that they were all women, because they're not. We believe that anyone who has the ability to defend him or herself should be allowed to do so, so we report on all these stories.

Well, not all of them. If that were the case Brian would likely lose his mind from being overwhelmed. Yes, there are THAT many stories of self-defense with a firearm that take place throughout the country on a daily basis.

And, yes, Brian is the only guy who covers them unless I'm feeling froggy.

So how do you find these stories? Take your state and do this with it: NorthCarolina.ConcealedCarry.com. Just replace my home state with your home state.

It'll take you to our state site for your home state, and you can check the news going on there by clicking on the “News” in the menu.

As a side note, you can also view any training we've got going on in your home state, as well.

We have websites for all 50 states, but some of them don't have any news. Hawaii for example, doesn't have any stories on it just because they're not very friendly towards gun ownership.

Then again, we have tons of stories in places like California, Maryland, New York, etc. So, feel free to plug your state in and read Brian's latest stories.

Now, onto the point. Women DO defend themselves with guns, regardless of what anyone says to the contrary. We have stories to prove it. Let's dive in —

Woman fires shot at mumbling burglar in her Georgia home. This was a story Brian reported on this week.

Here is one where a woman fatally shoots a man she was “vigorously” fighting with, who jumped on her back after she was able to get away. This one was also reported on this week.

This next one, also reported on this week, is a little different from the rest in that a husband shot an intruder who was looking for his girlfriend. The only woman in the house was the wife. I wonder, what would have happened to the wife had the husband not had his gun?

Here's a video of one woman protecting another woman from an attack. This guy hit this woman so hard he gave her a concussion. What would have happened had she not pulled her gun out? (This one auto plays, so you may need to refresh your browser and scroll back down to get the right video to play.)

This next video is a reenactment of something a little different. This lady had a stalker for 6 months. She tried all she could do to prevent him attacking her. She got a restraining order against him, and even moved.

None of it was enough, and one day he kicked her door down where she was waiting for him at the top of the stairs with a firearm.

Finally, we see what happens when a woman is brutally attacked and beaten by multiple men. She, unfortunately, takes the beating because there isn't much she can do. That is, until she gets a gun.

She was able to get away and get her gun, shooting at her attackers after they tried to force their way inside to continue the attack

The cowards fled because that's what cowards do. Check it out here:

I could go on, but the truth is, I don't have to. I don't have to because there are a lot of stories available where regular people and/or off duty police officers use their firearms in defense of themselves and others on a daily basis.

It happens even though our opposition tells us it does not. So, while there may not be “any research” that supports this notion, all one has to do is a simple search.

The truth is obvious and we've presented some evidence, here. Leave us a comment to tell us your thoughts.

2 Responses to Guns Save Women Lives, Over and Over