Join Our Newsletter
Shop Our Store
MAIN MENUMAIN MENU
By Craig Martin on May 15, 2017 in Justified Shooters 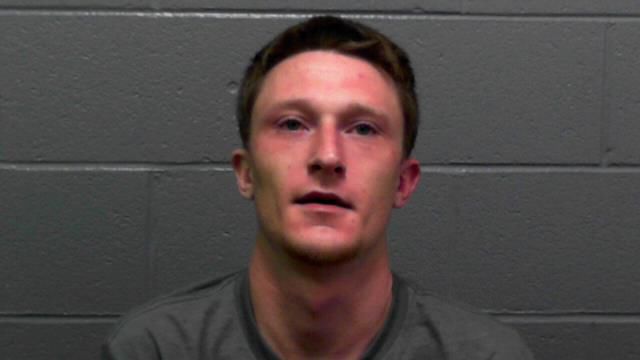 A concealed gun carrier exercised his Second Amendment right to self-defense after he was the victim of an attempted robbery while working the desk of a motel in the middle of the night. This defensive gun use did not result in any shots fired, something rarely heard about.

24-year-old Austin Jeremiah Lodge, of West Virginia, is now in jail after he went to the Sutton Inn Motel, in Clarksburg, in an attempt to rob it.

However, his attempt was far from successful after he ran into the wrong clerk, who is willing to defend himself with his legally owned firearm, according to a Clarksburg police report.

According to reports, the young man showed up at the motel at about 2 a.m. dressed in a black hoodie, jeans with sequins, and wearing earrings, Clarksburg Patrol Officer Dan Ingles said in an interview. The suspect also covered his face with his hand, according to the criminal complaint, and then said, “Don’t make me pull my piece,” before demanding the money in the cash drawer.

That’s when the clerk, whose name has not been released, pulled a firearm and sent Lodge packing without any valuables, according to the criminal complaint.

Following the failed attempt, Lodge then left the motel's grounds and headed toward a Kroger Co. store a few streets away. Officers found Lodge at another hotel, the Sleep Inn, according to Ingles.

Since then, Lodge has remained in jail on a $100,000 cash-or-surety bond set by Harrison County Magistrate, Tammy Marple.

The first-degree robbery charge filed against Lodge carries a minimum prison term of 10 years and has no upper sentencing limit.

However, such a case, that doesn't even involve the pulling of a trigger, is still a defensive gun use simply because the gun was used as a deterrent to a crime against someone who may have meant harm.

Having a gun on you means to have a tactical advantage, leveling the playing field. This is true especially in cases where there may be a disparity of force. And having added confidence and skill behind the trigger with proper training, whether the trigger is pulled or not, can give you the upper hand in many situations.

Just remember, you're not practicing and carrying so you can be Jason Bourne. You're doing it so that you can survive.

Do you think the concealed gun carrier will lose his job for protecting himself as many others have? It happens more than it should. Let us know what you think should happen in the comments below.

By the way, does your workplace have a no firearms policy? If so, hit that link for ideas on how to go about handling this.

Episode 121: “Don’t Make Me Pull My Piece” Robber Gets a “Piece”
How to Draw a Gun From Concealed [VIDEO]