Walther followed up its new PDP-F Series semi-auto handgun, designed specifically for females, with another new release, the WMP or Walther Magnum Pistol. As the name implies, this handgun uses a .22 magnum cartridge. 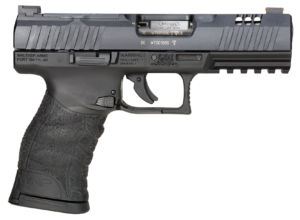 Walther already has a pretty decent rimfire, plinking pistol chambered in .22LR called the P22. However, the WMP may appeal to shooters with needs than the P22 can't fill.

First, the WMP is larger than the P22.

Not only is it larger than the P22, it's larger than other recently released .22 semi-auto handguns, such as the Sig Sauer P322, Taurus TX22, and Glock 44. Granted, those are chambered in the smaller .22LR so not exactly apples to apples comparison. 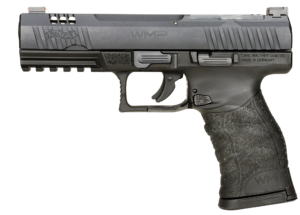 Both Rock Island and KelTec make semi-auto handguns in .22 magnum. These are the XT22 (not to be confused with Taurus' TX22) and PMR30, respectively.

The WMR is like the P22 because it is a hammer-fired semi-auto, but does not have a manual external decocking safety lever. Unlike the P22, the WMR doesn't have the annoying magazine disconnect. 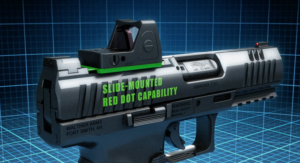 The WMR comes optic ready using an adapter plate system and has an interesting “hybrid” magazine release mechanism. The pistol uses both a paddle and button-style magazine release. This is a nice feature, as people either love or hate the paddle mag release on the P22. The slide stop on the WMR is longer, ambidextrous, and looks much more intuitive for the shooter to operate. 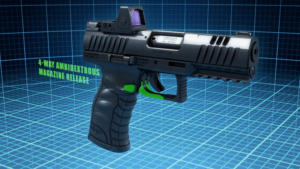 Who is the WMP For?

The .22 Mag is not a popular self-defense cartridge, but is far more capable compared to the .22LR round. Additionally, the .22 Mag produces less recoil, and is quieter than popular center-fire, self-defense cartridges. It may be a little larger than some would prefer for an everyday carry (EDC) handgun, but certainly not too large. The WMR may appeal to you for EDC or as Walther has marketed the gun, an option as a sidearm whilst hunting or in the outdoors.

I haven't shot the gun or even got my hands on it, so I can't speak to its reliability, availability or ergonomics. If you want to learn more about the Walther WMP semi-auto pistol in .22 Mag, click here. 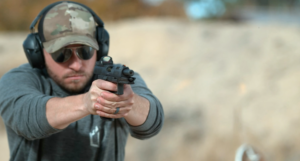