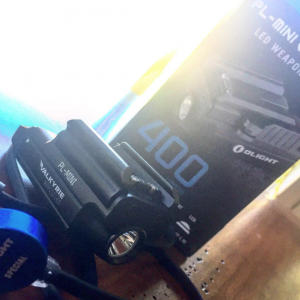 Last month, Olight made it official. In response to customer demands, they released a mini version of their popular weapon-mounted light, the PL-2 Valkyrie

You can read all about my take on the original PL-2 in this piece I recently wrote.

While the PL-2 is a solid tactical light, more concealed carriers are putting lights on their everyday carry (EDC) guns. So it makes sense that people want smaller options. This was evident with the success of the super small Surefire XC1.

Olight gets into the mini tac-light field with the appropriately named, PL-Mini Valkyrie. The PL-Mini gives shooters many reasons to consider it for their EDC or home defense gun. In fact, Jacob and Riley recently put together a very informative two-part podcast episode discussing weapon mounted lights.

I know how much people love stats, so here is how the PL-Mini compares to the original PL-2. 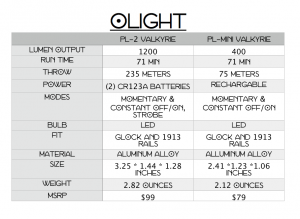 As you can see, the mini is different from its bigger brother in many ways. First, besides being smaller and lighter the Mini's output is 400 lumens. Modest compared to the scorching, sun-like 1200 lumens of PL-2. And the Mini's throw is a reasonable 75 meters compared to 235 meters for the PL-2.

400 lumens may sound like nothing when compared to 1200. But in reality, the 400 lumens of the Mini is completely appropriate for a handgun and in line with other lights in its class. You can even see me compare the brightness of the two in the video below.

Runtime is identical at around 70 minutes. This is shorter than some other comparable lights, by around 20 minutes. For me, the difference in run times is negligible and 70 minutes is totally sufficient for what I need.

Both lights are water resistant, shock resistant, and made of an aluminum alloy. These lights, like other products from Olight, are not flimsy knockoffs. They feel well made and all the attention to detail you would expect is there. As far as warranties, the PL-2 comes with a 2-year and the Mini, a 5-year.

The mini and the original can be attached to either Glock or Picatinny (1913) sized rails. The method of attaching the lights is also the same, a clamp that tightens with a lever. This allows the light to be quickly installed and removed without any tools.

Both lights have ambidextrous controls with the difference being the way the light is activated. The PL-2's switches require inward pressure, while downward force engages the Mini's light. Each unit has intermittent and constant on/off activation. The Mini forgoes the strobe mode found on the PL-2. I personally don't find a big case for a strobe, so this wasn't a concern for me. I found the switches on both to be responsive, functional, and easy to engage. 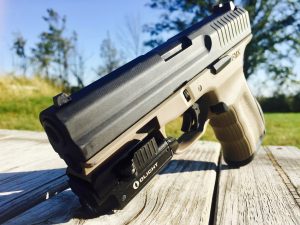 The PL-Mini is a compact and solid performing light for your handgun.

The biggest difference and coolest thing about the Mini is something I haven't yet mentioned, its power source. The PL-2, along with most other lights run on replaceable batteries. Most lights, including the PL-2 use high-power, CR123A batteries.

The Mini is different in that it is rechargeable. An included cable has a USB connector on one end and a magnetic disc on the other. To charge the light, plug it into a USB port, and slap the other end onto the corresponding circle on the bottom of the light and you're in business. No need to try and insert a small plug into the light to connect the charger. The cable has an indicator if the battery is charging and when it reaches a full charge. It took me around 30 minutes to recharge a completely dead battery. 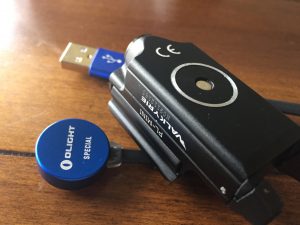 The PL-Mini's rechargeable battery is slick, and can even be used while the light is still attached to the gun.

I love the convenience of being able to recharge the light, and know I always have 70 minutes on a full charge. Plus, the method of charging allows you to charge the light with it still attached to the gun.

The PL-Mini checks a lot of boxes when it comes to function and specifications, which could make it your choice for a weapon mounted light. One thing that sets the Mini, apart from the competition is the price point. At around $79 MSRP, the Mini is incredibly affordable. With similar products in the neighborhood of $200, you can't get a better bang for your buck.

The wait is over, you can finally check out the new PL-Mini Valkyrie on Olight World's webpage.