There are times when you might not be able to carry your gun for one reason or another. Or maybe you want to use a less-lethal tool for self-defense. Either way, it's a good idea to have some other self-defense options, as well as the knowledge on how best to use them.

The biggest thing here, is that the laws in all 50 states will vary greatly from one to the next, and if you want to stay compliant with the laws in the state you're in, you should know the laws regarding that tool.

Some states regulate pepper spray, while most do not. To my knowledge as of right now no states say it's illegal to use pepper spray for self-defense, but they regulate who can use it, what size container you can have, etc.

Always check the laws where you are to make sure you are legal before purchasing. Matthew goes more in depth on the use of pepper spray in this article. As someone who has had to go through pepper spray training, I can say that it is an effective way of stopping an attacker.

Just make sure you don't use an imitation pepper spray. Always make sure you buy one that is oleoresin capsicum spray. We usually recommend someone like POM.

The main benefit of using pepper spray is that the bad guy doesn't have to be right on top of you in order for you to defend yourself because the stream usually shoots pretty far.

Also, this is a less than lethal form of self-defense, meaning that most people won't die after being sprayed in the face with OC spray.

Although, they may feel like death is a better option. 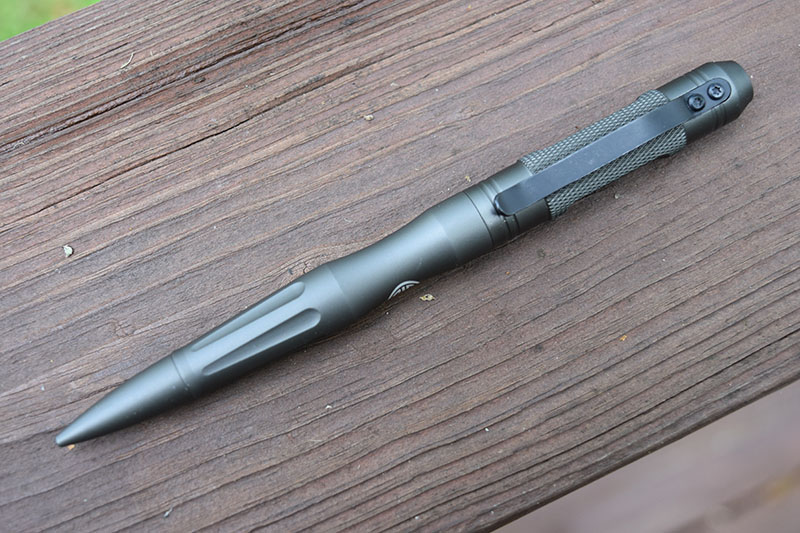 Obviously, a strong, self-defense pen like the one we have in our store is a good thing to have. It can pull double duty as a writing utensil, as well as a self-defense tool.

But what if you don't have a self-defense pen? Will a regular plastic pen work in a pinch? It's obviously not the best idea, but if you had to use a plastic pen as a weapon, you could.

This is something that I've practiced with. You can totally stab a Bic pen into a watermelon or pumpkin. You would not be able to get past bone, but soft tissue punctures will definitely wreck your attacker's day.

Unlike a pencil, which we all know is one of John Wick's favorites, a plastic pen will bend a lot before it breaks allowing for multiple, quick jabs.

Still, I recommend getting yourself a pen meant to withstand the trauma it would take. 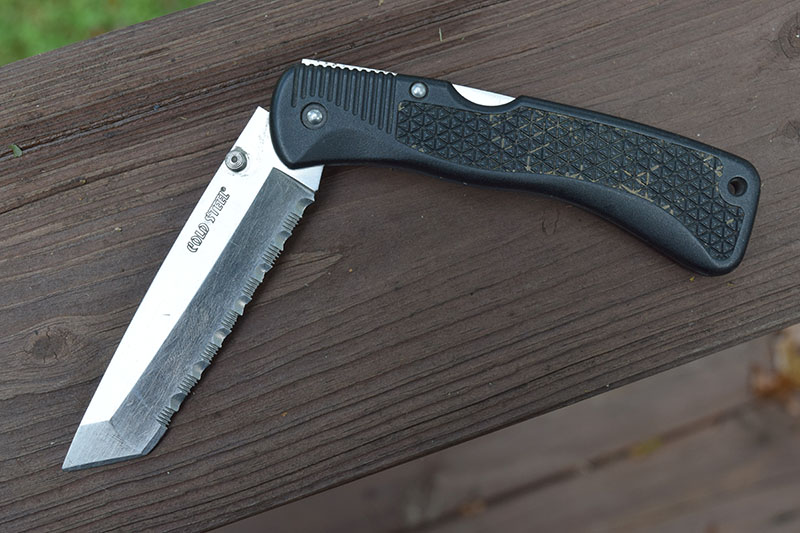 Knives are generally the most heavily regulated item on this list.

Think about it like this, if you did the research on and spent time finding the right gun for your defensive purposes, you landed on something that actually works when you pull the trigger.

Your knife, whether you plan to use it for self-defense or opening cans, also needs to be of decent quality. It needs to be something that you can trust your life to if you ever need it.

This means that going to the flea market and browsing the no-name knives made with shoddy steel is the last thing you'd want to do. I have had some of those knives before and the quality is usually not good. Most of them have broken on me after limited use.

The ones that haven't broken are the ones I have not used for any serious activity.

A good knife, like the above-pictured Cold Steel folder will last you a long time. I've had that knife for more than 20 years and, while it doesn't hold an edge anymore this is a travel knife that will get the job done if needed.

A knife is obviously a lethal tool and, much like your gun, should only be used as a last resort when you feel like your life is in danger.

It's a good idea to have a few different options for self-defense just in case you're ever in a spot where you cannot use your gun for whatever reason.

What's your go-to? Let us know in the comments below.

One Response to Other Self-Defense Options