Join Our Newsletter
Shop Our Store
MAIN MENUMAIN MENU
By Joshua Gillem on March 21, 2018 in Gear 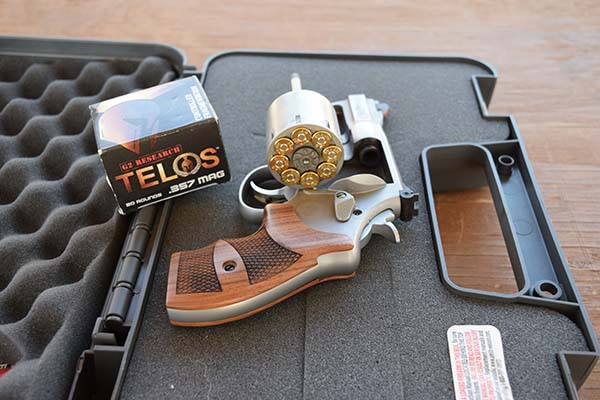 Every so often I get the distinct pleasure of testing ammo. Sometimes I enjoy this more than firearm tests, because I get guns sent to me quite often. Ammo, on the other hand, is sent to me only on rare occasions. Though, those companies who make both guns and ammo, usually send both. After all, they know that their guns will work with their ammo. At least, they better work with it!

This time around, I was given (no, not to keep) a S&W 627, 8-shot .357 Magnum to test as an EDC concealed carry gun, but, for some reason, most of my local gun shops didn't have any of the correct corresponding cartridges in stock for me to do a proper test. Rest assured, that small ammo shortage is long since over, and I've been able to test that gun properly with many different kinds of .357 mag ammo as well as with a variety of .38 Special. 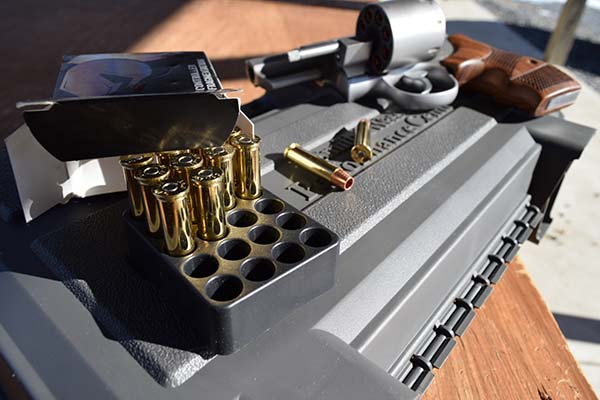 That review is in the works, as soon as I can figure out some technical difficulties with my gear (camera, etc).

Anyway, right around the time I got the Model 627, a representative from G2 Research reached out, asking if I'd be willing to test out some ammunition. And, I mean come on … That's like going to the range and shooting for free. Not only am I shooting a gun that's not mine, but I didn't have to pay for the ammo either? For Real? Sign me up!

The caveat to this, is that I'd have to do something on the G2 Telos ammunition, as well. Problem is, I have no way of recording speed, nor of effectively conducting a penetration test. So, what's a guy to do? 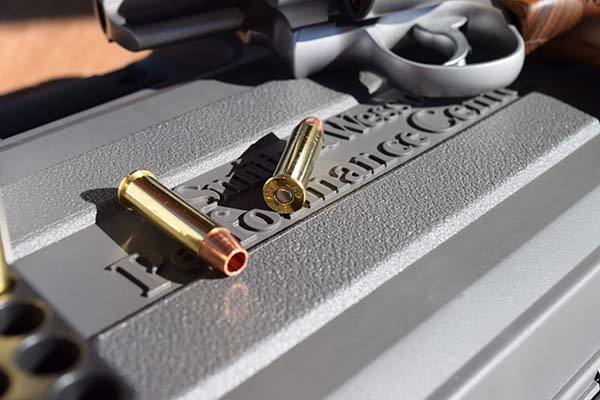 Well, let me start by saying ammo tests are always interesting. Everyone has their own method of doing them, and rarely do two different people do them exactly the same way. Some test for speed, while others want to test penetration or expansion. Some folks use professional looking things like ballistics gel, while others use jugs of water.

It may be upsetting for you to know that I didn't actually do any of those things, and that this particular ammo review is more of a by-product to a gun review, than a stand-alone ammunition test.

I do apologize for not having a chronograph or ballistics gel, but I don't have the means to buy that stuff. So, really the only way I test, is for accuracy and reliability.

Before I get to that, though, let's take a look at what makes this self-defense ammunition different from most of the stuff out there on the market right now. First, most ammo is copper-plated (or jacketed) lead. From there, you either have hollow point ammo, or flat nose, or one of the less-popular types of ammo like semi-wadcutters and the like. 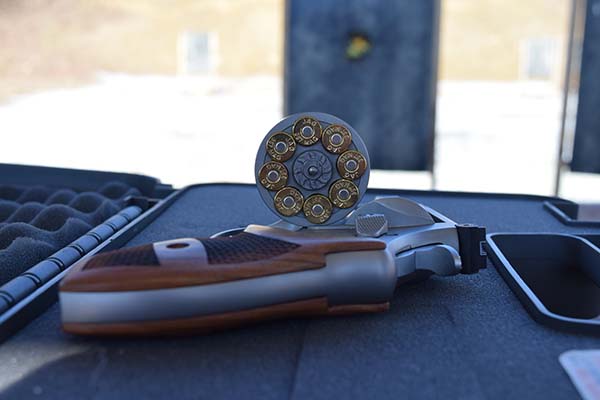 These particular self-defense cartridges are just copper. Each projectile is designed to split apart into several smaller projectiles once it hits something like a human body. This is good for a few reasons, but generally speaking, does more damage because there are more projectiles traveling through your attacker. The term they use to describe this ammunition, is controlled fragmentation.

They claim 12 inches of penetration from the magnum cartridges (10 inches from .38+P), along with 7 separate wound channels. That sounds pretty devastating, and I'd hate to be on the receiving end.

I can say that I tested out a few hundred rounds of ammo, chambered in both .357 magnum and .38 Special +P, and I ran this ammunition through three different guns. Well, the Charter Arms Snub is in .38 so I only tested that caliber in that revolver. Because, as you likely know, you can shoot .38 through a .357 chambered gun, but not .357 through a .38-only chambered gun.

As expected, each round went bang.

I also used the test gun, a S&W 627 magnum revolver, and a Henry Big Boy, lever-action rifle for both chamberings. Again, each one went bang and cycled smoothly in both firearms.

There were no malfunctions or light-strikes of any kind, which is always good for self-defense ammo. 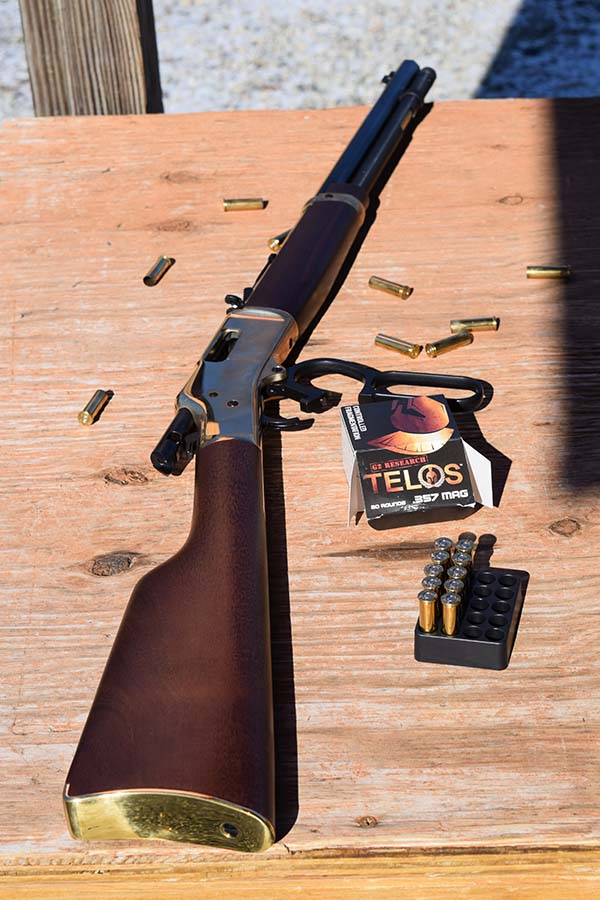 As far as accuracy is concerned, I don't have any target pictures for the Charter Arms Off Duty's target, but I was able to hit my target at defensive distances, like 5 and 7 yards. What I do have pictures of, even though you'll have to look closely, is 7 yards with the 627 test gun, and 25 yards with the Henry Rifle.

First, here is a picture of the revolver. These shots were fired rapidly, in the offhand (standing) position. Not the tightest groups, but I wasn't shooting for tight groups. In my opinion, each one of them is a threat-stopper. 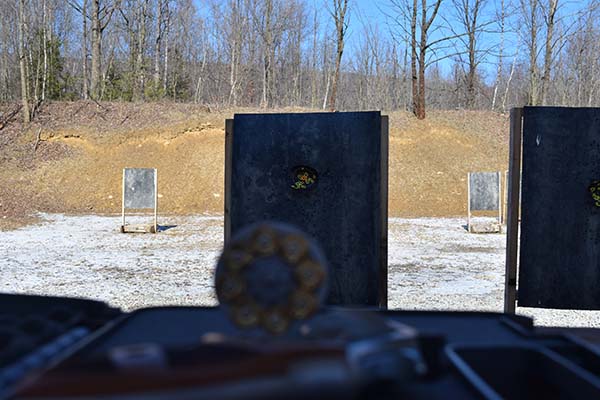 Next, we have the Henry Big Boy in .357 Magnum at 25 yards. Again, here I was standing and shooting an un-sighted in rifle. I was shooting just below the orange bullseye, but each shot landed in the same area, which is really hard to see in the below picture: 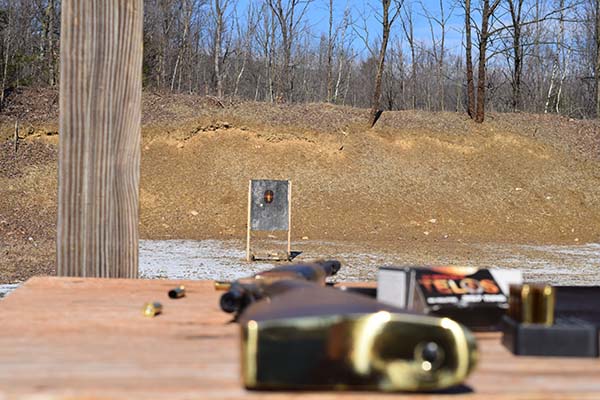 Overall, this seems like some good ammo to use in your self-defense revolver that works well and is accurate enough for defensive situations. For more information, check out their website, here.

What I'd like to know, just for giggles and spits, is what is your chosen self-defense ammo.