In this episode of SHOP Talk, Riley busts the trigger finger placement myth that has been running around shooting circles for a long time. The myth, of course, is that too little or too much trigger finger on the trigger as you're pressing will cause you to miss your target. 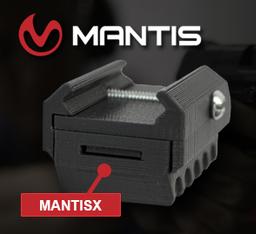 I've seen it dozens of times. Someone on Flakebook or some other social media platform posts a picture or video with him/her shooting for one reason or another. If the finger is even slightly to one side, the internet warriors come out from under their keyboards accusing the shooter of sucking simply because “your trigger finger placement is off.” Here is such a post from the NRA.

I have personally figured this myth out before, trying out different-sized guns with my massive man-meat hands. Certain guns just require me to put more trigger finger inside that guard than others. It's either that or sacrifice my grip for my trigger finger placement which I'm NOT willing to do.

Why? Because as Riley will show us in the below video using his own personal MantisX, trigger finger placement will not really hurt your accuracy at all.

Instead of too much or too little trigger, as pointed out in the video, it's more important to figure out how to press your trigger, which Riley shows how to do, in this week's SHOP Talk video, here:

There are so many other things to work on when shooting — like your grip, HOW you manipulate your trigger, sight alignment, etc., that should be focused on instead of just the placement of your finger.

The tool Riley was using in his SHOP Talk video is called Mantis X.

In our new Shooting Fundamentals Course, we tackle some of these dogmatic principles that have been taught for a long time. The course covers the basics, but in a brand new way so beginners and higher-level shooters will both be able to learn something.

Get a Mantis X:

For the rest of this week only, ending on Sunday evening, you can save 15% off your purchase of a Mantis X by putting the code MantisTalk at the checkout. You can find the Mantis, here.

You can also read Matthew's review, here, if you want to find out more information.

Walmart No Longer to Sell Firearms in NM
Under 1,000 Of The Estimated 1.5 Million NZ Guns Turned In