As far as semi-automatic handguns go, the 1911 is the only one that truly earns the title ‘iconic.' Like it or not, the gun designed by John Moses Browning continues to be the favorite handgun for people across the globe. But just because people like it, does it mean the gun is a good everyday carry (EDC) gun for self-defense?

Believe it or not, I don't think people always want to hear my opinion on every topic related to guns. And in regards to this question, countless people have given their opinion in writing. 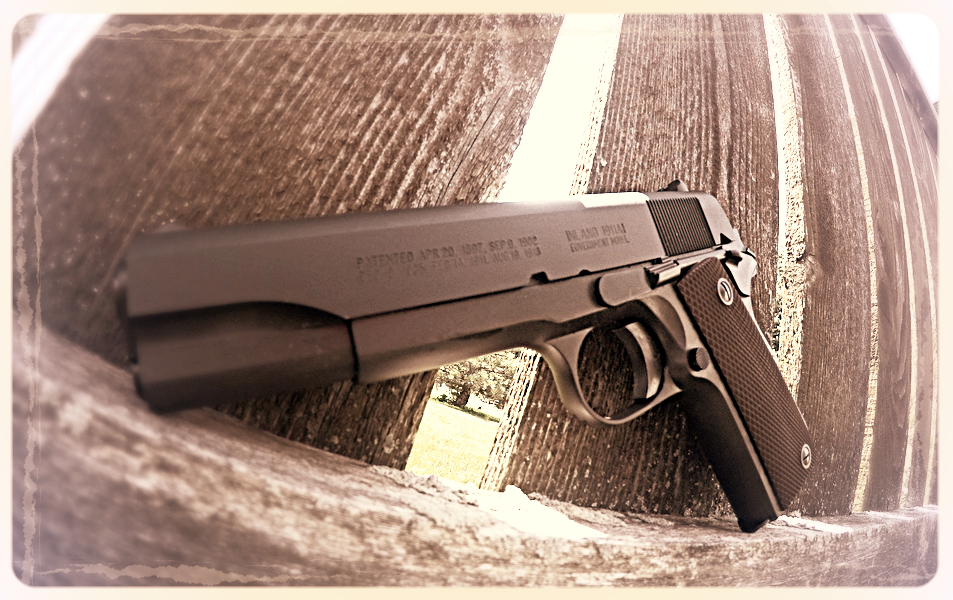 So I decided to do something a bit different.

I searched the internet and found dozens of articles written on the topic. I only considered posts from websites or authors who are well known and whose opinions the industry respects. I treated the reasons and reasoning presented on both sides of the topic sort of like a judge in a courtroom.

In other words, I'll be neutral. In fact, I may not totally agree with the point.

In the end, I'll give you my opinion, that you can either agree with or disagree with and cancel me forever.

Let me also add that most of the arguments made for or against the 1911 are also applicable to the modern 2011 semi-automatic handguns. I'll attempt to differentiate the difference between the two where it makes sense. 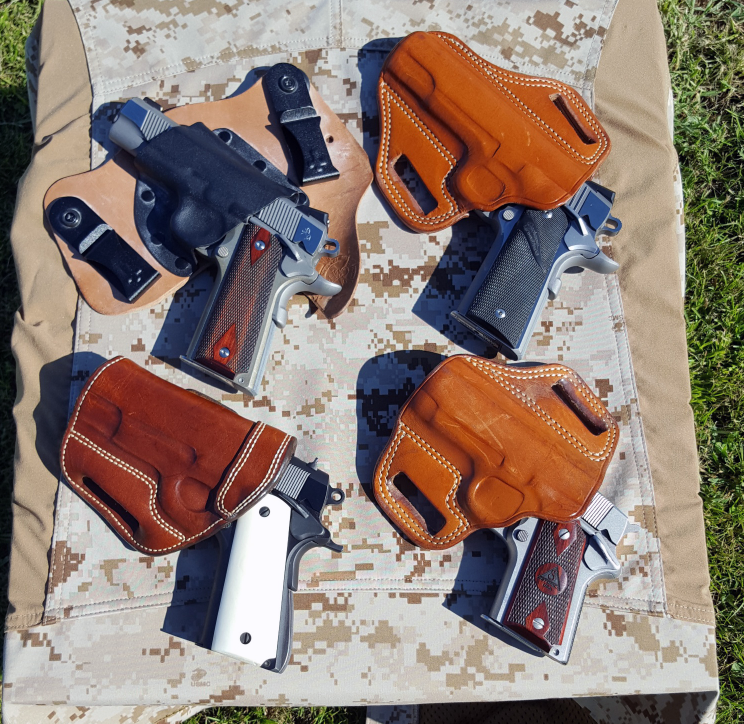 Typically when I place a 1911 in someone's hand for the first time, they say something like, ‘wow, that feels nice.' One reason is that Browning designed the gun with a grip angle that makes it (what proponents of the 1911 call) pointable. The grip angle facilitates a natural presentation of the muzzle toward the target.

The 1911 isn't the only gun with a manual external safety. However, the 1911's ergonomics make it easier even for those with small hands to manipulate the safety without breaking their grip.

I'll add in the argument that the gun ‘feels balanced' as part of the ergonomics. Partially because of its construction and its design, the 1911's wight seems evenly distributed so as not to feel muzzle heavy.

Those who have shot a 1911 with a finely tuned, crisp, breaking trigger know how satisfying it feels. A single-action trigger requires less force, and therefore it's less likely the shooter will induce movement during the shot. In essence, the lighter trigger, in addition to a short pre-travel, should produce increased accuracy.

It stands to reason that a slimmer gun will be more comfortable when carrying it inside (IWB) or outside (OWB) the waistband. Furthermore, since the 1911 uses a single-stack magazine, the grip is thinner than the double-stack, semi-automatic handguns popular today. Not only does this help with concealability, but those with smaller hands may feel like they can grip the gun better. 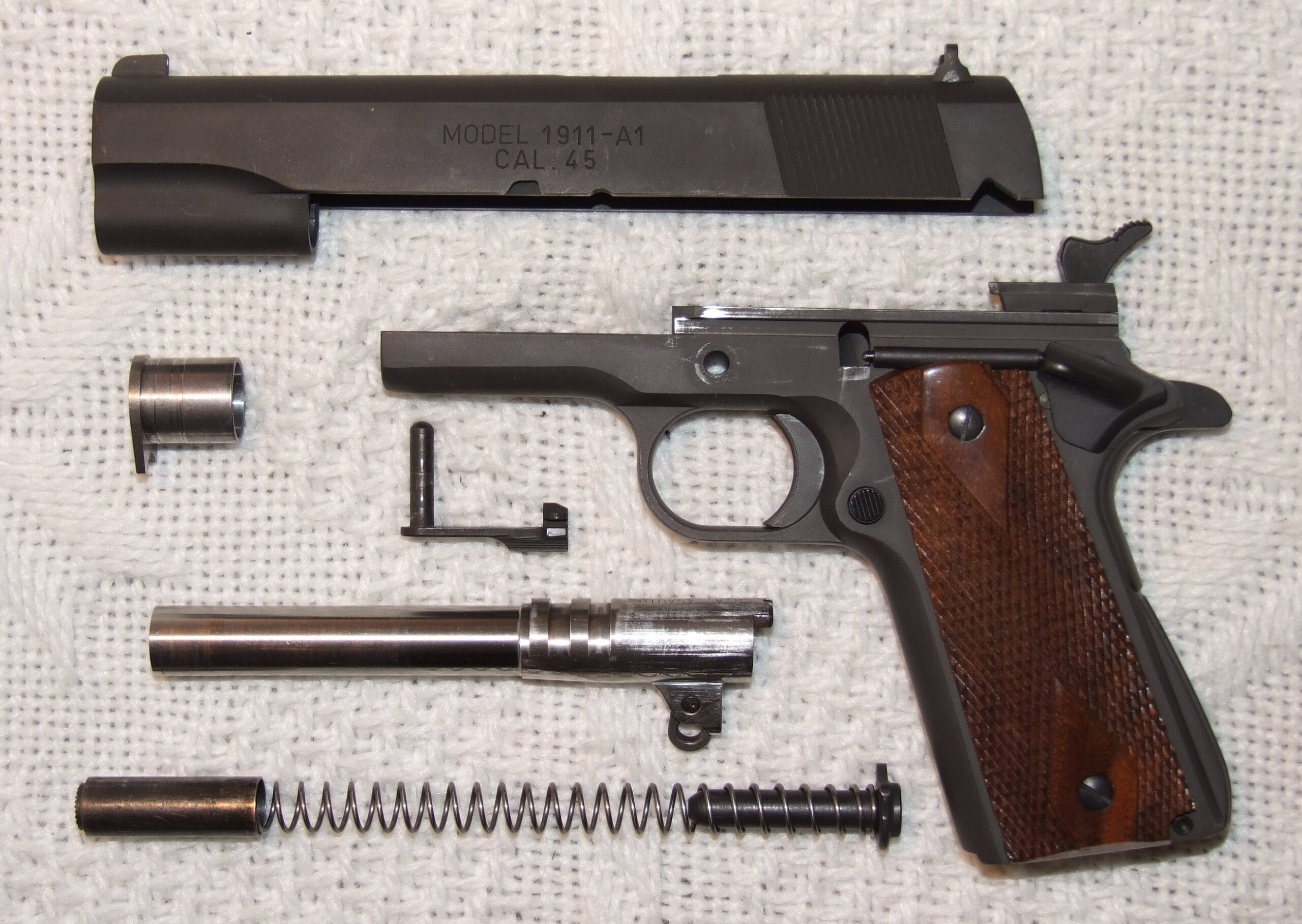 If you can think of a product to modify a gun, you can likely find one for the 1911. Enhancements to the trigger, grip panels, sights, and internal components make the 1911 a fully customizable gun.

A design that has remained nearly unchanged for over 100 years has a pretty good track record. Plus, it was the handgun issued to the military as late as the mid-1980s! Plus, it won two world wars. Sorry I had to throw that in there for fun. 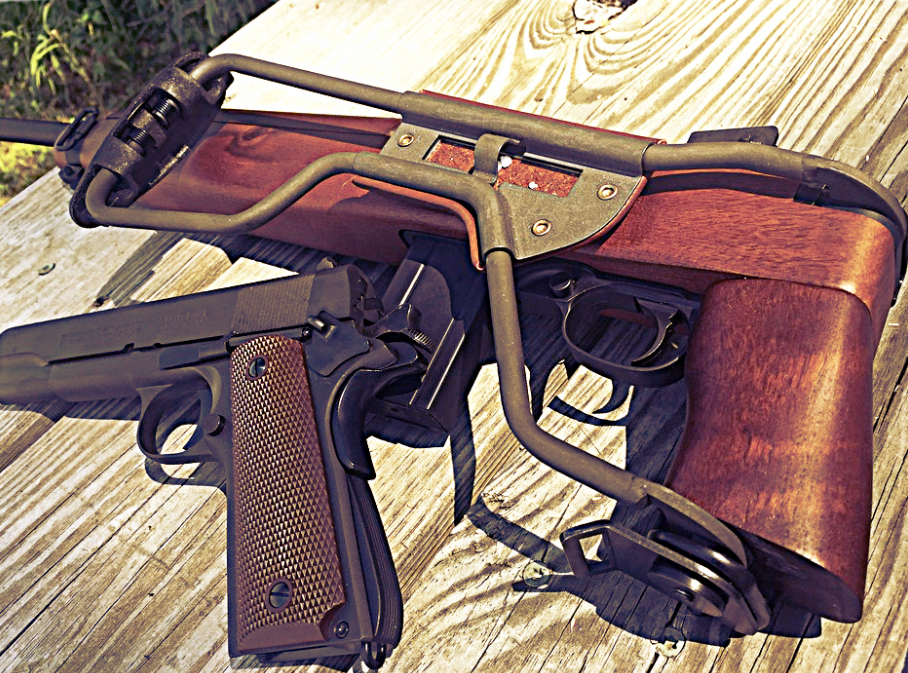 The reasons are given above for the 1911 as an EDC gun seem pretty sound. But let's see why some people in the know say you shouldn't consider the 1911 for everyday carry.

As you read, let me remind you I'm impartial at this point, just listing the arguments I've found against the 1911. So don't grab torches and pitchforks and head to my house just yet.

Many instructors attest that they see more malfunctions from 1911 handguns and their variants in their classes. Of course, many of these failures and malfunctions are often attributable to the user. However, that doesn't allow us to dismiss this phenomenon outright. Additionally, the smaller calibers like 9mm and .380 seem to be involved in a higher proportion of these malfunctions. 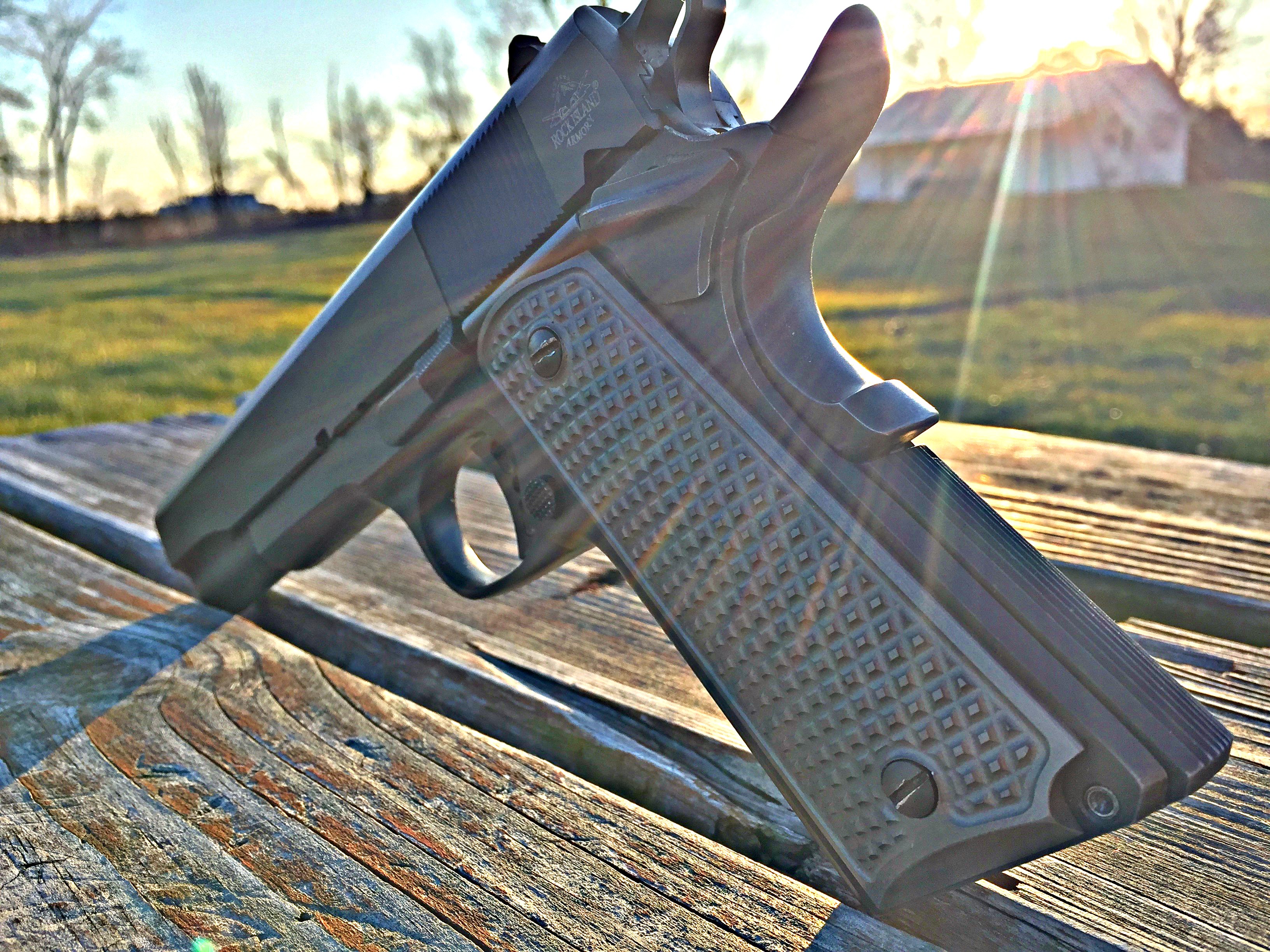 Guns aren't really complicated, especially when compared to, say, your smartphone. But comparatively speaking, the 1911 has a more significant learning curve to operate proficiently.

This ‘complexity' is due, in part, to its having two safeties: one manual external safety and one passive safety. Too often, folks who do not regularly train do not reactivate the safety each time the gun goes back into the holster. Therefore, training with the 1911 must include developing the process of sweeping the safety off during the draw stroke. But, of course, for a new shooter, this adds one more thing to learn.

The passive grip safety must be completely depressed before the gun can fire. It can be a good thing, unless you happen to have a weak or compromised grip that doesn't achieve the goal. Compared to the grip safety on Springfields XD series handguns, it's less common, but it still happens. 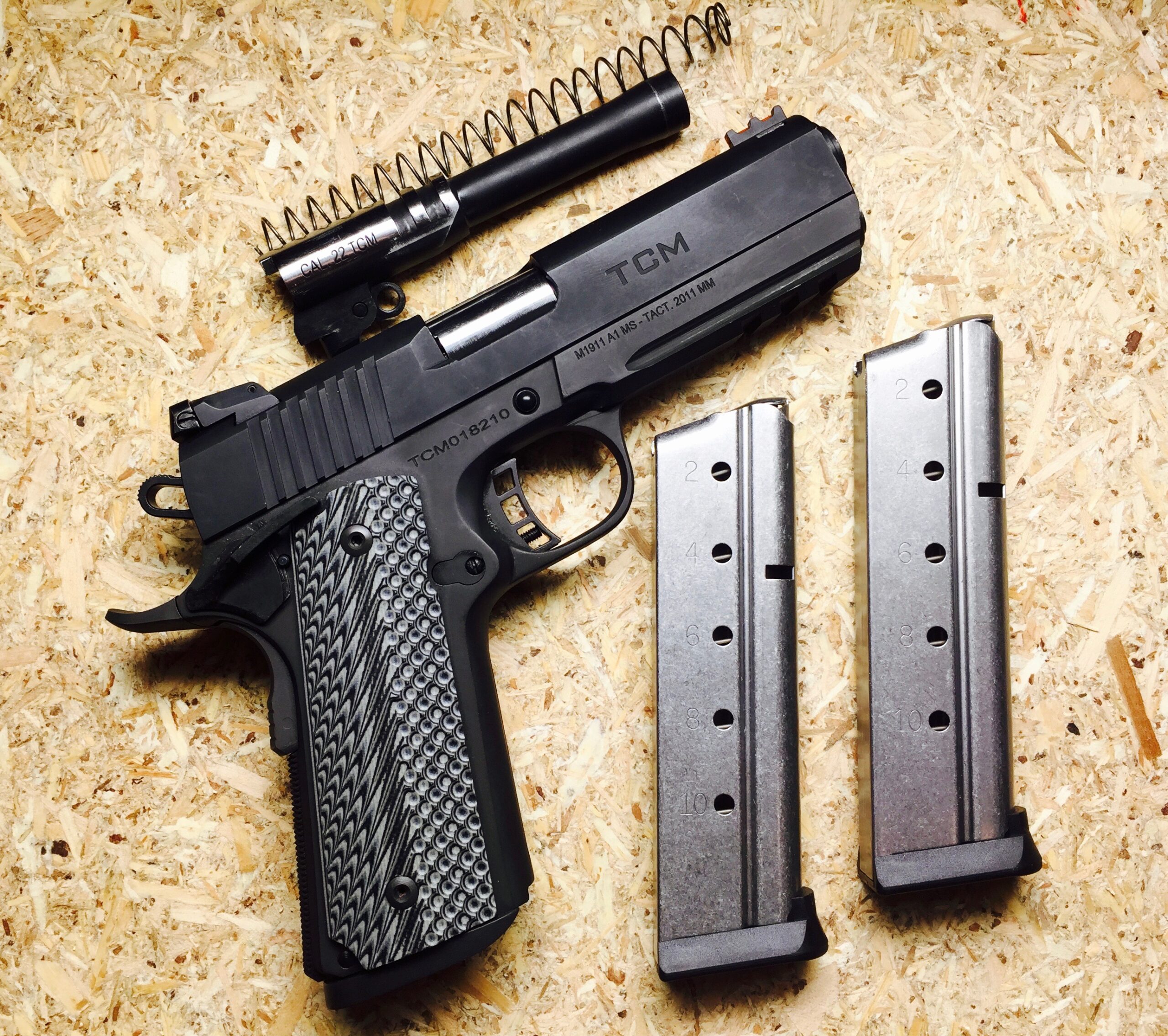 Carrying a handgun with the hammer cocked to the rear is intimidating for some people. Even though some striker-fired guns effectively have the striker ‘cocked' because they can see the hammer, it psychologically scares them. So much so that people have gone to carrying their 1911 without a round in the chamber.

I don't want to get into a sidebar about this topic but here, (and here,) are content pieces on the matter.

The 1911's all-metal construction makes it heavier than its polymer comparisons, despite being a single-stack handgun. The added weight can also come from the heavier .45 ACP rounds that are typical in 1911's.

A heavier gun, even if only slightly, is less comfortable to carry around all day, every day.

As noted, the 1911 uses a single-stack magazine. The narrow dimensions mean its capacity is considerably lower than a gun of equal size. You may not be at risk of finding yourself in a firefight with the Taliban, but no one ever complained of having too many rounds. 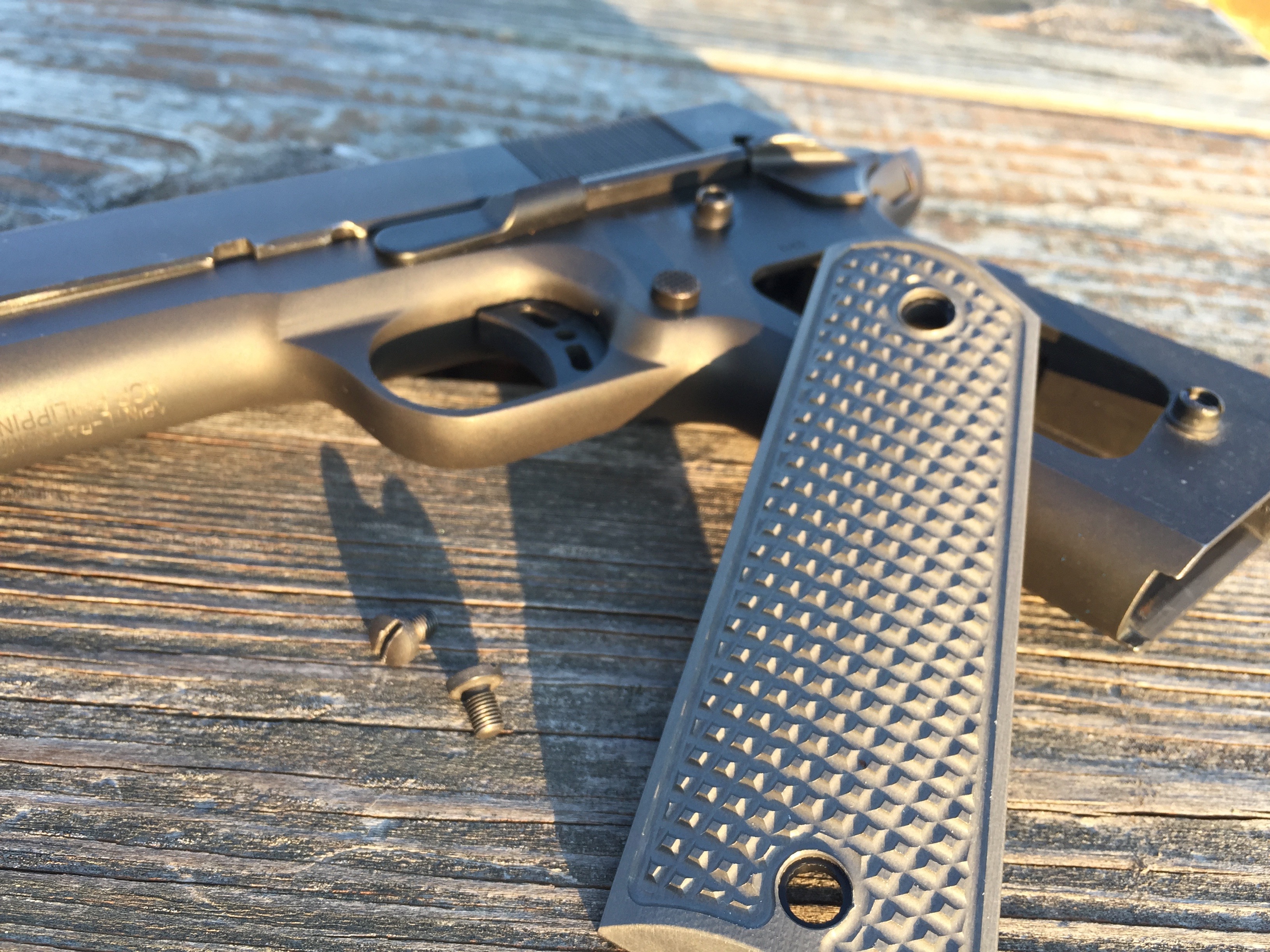 Comparatively speaking, 1911's cost more on average than, say, a Glock 19 or Sig P365. How much more depends on the manufacturer, of course. However, it's safe to say a quality 1911 that you can trust in a self-defense incident will likely cost over $1000. So, you're probably able to purchase some ‘tactical Tupperware,' an optic and holster for the same price as a nice 19 or 2011.

Opponents say that the difference in grip angle is probably more psychological and doesn't actually provide any advantage. Furthermore, the benefit of the single-action trigger insofar as it allows the shooter to be more accurate is easily overcomeable with training. Additionally, under the stress of a defensive use of deadly force, an exceptionally light trigger may even be more of a hindrance than a help. 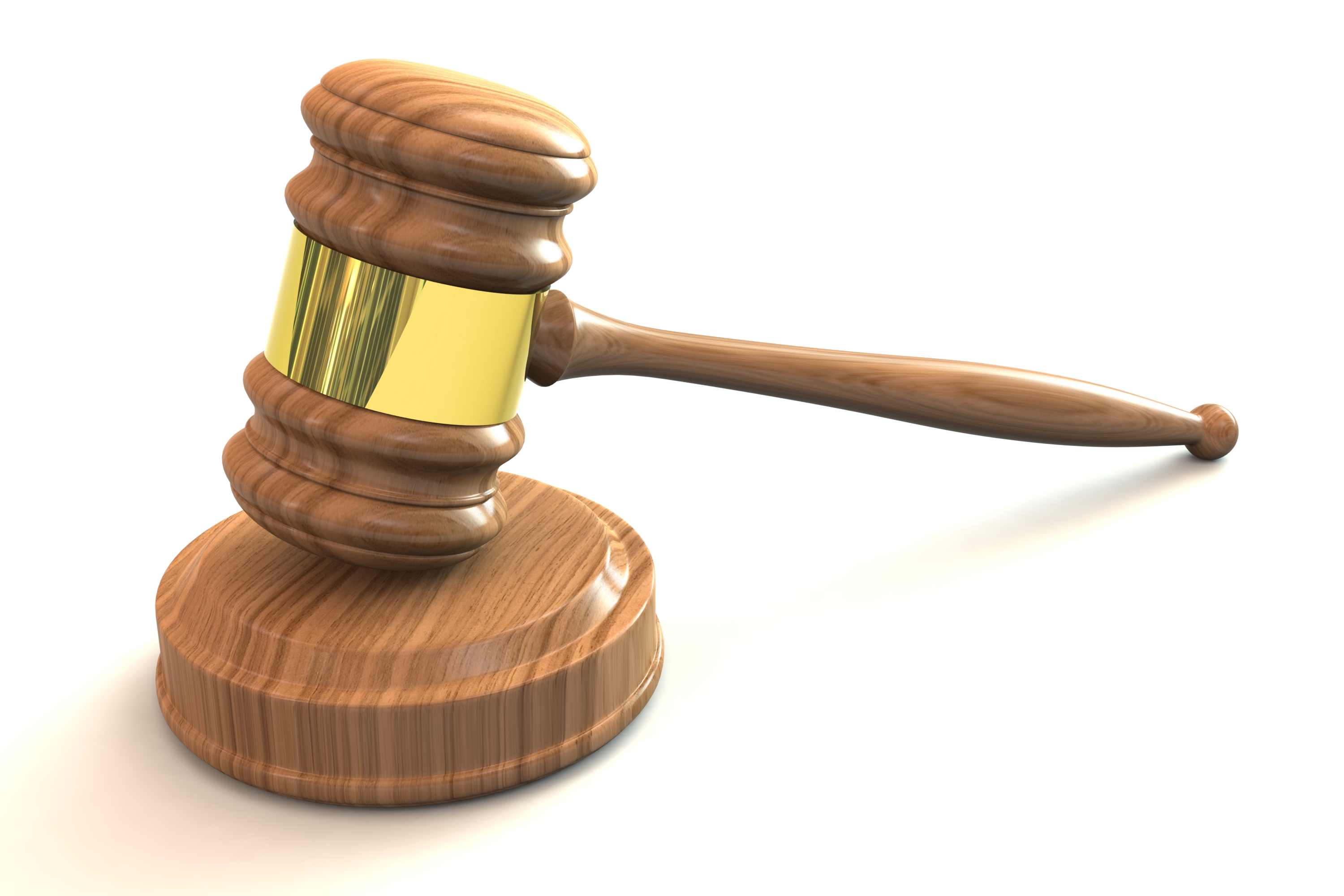 In all actuality, the argument is relatively unprofitable, and my opinion is just that, an opinion.

I am far from aligning with the camp of those who say ‘the best gun is the one you have and shoot well' as this is far too broad a statement to give anyone advice on an EDC gun purchase. But I am also not so closed-minded as to think I am always right and everyone should agree with me.

I promised my verdict (opinion) on the matter, so here it is.

I don't carry a 1911 as an EDC handgun. I prefer not to have a manual external safety on my handgun for the reasons I express in this post.

I also find the roughly 5lb triggers in most striker-fired, self-defense handguns on the market are appropriate for self-defense.

I am a proponent for increased capacity within the gun. Sure one could carry a spare magazine, but to me, this is a less desirable option of fixing the low capacity issue.

I don't particularly care about the added weight, as a proper holster and belt will almost negate any added weight.

After my typical evaluation, I would trust a well-cared-for, quality 1911 or 2011 as much as the gun I currently carry.

In the end, it doesn't much matter what I think. I have studied the topic and have seen many different guns come through my classes and classes I've attended. So my opinion isn't just something I ‘feel' or because I have a 1911 already. But still, it's an opinion so take it for what it's worth.

If you like this content please consider giving our Concealed Carry Podcast a listen. We publish 2 episodes a week and discuss important issues impacting concealed carriers and gun owners in general.