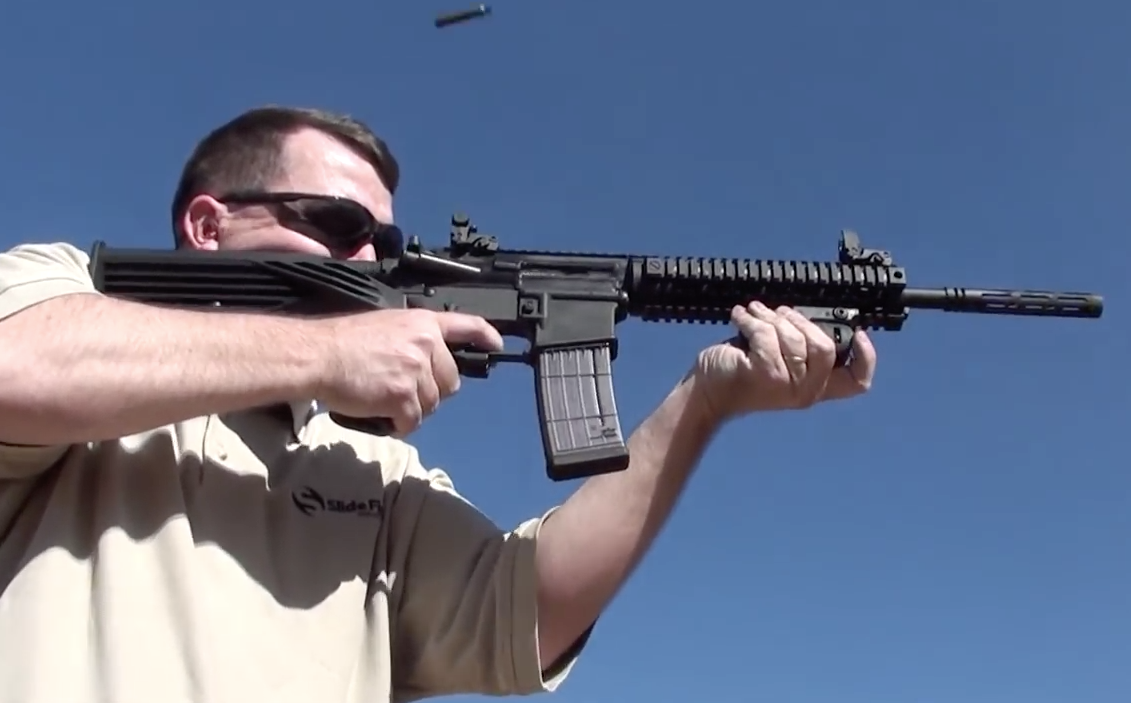 Yeah, you read that right. I called it the Trump Stock Ban. Why? Because our current president, Donald Trump, has decided to ban a piece of plastic based on the actions of one psychopath. Regardless of how you feel about that device, as an American that should concern you.

*Before we move on, I'm going to tell you this is article is political in nature. You have been warned.

What's even more concerning is the method of how they're planning to make the ban real. More on that in a moment, but first —

We've already discussed how this president is turning out to be quite the anti-gun president, regardless of what he says at the NRA Annual Meetings, or anywhere else. This administration has already dropped the ball big time. They had control of the presidency, the house, and the senate with no pro-gun legislation to show for it.

They had control and could have done something that mattered to the people who put them in office, and they squandered it. And for what? Who knows …

What could they have done?

How about not allowing those states with harsh gun laws to convict those of us who travel into said states, turning us into felons, just because we crossed imaginary lines with our concealed carry guns?

That's a big kick in the base's face, and it almost seems as though nobody wants to get re-elected at this point. I know most gun owners are only one or two issue voters, and I know plenty of very active pro gunners who are only one issue voters.

To make matters even worse than they already are for us gun owners who are CONSTANTLY under attack from those who'd strip us of our rights, we now have the Trump Stock Ban.

The Trump Stock Ban essentially turns anyone who owns a piece of plastic that does NOT change how the firearm functions into a felon.

Can you tell I'm pissed off? I don't even own one of these devices because I think they're stupid, inaccurate, and a waste of money and ammo. Still, if you want to own one, you should be able to have that option.

It's a piece of plastic and the classification of the firearm does not change. And, pretty soon, if we let this idiocy slide, we'll have more bans to combat the simple fact that this rate of fire can be achieved without that device:

Heck, maybe we should just chop that guy's finger off. He clearly shouldn't be able to own a finger that is capable of pulling that trigger so fast.

Speaking of a fast trigger finger, some people don't even need to do what that guy did, or need a bump stock. Some people are just natural speed demons when it comes to fast trigger pulls. Check out this video where Jerry keeps up with a bump stock:

Why did I mention those videos? I'm sure it upsets some folks who believe all I'm doing is calling attention to the fact that you don't need a bump stock to achieve such a rapid rate of fire.

In all honesty, I'm pointing it out for a reason, which just happens to be the worst part and what nobody is discussing right now.

What's perhaps the most disturbing aspect about this whole thing is how the ban is being conducted. It's essentially being written into an existing law. If that doesn't scare you as a Freedom Loving American, I don't know what will.

No new laws are being written, but some are being changed. What is to stop them from adding other stuff, or semi-auto firearms into the verbiage of that specific law?

What about America's Rifle, the AR-15? If they can be fired so fast, what's to stop them from simply changing an already existing law to say something else?

Do you see why I'm freaking out a bit over this?

This has to be stopped. One of the organizations filing suit against this unconstitutional law change is the GOA. It would behoove all of us to donate some money over there, or otherwise become members. If the government can successfully change the law from one thing to something else, it won't stop, and any laws are up for grabs.

And that, my friends, is the beginning of a dictatorship.

Honor Defense Pistols 100% American
Should You Search Your House For The Bad Guy?

2 Responses to More on the Trump Stock Ban