Join Our Newsletter
Shop Our Store
MAIN MENUMAIN MENU
By Joshua Gillem on March 5, 2018 in Opinion 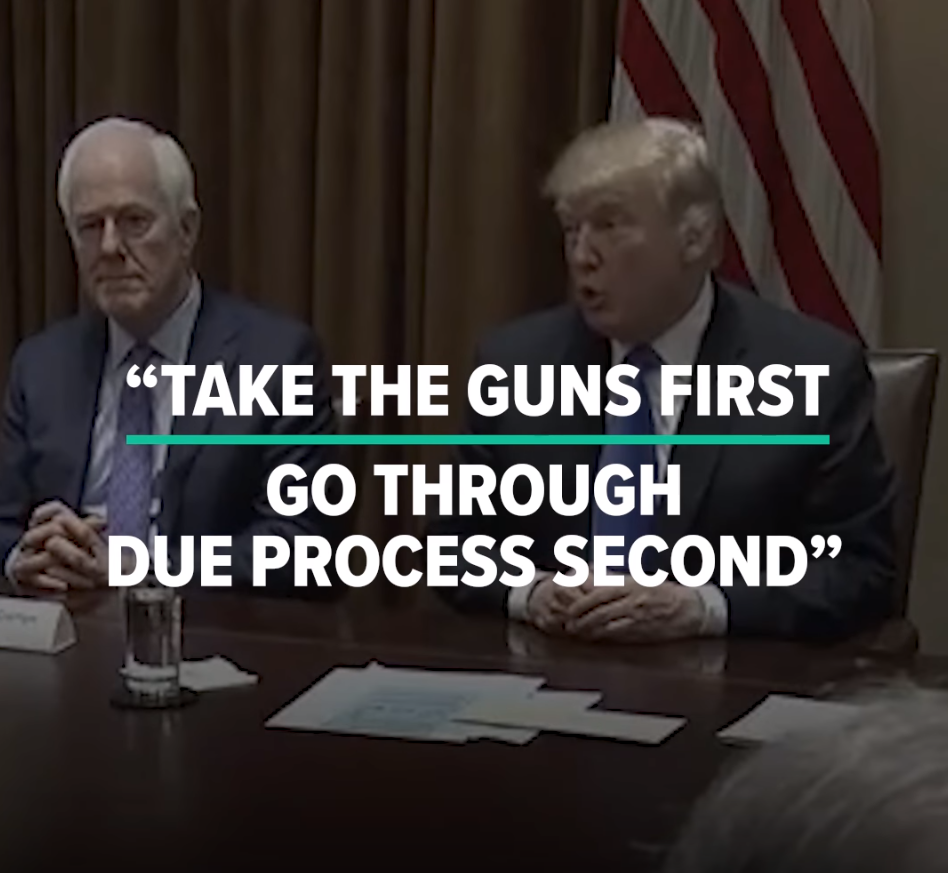 With all that happened around the country this past week with guns and politics, there is something that I'm dying to get off my chest. Before we get to my main point, though, let me start by saying that, Mr. President, I voted for you. There, I said it. I voted for you, though, admittedly, you weren't my first pick in the primary.

But, that's not really the point. Instead, things turned out how they did and now it seems as though we've come to a crossroads of sorts. It's not my goal to be overtly political in this post because we do have readers from both sides of the political aisle and I do not want to alienate anyone with politics. We are a gun blog first and foremost, whether you voted Left or Right.

What I'm going to say in this article needs to be said by someone because it seems as if you've gotten on a bit of an anti-gun tilt as of late. Mr. President, read my lips:

What am I talking about? In case you've forgotten here is a short video highlighting where you say people are afraid of the NRA, as well as proposing many other things pissing us off:

The fact that you've seemingly flipped on your base so quickly to appease those who wish to deteriorate our freedoms is concerning to say the least. But there is one thing that you don't understand. Now, I know you're a smart man, sir. I'm not one of those people who believes you're a buffoon. People don't get to where you're at in life unless there is a solid brain between their ears.

Therefore, I won't break this down like my Drill Instructors used to do when in my Marine Basic Training, which, is what they'd call, “breaking it down Barney Style.” (Think big purple dinosaur always explaining things to kids. Ya know, Barney!)

I won't insult your intelligence because I know you're going to get what I'm about to say. It's really easy to understand. Ready?

The NRA aren't the ones you or any politician needs to be afraid of. Nope. Not in the least. Why? Because in the greater scheme of things, on average, for every NRA member there is, there are at least two or three who aren't NRA members because they feel as though the National Rifle Association is too soft or don't like them for some other reason.

By last estimates, the NRA was about 5 million members strong. Not bad numbers by any means. But, most of the folks I talk to are not members, even though they are gun owners. For whatever reason, they haven't joined or have let their membership run out, or despise what the organization has turned into.

While we're estimating with numbers and such, which we have to do because, thankfully, unless you live in a communist state, there is no gun registry …

… there are tens of millions of gun owners, total, including those in the NRA and those who aren't. In a moment you'll see how many permitted/licensed concealed carriers there are in this country, but it's still only an estimate. Right?

There are even more of us than that huge number. After all, some states don't require you to get permission, as it should be, and others, like California and NY are nearly impossible to get permission in but gun owners are still plentiful. And then you have people who are only hunters. If you take my home state, Pennsylvania, there were over 900,000 licensed hunters in my state alone in 2016.

Can you imagine pissing off 900,000 gun owning hunters in just one state?

You're pissing off almost every one of WE the PEOPLE with your anti-gun rhetoric, like in this video where you say to other lawmakers to take the guns away and have due process later. Whiskey Tango Foxtrot, over?

Sir, you claim to be a “pro NRA President” and that “nobody loves the NRA more than me.” Good for you. However, it's not the NRA you need to impress. You and your Republican counterparts need to impress all of the gun owners who are willing to die to protect our freedoms.

You are pissing off your base, WE the PEOPLE who voted you into office to begin with, more than you could ever realize.

We make up a large portion of your base. Without ALL gun owners, not just those who call themselves members of the NRA, you wouldn't be president. So, forget about the NRA for a moment. For right now, I want you to remember a number. This number represents ALL permitted gun carriers around the country. Remember that WE are the reason you are president and why Congress leans to the right at the moment.

Remember that somewhere between 15 and 20 million concealed carry permit/license holding gun owners, including those in the NRA, have been expecting you to do something great for us reciprocity wise. Or, suppressor wise. Or, NFA wise.

And yet … you have failed to do anything for us gun owners. WE, who put you in office. Which brings me to my next point, in this next video where you get a fist pump from Diane Feinstein for saying Concealed Carry Reciprocity won't pass:

I'm not a rocket scientist, and maybe I'm not as smart as you are, after all I'm just the lowly Managing Editor for ConcealedCarry.com … But, it stands a better chance at passing if the, gee, I don't know, President gets behind it. Dontcha-think?

Therefore, I urge you to come back home to basecamp before it gets out of hand. Do something for those of us who put you in office.

Remember, we don't work for you.

You work for us.

Fix this mess now before we fix it for you.

*Lead image is as snip taken from the middle HuffPo video.

Episode 204: Shane Coley – Try to Get 1% Better Everyday
Is Training Too Expensive To Do Often

2 Responses to Dear President Trump, It’s Not The NRA Politicians Should Fear