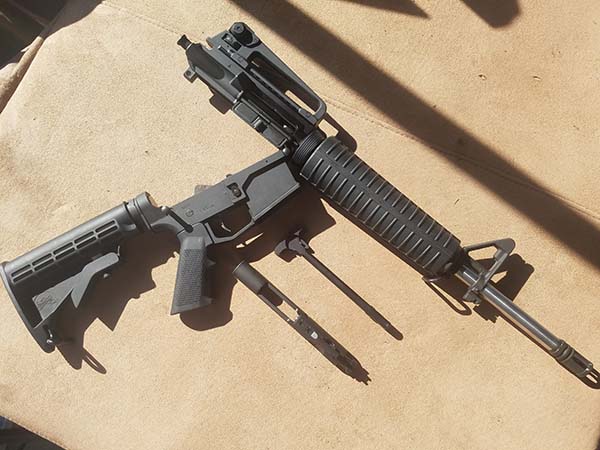 Americans love their symbols. The American Flag, The Bald Eagle, The Rattlesnake, and of course, America's rifle, the AR-15. And, even though the AR is currently the most popular rifle in these United States, it's also one of the most misunderstood. Rarely does a rifle strike so much fear into the hearts of the uneducated as this modern sporting rifle does.

They believe that “AR” must stand for assault rifle, or, automatic rifle. They believe that it's capable of shooting thousands of rounds per second, with lightning bolts shooting from its arse (err buttstock), and a chainsaw bayonet attachment (lol, couldn't resist). What these highly uneducated folks don't understand is that an assault rifle is one that is fully automatic, and has been highly regulated for many years.

So, if the “AR” doesn't stand for those scary terms, what does it mean? Back in the 195os a company called Armalite built the first one, and the AR stands for the company name. It may be hard to believe, but it really is that simple. We also hear many of these uneducated folks decry the AR-15 as “military style weapons.”

What they don't realize, here, is that the AR-15 was first manufactured in the mid-50s, and the military didn't designate it as a “military weapon,” until 1963. In other words, while they hoped it would be a rifle used by the military, they had to make it, first. Then, in 1963, the M16 was adopted for the military.

They were also selling the AR-15s to the civilian market in 1963, so it's hard to call the AR-15 a “military-style weapon.” The M16? Sure, but they function differently enough, with either a full-auto or burst rate of fire, in addition to semi-automatic, while the AR-15 has just semi-auto fire.

Personally speaking, I have some experience with an M16A2 Service Rifle, and qualified as an “expert rifleman” with it. I was issued one in the Marines from 1999-2003 and even it was not a fully automatic firearm. It had three selections: Safe, Fire, Burst. The burst, by the way, was a 3-round burst that we were told not to use because it made the muzzle climb and it was like spray and pray. You know, shooting and praying that you actually hit your target.

The rifles that we have today are direct descendants of the original AR-15s put out by ArmaLite and then licensed under Colt. There are some differences of course because civilian versions don't have a 3-round burst. We've got safe and semi-auto fire. That's it. In fact, our AR-15s aren't any more dangerous than many of the other rifles out there, especially when you compare the lackluster performance of the .223/5.56  to other, more powerful cartridges on the market.

The argument can be made that they are less dangerous because any good Marine can put a round through a flies rear-end at 500 yards with iron sights, but most people cannot. But, if you give any decently trained individual a Remington 700 bolt action with an OK scope, and you've got an even more deadly option. The only difference, is they don't look scary. But, before I scare some gun-grabber into thinking they can come after our bolt guns next, let's just move on to my next point. 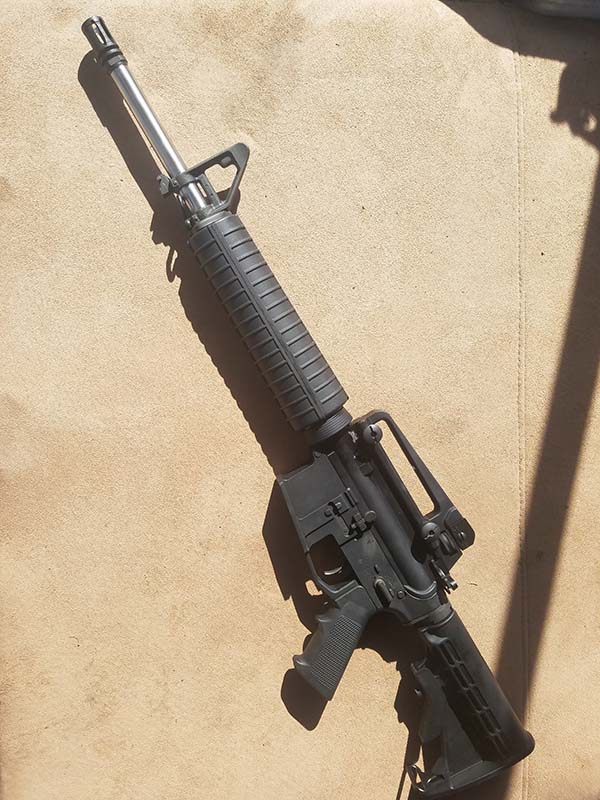 Let me introduce you to my budget AR-15 build (Pictured above). This is something that I'm super proud of because I built it myself, in my basement, for under $500. Trust me when I say that, if I can do it with my limited know-how, so can you. The good thing, for us, is that rifles are incredibly cheap to build right now.

In fact, with one of the rifle kits from Palmetto State Armory, which is who I used for my AR-15 build, you get just about everything you need to build your own budget AR-15 that'll go bang each time you put the steady squeeze on the trigger. On the kit I bought, I ended up with: 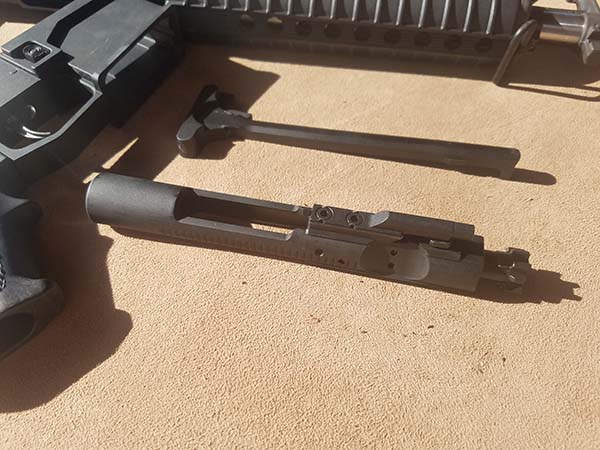 In fact, the only parts you don't get, which are needed to build an actual rifle is the lower receiver and the rear sight. Again, both of which can be found for relatively inexpensive on the good old interwebs. One very important thing to keep in mind, is that the only part that is considered a firearm is the lower receiver. You'll have to go through a background check and have that part shipped to your FFL dealer.

What about you? Do you have one of America's Rifles? What is your go-to brand? What do you use it for? Let us know in the comments below.

Also, make sure you're signed up for our newsletter so you can get updated with fresh articles or whenever we've got a sale going on in our store.

Episode 175: Road Rage Turns Into Deadly Shooting
Black Friday: Is It Even Worth Going Out For?

5 Responses to An American Must Have: The AR-15