Join Our Newsletter
Shop Our Store
MAIN MENUMAIN MENU
By Joshua Gillem on August 31, 2018 in Opinion 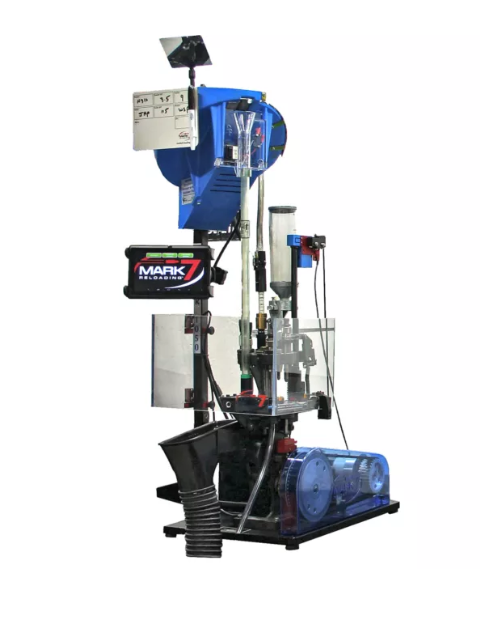 Reloading ammunition is ever increasing in popularity. Us gun-loving folks are worried that some day anti-gun legislators will make it very hard to find ammunition. And, in fact, some states have already made it all but impossible to buy ammo online, and is taxed like crazy. So, this leads to the eventual question of: I can buy my own hollow point bullets, casings, powder, and primers — so I can load my own. Right?

Well, sure. But, then again, it may not be the best idea. Here's why:

You try to do the best you can with it. You spend hours researching the best combinations of powder, getting your mixtures and weights perfect, and test it. You've gotten it down to the best possible accuracy you can, but what if your machine had a hiccup that day? What if you had to pull the trigger and nothing happens?

Truth be told, we see quite a bit of reloaded ammo and about half of it looks and performs terrible. If it looks like it has been done in your garage while you were drinking a beer, chances are good it's not going to be good enough for you to trust your life to. But, I can hear some of you thinking, I've perfected the process and hand-inspect each round before I store it for use. To which I'd say, good job. And then, this next point is for you.

It's a legal nightmare —

Let's say you do re-load your own ammo and then have to defend yourself with it one day. Let's say that it does perform flawlessly because, as you just stated, you hand inspect each round before you use it. There's another potential problem. There are anti-gun prosecutors and lawyers in every state, even in the most gun-friendly ones (yes, that means you too, Texas).

If you think they won't try to use your homemade ammo against you in a court of law to try and make an example of you to others, you're living in a dream world. It will come up. One of the first things they do after a defensive shooting, most times, is confiscate the weapon used even if you're in the right. Why? Because they have to conduct an investigation into the whole matter. That means everything you did to your gun, modification wise, the ammo you used, and everything else will come into scrutiny.

Can the prosecution make an argument to try and prove that you used “more powerful ammo” to kill someone? Don't say it can't happen. Look around at the state of affairs in this country and how much some people hate guns. Some people, and there are plenty of them with power, will do all they can to try and jam one of us up to make an example.

But, but, but … I keep detailed records to prove what my ballistics are!

I read a brilliant point in my research to write this short article that said this:

Do you think you'd acquit yourself of a crime just because you wrote down in your journal that you were in a different place when that crime was committed? That sort of evidence is inadmissible because you're speaking on your own behalf, and you're not likely considered an expert.

As I always like to say, I try to stack as many positives on my side as possible. It's why I train the way I do, carry the guns and ammo I do, and have the mindset I do. The solution really is simple …

There is an easy solution that fixes these issues, even if it is more expensive than re-loading your own, or they're not as accurate, or whatever the case may be. Use factory loaded hollow point ammo (where allowed, sorry NJ residents) that has readily available ballistic information.

I've even heard folks say that they find out what their local PD uses and carry that. The reasons are a few, one of which is because if it works for them, it must work for me. The other, predominant reason, is because you can then call upon a local police officer to attest how the ammo performs if necessary.

What about you? Do you reload your own ammo? If so, why and do you think it's wise to use in your self-defense gun? Let us know in the comments below.

Episode 252: The ULTIMATE Concealed Carry Beginner’s Guide Part 2
The Big Mistake Of Not Having A Dedicated Range Bag

2 Responses to You Can Buy Hollow Point Bullets To Load Your Own Self-Defense Ammo. But Should You?