Join Our Newsletter
Shop Our Store
MAIN MENUMAIN MENU
By Matthew Maruster on October 5, 2021 in Opinion

I like Mike Rowe. You know, the guy from the television show Dirty Jobs and numerous charities and organizations. He publishes many of his responses to various questions asked by anyone who takes the time to ask. It is hard to argue with his logic in most of his posts.

A few years ago, I remembered seeing an interview Mike Rowe did, where he talked about a concept he called “safety 3rd“. It was a challenge to the traditional workplace mantra “safety first.” I can't remember the sequence, and it might have been pure coincidence. Anyhow, around that time in 2019, as a company, we decided to revisit the 4 firearm safety rules many people have committed to memory. 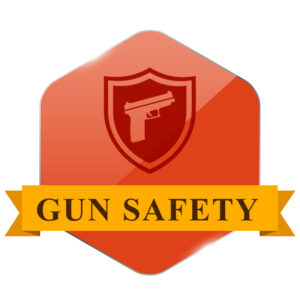 We published the revisions in a post and even talked about it during episode 338 of the Concealed Carry Podcast.

We got some grief from some folks who thought the safety rules were acceptable the way they were. “If it ain't broke, don't fix it,” they said. So was it traditionalist mentality, resistance to change, or did we really miss the mark? Others expressed an understanding of firearm safety that didn't come from the traditional take.

It's been over three years since we made the change, and I am glad we did.

I wanted to carve out a post dedicated directly to one of the 4 safety rules we changed. The second rule. The one that usually sounds like this:

First, to encapsulate the rationale behind why we changed the wording of the existing rules.

Secondly,  to provide new gun owners and readers a link back to the original post on why we revised the 4 rules.

And finally, as a reminder that safety is our responsibility, and tie it to this “safety third” concept.

I can't explain the “safety third” concept better than Mike Rowe. So I won't try. Instead, I'll provide a link to his video later in the post. In his explanation, Mike Rowe provides some interesting things for us to ponder. For example: 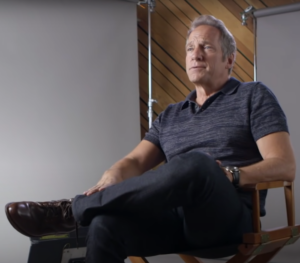 We would assume most pedestrians get hit by vehicles crossing intersections that don't have blinking signs that tell the person when to cross when not to.

However, the data suggests the opposite is true.

More pedestrians are stuck in controlled intersections because they tend not to look both ways before entering the street. Why? The sign said they could walk, and these mechanisms are there to keep us safe, right?

Here is another question. Do motorcycles riders who wear helmets tend to go faster or slower?

Assuming there is no law mandating a helmet, someone who wears a helmet is more safety conscious than someone who doesn't, correct?

Again, the opposite is true. Riders with helmets go faster than those without. Again, the helmet is there to protect their head; therefore, they feel safer, even if riding faster is, in and of itself, unsafe.

Now, this is not to say helmets don't save lives, and walk/don't walk signs aren't helpful. It isn't even a repudiation of the concept of implementing systems of safety. Only that safety, first and foremost, is a state of mind that is YOUR responsibility. We cannot delegate our safety to someone's list of rules to follow or policy.

Remember the fast-food restaurant that famously printed “caution – contents are hot” on their coffee cups after a customer spilled coffee on themselves and sued them for the injury? In this case, the warning label is not primarily to protect the consumer. Instead, it is protection for the company.

Please don't misconstrue the point. There is nothing wrong with warning labels. Just like the firearm safety rules, the warnings advise us of potential hazards we must be aware of.

But the notifications, absent individual responsibility to heed the warning, are useless. 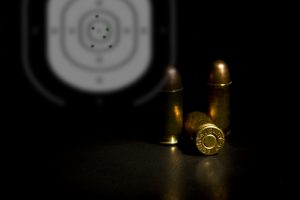 How Did We Revize the Rule:

Okay, so back to the second firearm safety rule. Here is how we changed it:

If we're honest, most of the incidents where someone points a muzzle at themselves or someone else is not due to a conscious decision.

See, the critical element of the revised safety rule, and all safety, is personal attentiveness.

As a firearm instructor, my goal is not to ensure someone can recite the safety rules. Instead, I need to make sure they understand the purpose of the safety rules and the best practices of implementing the rules in their firearm handling.

Another hurdle is bringing the firearm safety rules off the range and learning to apply them in our daily lives as concealed carriers.

Playing an active, conscious role in our safety allows us to reach what Mike Rowe described as “risk equilibrium.”

If we recognize risk, most will inherently change their behavior. On the other hand, if we have a false sense of security because of many memorized mantras and counting that others have put our “safety first,” we are less likely to recognize risk and thus change our behavior.

Look, there is an increased level of risk associate with carrying and shooting firearms. There is no getting around that. But, if safety were first, we likely wouldn't drive cars, shoot guns, talk to strangers or eat sushi from Walmart.

And lest someone forget, the point of the post is not to downplay safety. On the contrary, it is to place such a high level of importance on safety that WE take an active role in OUR INDIVIDUAL safety and security. Everything else is a bonus.

If you're interested in taking a fresh look at firearm safety and how it applies in your everyday life, not just while you're on the range, please check out our appropriately titled Gun Safety course.