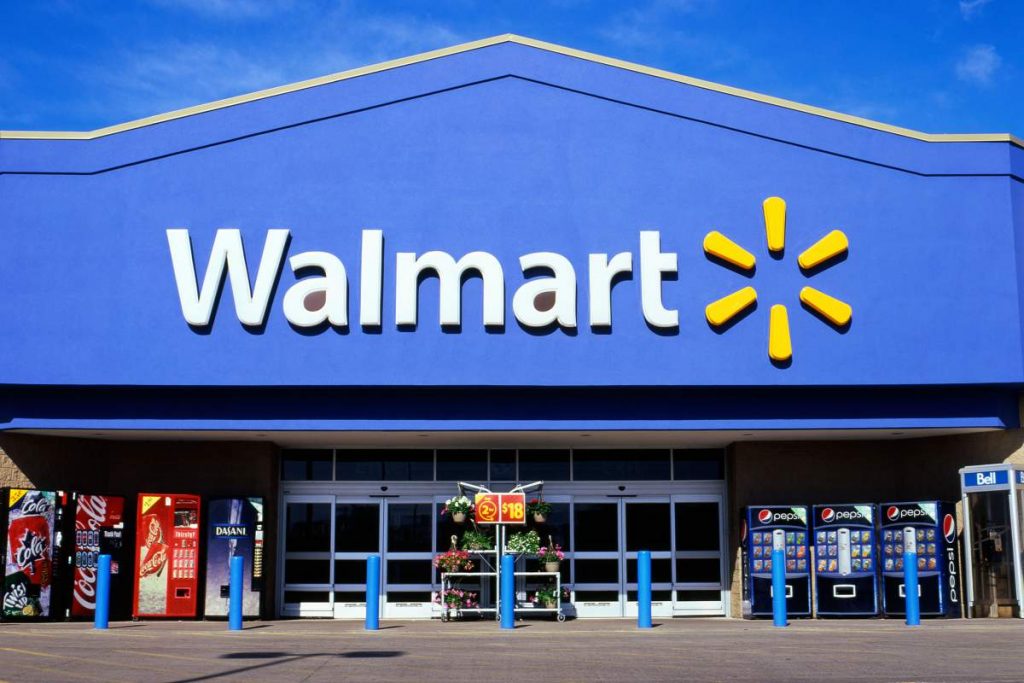 There is so much news coming out this week it's almost hard to know where to start. It's a mix, really. Some good, some bad. We'll start with what's going on with America's largest brick and mortar retailer, Walmart.

At first it looked like Walmart would stay strong, but in a recent article I saw by CNN, Walmart CEO Doug McMillon supports a ban on “assault weapons” and clearly doesn't want people like you and I to buy their ammunition anymore.

Here is a quote from this article:

We're encouraged that broad support is emerging to strengthen background checks and to remove weapons from those who have been determined to pose an imminent danger. We believe the reauthorization of the Assault Weapons ban should be debated to determine its effectiveness in keeping weapons made for war out of the hands of mass murderers.

A few years back, Walmart stopped selling America's Favorite Rifle, the AR-15, as well as any other firearms they consider to be “assault weapons.”

It sure seems as though Walmart forgot who their primary customer base is, gun-toting rednecks. Previously, it was easy for me to just run to the Walmart to buy some cheap 9mm on my way to the range. Now I've gotta go out of my way, or just buy off of Lucky Gunner.

The last thing to do on my agenda is support an anti-gun business, and I hope you feel the same way. They'll still hypocritically sell the ammunition though, because they believe they own about 20% of the ammo market.

I doubt they will, after this.

Another NRA Board Member Resigns

Seems like every couple weeks or so another NRA Board Member resigns. And, for some reason, they're almost always the decent ones who're resigning. And, each one who resigns says something along the lines of “I'm resigning because I'm unable to do my job.”

Of course, that quote isn't a real one, more of a paraphrase of multiple different people. This last NRA board member to resign is NASCAR great Richard Childress.

Childress was one of the board members who supported Oliver North in requesting more transparency and a financial audit and had an “A” rating from HelpSaveTheNRA.com. He sadly resigned, and, according to his resignation letter, plans to focus more on his business. Here is his letter: 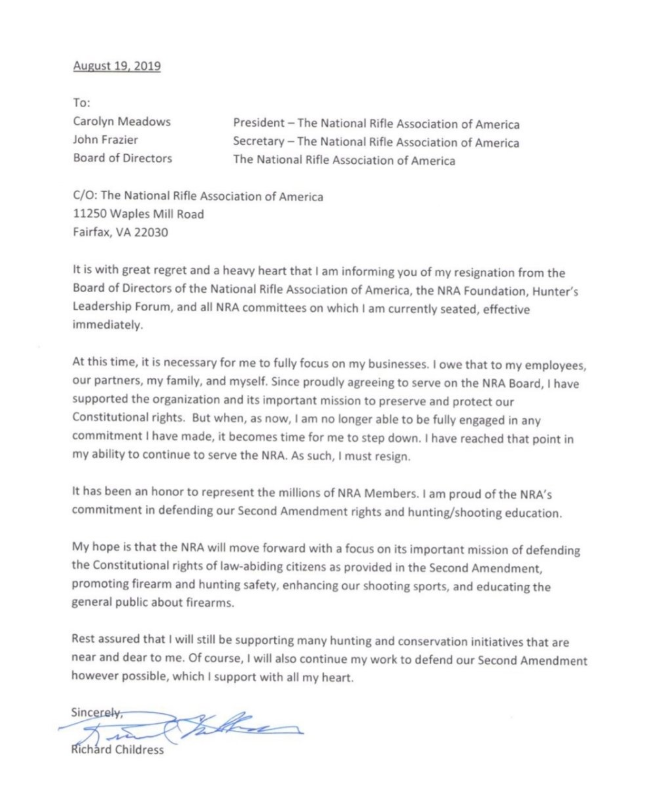 Most of the above letter is a cookie cutter resignation, with the exception of one sentence that reads as such:

But when, as now, I am no longer able to be fully engaged in any commitment I have made, it becomes time for me to step down.

It makes me wonder, why was he no longer able to be fully engaged in these commitments? My guess, is just as many of the other former board members, he was restricted in his duties (I have no proof of this). There remains only a small handful of “A” rated board members left, and something's gotta give.

Because of this, the NRA continues spiraling out of control in the eyes of all onlookers, giving our opponents the satisfaction.

I'm not entirely sure what to think about President Trump's stance on the Second Amendment is anymore. He has flip-flopped numerous times on the topic of background checks (as well as other topics), and has done so even this month. On August 9 he said we need stronger checks, and on the 19th he said we don't need more.

You can watch a video the Washington Post put together, here:

While I don't know what to make of it, one thing is for sure: the president is not stupid no matter what anyone says.

I'm not sure what he's doing, but I can tell you that he doesn't want to ruin his chances for 2020 by upsetting a huge portion of people who voted him in to begin with.

We are quickly approaching election time and he has to understand that dropping a fat deuce on the Second Amendment will not help him in anyway.

We'll continue to watch this closely.

Leave your thoughts on any of these stories in the comments below. And, as always, feel free to share however you see fit.

Warning Shots Rarely Work Out, As Seen Here
How and Where To Sell A Gun

14 Responses to Walmart, President Trump, And The NRA