Join Our Newsletter
Shop Our Store
MAIN MENUMAIN MENU
By Craig Martin on February 6, 2018 in News 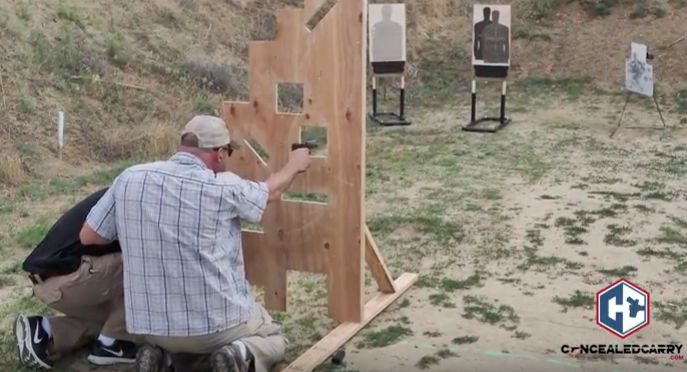 This incident occurred in the town of Springville, just South of Provo, Utah last Friday afternoon.

At around 2:00 pm, a Springville Police Officer saw a man later identified as Paul Douglas Anderson digging through a Tabitha’s Way donation bin, so naturally the officer pulled up to Anderson and asked him to get out of the bin.

As the officer continued to speak to Anderson, he was becoming increasingly worried about Anderson’s hands remaining in his pockets. Repeatedly, the officer asked Anderson to show him his hands. After several orders, Anderson obliged by removing his hands. However, Anderson wasn’t putting his hands on the ground or his own head. Instead, he immediately sucker punched the officer.

This attack was witnessed by a man by the name of Derek Meyer who was in his car when he saw Anderson not only punch the officer once but mount him and continue raining punches down on the police officer.

Meyer couldn’t stand to see this happening to the cop, so he pulled up behind the officer and attempted to help in whatever way he could.

What neither the attacker nor the attacked realized, was that Meyer was a card-carrying concealed carrier who yelled at Anderson to get off of the officer and drew his firearm from his holster, pointing it at Anderson. This caused Anderson to get off the officer and run away, where he was quickly captured by backup units in the area when he was found hiding under a flatbed truck.

Below is Utah’s FOX 13 report on the incident.

As for the officer, he was taken to the hospital following the incident for a fractured eye socket. He is expected to make a full recovery.

And our concealed carrying guardian angel, Derek Meyer, was later asked about his role in the incident. He stated that he believes anyone would have done what he did, but that he was proud to be a part of a story that portrays responsible gun owners in a positive light.

Well I am sure that the assaulted officer was grateful for Meyer’s stepping in. According to Corporal Cory Waters with the Springville Police Department, while it was good Meyer showed up when he did, others should be careful before following his example in high-stress situations. Officers are wary of anyone nearby with a weapon. So as we have said before, don’t get involved with every situation and don’t think that you’re a hero because it could be just as dangerous to do what Meyer did as it was for Anderson.

What do you think of this story? Would you help out like Meyer did or leave it to the police? Let us know in the comments below.