Join Our Newsletter
Shop Our Store
MAIN MENUMAIN MENU
By Matthew Maruster on February 11, 2022 in News

Fans of the beloved Sig Sauer P210 pistol can blame COVID for Sig's delay of a new model. However, it's finally here and is actually available for purchase. 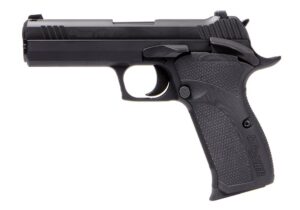 Here's the scoop on the new pistol from Sig.

On their website, Sig describes the P210 Carry this way:

Paying homage to the foundational craftsmanship of its forerunner while maintaining the features, weight, and balance of an ideal carry pistol. 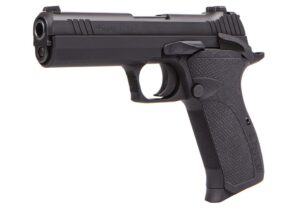 The forerunner, P210 goes back to the 1940s when the Swiss Army and Police used the 9mm as their duty firearm. The handgun is known for its ergonomics and inherent accuracy.

Like the original P210, the Carry model is single action only, with a crisp, light trigger break. The P210's frame is alloy instead of steel, making it lighter than the popular P210 Target and Standard models. The Carry model comes with the popular SIGLIGHT night sights, and 2 single-stack, 8 round magazines.

In the embedded video, Phil talks about some of the ergonomics and “feel” of the gun that he likes. Phil mentions the grip texturing and material, and the intuitive mechanical safety.

There is absolutely nothing wrong with a single action only, semi-auto for a carry gun. And the P210 Carry may be all that you want and more. However, for an everyday carry gun, there are a few things that I find lacking.

I get that it's a single stack, but in my opinion, the 8+1 round capacity is a little light for an everyday carry (EDC) handgun. Hey, maybe they will make a version chambered in Federal's new 30 Super Carry, turning it into a 10+1 gun.

No accessory rail means no weapon-mounted light options. It's not a deal-breaker for everyone, but it may be for some buyers. 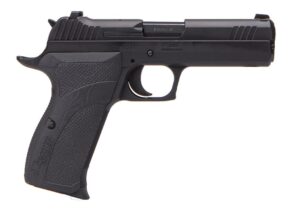 I know not everyone agrees, but I think every self-defense, EDC handgun should be “optic ready” from the factory. You may not use an optic now, maybe you never will, but optics on carry guns are not just for “tactic-cool” internet operators. Optics have real benefits and the engineering is solid. The slide of the P210 is not extremely thick so I'm not sure if this played any factor, I'm certainly not an engineer.

Maybe Sig is already designing an “Enhanced Carry” model that adds some of these features.

The P210 Carry probably feels fantastic to shoot and will satisfy most single-action-only lovers. It may be the carry gun you've long waited for. Sig says they are for sale and ready to ship, so if the P210 Carry is something you want to give a shot, head over to their website and check it out.