Join Our Newsletter
Shop Our Store
MAIN MENUMAIN MENU
By Joshua Gillem on June 24, 2020 in News 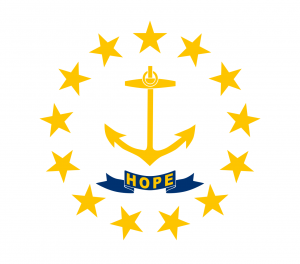 Governor Raimondo is quoted to say:

Today marks a meaningful step forward in our fight to end gun violence in Rhode Island. We know that untraceable guns put our community at risk. I'm proud to sign this legislation to help ensure that every gun in our state is registered, traceable, and in the hands of someone who is fit to carry the responsibility of owning a firearm.

This new law will make it illegal to sell, create, or own one of these so called ghost guns to include those made with a 3d printer. And, if you're caught with a ghost gun or one that you put together yourself that is “untraceable” without a serial number, it carries a penalty of up to 10 years in prison and $10,000 in fines.

Congresswoman Gabrielle Giffords of the Giffords Law Center to Prevent Gun Violence had high praise for the newly signed bill and governor. She had this to say:

Governor Raimondo stood up to the gun lobby and put the safety of Rhode Islanders first. Ghost guns are being used more and more by people who could never pass a background check. She's fixing that, and signing this legislation is a bold step that will better protect communities throughout Rhode Island. Giffords is proud to stand with Gov. Raimondo as she demonstrates the courage needed to end gun violence.

The newly passed law goes into effect 30 days after the bill was signed, and received huge support from senators, the Attorney General, the state police, and the Rhode Island Police Chiefs Association. Also strongly supporting this new law are anti gun organizations like the Rhode Island Coalition Against Gun Violence and Moms Demand Action.

Leave your thoughts on this news in the comments below.