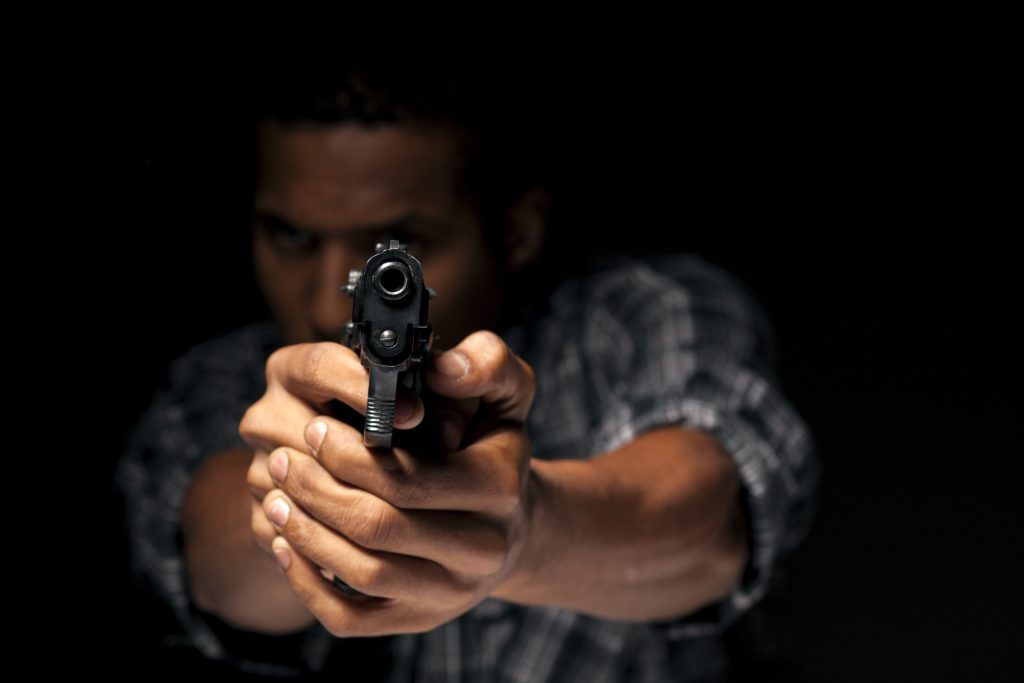 It's been a little while since I've done one of these DGU Roundups, where I take a highlighter and run it over some of the most recent defensive gun use stories out there that took place over the last month or so.

These things are important, because they're ammunition against the gun grabbers when they say nobody ever defends themselves with a gun.

When you hear things like that, you can point them here and just search DGU in the search bar. Keep in mind that Brian has been very busy with other duties so far this month, and has just recently starting writing these stories again.

Even so, there are a few we're going to highlight for the world to see:

Our most recent published Defensive Gun Use took place in Wisconsin. A clean shaven man in a black hoody asked a man he was walking by if he had any money. The man said he did not, which caused the attempted robber to produce a large, 8 inch kitchen knife as he demanded the man hand over valuables.

Of course, we wouldn't be covering a story like this unless the man had a gun that he was able to use to defend his life, which he did. He produced a valuable in the form of his CCW, causing the robber to flee on foot. You can read the rest of the story, here.

In Dallas, a man was trying to work on his car in an apartment complex parking lot. The security guard told him he wasn't allowed to work on his car, which angered the man. He punched the guard several times and then ran into his apartment for a gun.

When he re-confronted the security guard, the guard drew his own gun, shooting and killing the man. You can read the rest of this Texas defensive gun use, here.

It's not uncommon for criminals to travel in packs of more than one, as there is usually strength in numbers. That's the case in this Iowa break-in, where a man and his girlfriend attempted to violently collect a debt. They broke in and hit the victim with a collapsible baton.

It's unclear who owned the gun, but at some point during the assault the victim was able to get the gun and fire two shots at the individuals. Neither of them were hit, but one of them has a history and was out on parole. He's now looking at more serious charges of robbery in the first degree, armed first degree burglary, felonious possession of a firearm, and intimidation.

You can read the rest of the story, here.

This Ohio DGU seems to be right out of a movie

This one is crazy and I'm not going to do it much justice. Suffice it to say that a couple drove six hours from NC to OH for a revenge killing. They tried very hard to kill another couple, the victims, who were actually the ones that prevailed in this whole scenario.

They were ambushed right outside their home, and while you can read the rest of the story here, I'd also like to recommend to you a training that we offer called Complete Home Defense since the home is where a lot of DGU stories take place.

That about does it for this time around, but make sure you stay tuned for more defensive gun use news, and make sure you visit the state site we have for you. What I mean, is if you live in Georgia, you can type Georgia.concealedcarry.com into your address bar and it'll bring you to the Georgia Concealed Carry website.

We have one for all 50 states and Brian does his best to keep them updated as much as he can with news stories like the ones I highlighted here. Check yours out, today.

Compensator for Your EDC Gun? Tyrant Design’s Glock T-Comp Put to the Test
Do I Really Need Concealed Carry Insurance?

One Response to February 2020 DGU Roundup