Several news agencies have reported that President Biden will withdraw his nominee to head the ATF, David Chipman. His defeat is a victory for gun owners and anyone who isn't a fan of unelected demagogues controlling a powerful agency like the Bureau of Alcohol Tobacco and Firearms. 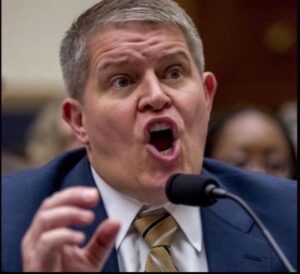 Chipman's current role as a senior policy advisor for the anti-gun Gifford's gun control group was a red flag from the beginning. Handing the keys of the ATF to Chipman would most assuredly lead to an ATF that circumvented legislation by creating directives to diminish the Second Amendment.

Chipmans views on guns and law-abiding citizens' rights to own them are no secrete. The beliefs of Chipman in this regard are the same as Gifford's anti-gun organization. For example, Chipman has openly supported a ban on so-called “assault rifles,” a term he could not define during senate confirmation hearings. 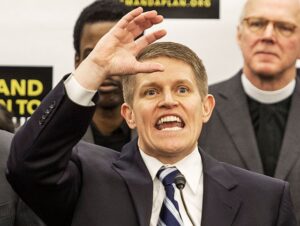 Chipman also failed to disclose an interview he did for a Chinese state-run media organization in his senate questionnaire. In the interview, he discussed the shooting in Sandy Hook shooting and made several of the tiresome anti-gun lies we have heard and debunked. Among these are the “40% of gun sales occur without a background check.” Not only is this number impossible to know, but debunked as “mostly false.”

While he spoke with his Communist Chinese buddies about how bad America is, he said:

shouldn’t we check to make sure someone doesn’t have a mental health history before acquiring a gun?

Perhaps someone who doesn't realize that there is a federal law prohibiting people adjudicated “mentally ill” from purchasing or possessing firearms, shouldn't be the one running the ATF.

It isn't just Republican Senators and law-abiding gun owners who opposed Chipman as head of the ATF. Senate Democrats who have constituents that own guns have also stepped back from supporting the extremist. And if that weren't enough, co-workers who served alongside Chipman in the ATF stated openly that he is not the right person to lead the agency.

Who is Next in Line?

So who is next in line to be nominated? The Biden Administration has not put out any names. So while defeating Chipman's nomination is a win, it may very well be short-lived.

President Biden selected Chipman for his extreme anti-gun ideology. There certainly isn't a shortage of those folks lurking in the D.C. swamp waiting for their moment in the sun. So the administration has a long list of candidates. And while some see the defeat as a sign that extreme candidates won't be confirmed, I see it a bit differently. I think they are looking for a nominee that just hasn't been openly extreme in their views against gun owners.

We must continue to support organizations like Gun Owners of America and the NRA in their fight against any nomination that would turn the ATF against law-abiding Americans!

Do you Want to Shoot Better?

Have you thought about becoming a more consistent shooter? Our course Shooting FundamentalsShooting Fundamentals is not just a tired rehashing of the same old shooting fundamentals. It is a comprehensive course designed to help you learn not only the fundamentals of shooting, but understand how to self-diagnose your deficiencies. If you want to become more confident and proficient with your handgun, consider this course!

The Colorado Gun Theft Law Goes into Effect, Does it Matter?
How Prepared Are You For A Medical Emergency? [Surprising Survey Results]