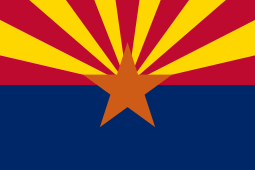 Not even Arizona, a long time stronghold for the Second Amendment and gun owners, is immune to the idiocy of the anti-gun movement. Historically, Arizona has celebrated being one of the most gun-friendly states in the country. If a certain group of anti-gun politicians from within the state get their way it won't be for long.

SB 1625 was introduced on 2-6-2020 and if passed, will effectively change Arizona gun laws. This is really bad stuff.

There is a lot of text to this bill, that you can read in its entirety, here. But, to summarize, here are some of the bigger points:

Also according to this bill, an “assault weapon” has a very wide definition that will end up in a sweeping ban on most types and brands of firearms. It can be described as:

It goes on to state that anyone who is found to be in violation of these proposed violations (thankfully they're not laws and hopefully never will be) will be charged with either a misdemeanor for first offense, and up to a class 5 felony for subsequent violations.

So, as you can see, this would be a sweeping bill if allowed to pass. It's strongly encouraged that if you live in Arizona, that you contact your state representatives and inform them on how you feel about this baloney. If you want to remain one of the best states for gun laws, stop this crap in its tracks.