Join Our Newsletter
Shop Our Store
MAIN MENUMAIN MENU
By Matthew Maruster on February 9, 2022 in National

On February 3rd, President Biden spoke in New York City, and the “gun crime” topic came up. Here are three of the highlights. 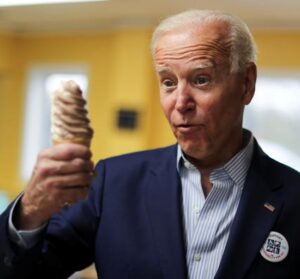 The President mentioned a tragedy that occurred earlier this year. A criminal used a stolen Glock handgun to shoot two New York Police Officers, Killing one and injuring the other. The scumbag used a drum magazine that held 40 rounds.

Biden believes the drum magazine makes your Glock a weapon of war.

We're supposed to believe that the shooter, who was prohibited legally from owning a firearm, stole a gun, and committed murder, would think twice before obtaining an outlawed drum magazine?

Here is the clip.

Biden says that a “glock with 40 rounds” is “a weapon of war”
pic.twitter.com/dwL4EGWxOw

But we know the President doesn't really think banning drum magazines would have stopped this horrific incident from happening. The goal is to demonize gun owners and guns so that people will voluntarily give them up. The latest news says the country doesn't think a slew of new gun laws is the answer.

Don't take my word for it. In an article published by the Austin American Statesman, the author fact-checked the President's claim and discovered the following:

David Kopel, the research director and Second Amendment project director at the free-market Independence Institute, has researched the topic. He concluded:

I am not aware of a ban on any arm in colonial America. There were controls on people or locations, but not bans on types of arms.

At that time, there was no United States, just a bunch of very confused former colonies trying to cooperate, and often failing, to defeat the British military. Any sort of gun regulations would have been at the local level, and therefore incredibly difficult and tedious to chase down. The new states were still writing new constitutions and probably did not take this matter into consideration.

Here is the clip.

BIDEN: "This doesn't doesn't violate anybody's Second Amendment right…You couldn't buy a cannon when this amendment was passed. There's no reason why you shouldn't be able to buy certain assault weapons." pic.twitter.com/M7hoVi84UQ

Again, Biden knows this is a lie and is gaslighting the public into accepting his modified Second Amendment.

3. Gun Manufacturers “Are the Only Industry Shielded from Public Lawsuits” —

Again the President flat out lies to the public.

It is true the Protection of Lawful Commerce in Arms Act (PLCAA) shields gun manufacturers from lawsuits. But only lawsuits from the victims of crimes where the suspect used the company's product illegally or negligently. So, for example, if a company sells a firearm with a known safety defect and someone is injured, the injured person could sue the firearm company.

The lie is other industries have legal protection from lawsuits. I'll name just one that is especially relevant given the government's overt imposition of an untested vaccine on the public. Have you ever heard of anyone suing a vaccine manufacturer for medical complications arising from a vaccine? You won't because the industry has protections.

Listen to the lie for yourself.

BIDEN: Gun manufacturers are "the only industry in America that is exempted from being sued, and I find it to be outrageous." pic.twitter.com/T9LU7hQLP0

Biden wants to paint gun lobby groups as bands of evildoers intent on subverting public safety. Am I having trouble tallying the number of mass shootings committed by NRA members? I keep coming back to zero, but that can't be true based on the President's statement.

Sure I disagree with almost everything the President says, and I am okay with that.

Trying to follow him as he meanders through 17 thoughts in a single sentence is frustrating, but in a way, I actually feel sorry for him.

However, there is nothing acceptable about openly and repeatedly lying to the public.

I could have pulled more mistruths and false assertions from the address, but I had enough. If you're a sadomasochist and want to watch the 58-minute talk in its entirety, here ya go. If you do, I'm guessing you'll almost immediately break into an RTF (resting Tucker face). 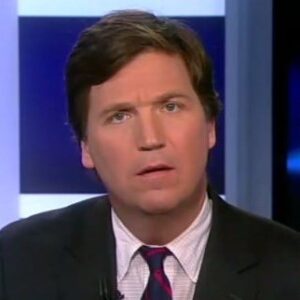 Do you know who else was in New York? Professional Firearms Trainer Rob Vogel. He was nearly arrested in the airport because he had a connecting flight to JFK airport. Read about how TSA threatened to arrest him for the legally checked firearm in his luggage.