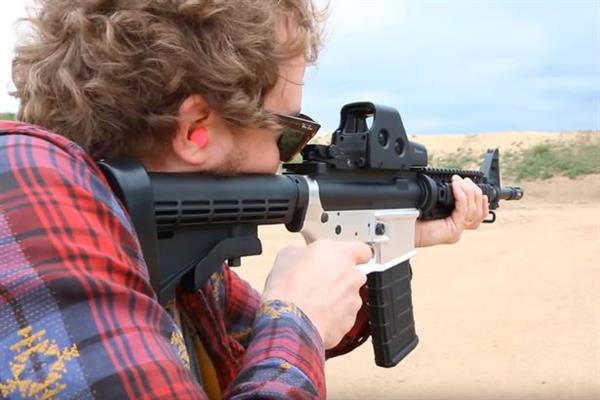 Wagoner County, Oklahoma police are beginning an investigation of a triple homicide in an unincorporated area of Broken Arrow, South East of Tulsa after a home invasion on Monday, March 27.

Mahoney said two of the deceased were juveniles and one was an adult between the ages of 18 and 19. According to Mahoney, authorities also have a 21-year-old female in custody who turned herself into the Broken Arrow Police Department, claiming “She drove the individuals to the house to burglarize it,” he said.

Deputies received a call at about 12:30 p.m. of a shooting at a residence, Mahoney said.

“These three individuals forced entry through a back sliding-glass door,” he added.

Mahoney said upon making his entrance into the residence, the intruders encountered the homeowner’s son who “opened fire with an AR-15 assault rifle, killing all three suspects.” Two of the victims died inside the home, while a third made it out to the driveway before collapsing, he said.

Neither the homeowner, who was also home at the time nor his son were injured during the incident, Mahoney said. He said they both went voluntarily to the sheriff’s office to fill out a statement.

Mahoney indicated that the preliminary investigation pointed to self-defense.

“This may be a case of ‘stand-your-ground,’ however, it’s still too early to say for sure, and we’re still looking into all aspects of this.”

“It’s still very early in the investigation, and our investigators have not completed processing the scene yet.” 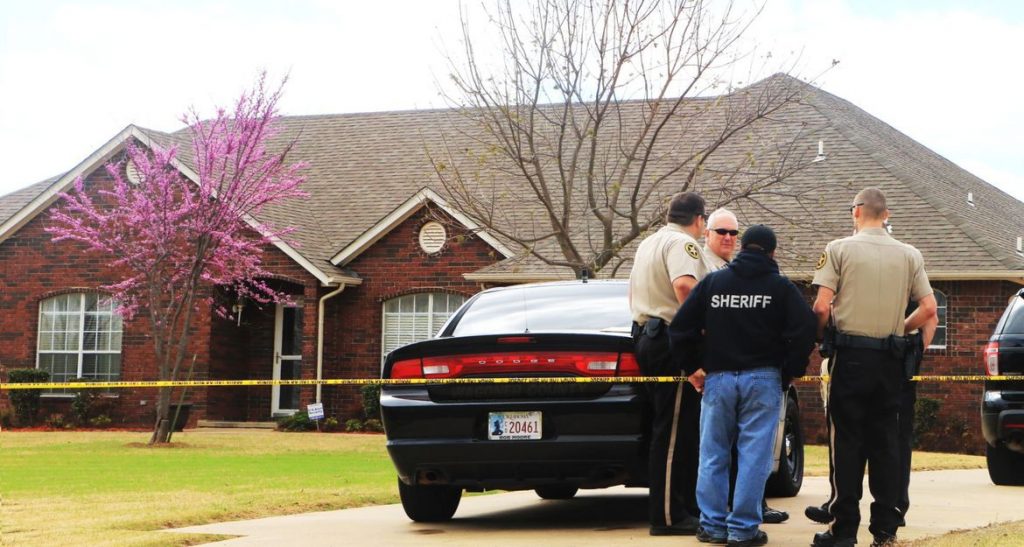 Deputies Investigate the Scene of the Justified Triple Homicide

A neighbor, who said she would prefer to remain unnamed and lives two houses down from the crime scene, was home during the invasion. She said she heard the shots from inside her home.

“The shots were so loud — loud enough that I ran to the window to see what had happened,” she said. “Something in me knew it was gunshots, but I didn’t know what had happened until I went to leave my house and saw all the police officers.”

She said she didn’t remember seeing anything suspicious prior to or after the shooting, however, a neighbor that lives across the street from the crime scene reported that she saw a suspicious black truck in the neighborhood, close to the residence where the intruders were shot, in the hours leading up to the shooting.

No vehicle was at the scene when deputies arrived, and it was not known at the time how the intruders got to the house, Mahoney said.

“There was no suspect vehicle here when we arrived,” Mahoney said. “We didn’t know at the time if they were dropped off or if they stashed a vehicle some place else. We just didn’t know.”

Mahoney said they will now investigate the claims of the woman in custody who said she drove the intruders to the house with the intent to burglarize it. Mahoney said he did not know, at the time, what she was being charged with.

Mahoney told reporters during a media briefing at the scene that Wagoner County has a relatively low crime rate.

What do you think of this home defender or the AR-15 as a defensive tool? Do you already have an AR-15 at home? Let us know below.

Episode 108: Fight the Noise – Talking the Maxim 9 With SilencerCo’s Jason Schauble
When Murphy Strikes on The Range