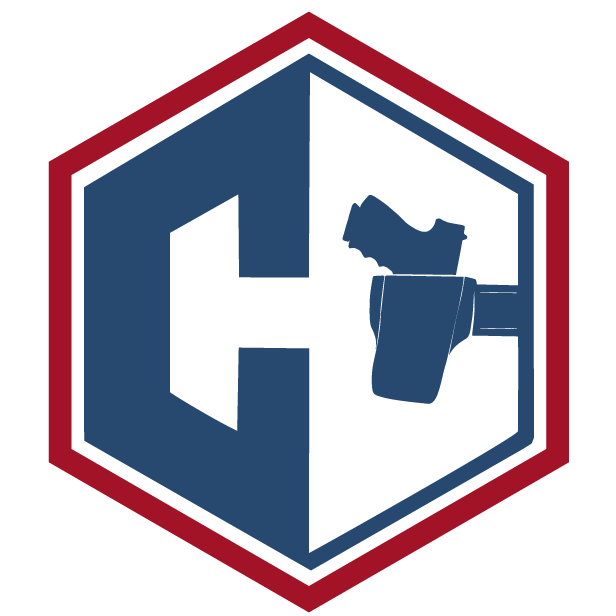 Defensive Gun Uses do happen. Guns do save lives. And they do so every single day of the week. How do I know? Because just about every single day, we publish stories of defensive gun use where a potential victim decides to be the hero of their own life, instead of falling as prey.

But, as I published three justified shooter stories just this morning, I came to the realization of this truth: Many of you will never see these DGUs, because they are published on our satellite, state-specific websites.

When I use the term “satellite websites,” it's because we have firearms instructors across the nation (in almost half the 50 states) and each state of the Union needs to have its own website. So, for example, I live in Pennsylvania. Therefore, PA's satellite is: pennsylvania.concealedcarry.com.

As a bit of a side note, you can type your state in there, just replace Pennsylvania with your state. Keep in mind, that not all of our state sites are being populated just yet, but that time is coming, quickly. Let's move on …

Many of the articles we publish on those smaller sites of ours never see the light of day when it comes to reaching our main audience. In other words, you may never even see these stories unless you know each state has its own website and visit it. What I wanted to do was compile a list of some of these stories with links back to their respective pages. This list will be updated from time to time, as I think about it.

Why is this list of defensive gun uses important? Well, for starters, you rarely hear about this sort of thing on the news. Also, many anti-gunners don't believe that guns can save lives. So, next time one of your anti-gun friends or relatives says “guns are bad and should be banned” you can combat it with this list. Keep in mind that we are not reporting in all 50 states yet. After all, we are not Kryptonians with Superman-sized strength, but regular, hard-working, freedom loving Americans. Let's get started:

Lincoln County detectives say that an effort was made to sell stolen guns for drugs in their town, but was thwarted by a civilian with a handgun. The situation left one of the dealers dead after the woman came out of hiding with her gun blazing.

There will be no charges brought against a  22-year-old who shot and killed the home invader by the name of Stacey Kendell Ross Jr., 20, of Jacksonville, said Onslow County District Attorney Ernie Lee.

A Winston-Salem police report has been released stating that one person is dead from an armed robbery at Coliseum Bingo and Games last Wednesday.

A 19-year-old Seattle woman was forced to shoot her ex-boyfriend as he charged at her holding a gun in the city’s Capitol Hill neighborhood on Monday morning, Seattle police say.

Stories from Chicago these days are often the subject of crime. It is a most unfortunate fact and one that almost always ends in tragedy, but sometimes instead of that tragedy, you will hear of someone who is not going to take criminality lying down, and instead will put down the criminal. That’s exactly what happened on the city’s Southwest side on Wednesday morning.

JUSTIFIED: Video of Shootout Between Criminal and CCW’er at Chicago Gas Station

The Elmwood Park police have recently released a surveillance video from an April 8 shootout at a gas station that led to the death of a 43-year-old Chicago man.

The victim of an attempted carjacking in Chicago was lucky to have his handgun to defend himself with, Wednesday afternoon.

On Sunday morning, at around 2:30 AM, Lancaster police were called to the scene of a reported shooting on the 600 block of Marietta Ave. What they found upon arrival was a shaken up husband and wife, with a wounded criminal bleeding on the floor.

Philadelphia Pizza Delivery Driver Attacked by Robbers, but Fires Back

A pizza delivery person, Kayveat Fredericks, who was attacked by a group of robbers, but managed to fire back at his attackers, is recovering in a Philadelphia hospital right now.

The Arizona Department of Public Safety is investigating after a trooper was shot during a response call near Tonopah, 50 miles west of Phoenix, early last Thursday morning. The incident occurred after 4 a.m. on westbound Interstate 10 west of Tonopah.

Monday night was a near nightmare for the owner of First Class Audio, a car audio store located in the 8800 block of Rosecrans Avenue in Downey, California.

The small Pasco County town of New Port Richey was nearly the scene of a tragedy on May 27, according to news reports coming out of the town. Luckily, however, these same reports show that tragedy was averted due to a quick thinking restaurant employee with concealed carry handgun.

Orlando Apartment Residents Fire Back at Group of Intruders

The residents of a local Orlando apartment complex were faced with a group of armed intruders early Thursday morning. Thankfully, tragedy didn’t befall the resident. Why? Because the people who lived in the apartment were armed themselves.

A woman who said she lives in the home stated that the homeowner was inside the home with their 3-year-old son at the time of the attempted burglary. She said the child alerted his father there was someone else in the house, and it was at that point that the homeowner encountered the perpetrator and discharged his firearm, killing him.

A man who was killed in New Orleans on Friday, February 10 is now said to be a suspected armed robber who was fatally shot by a concealed carrying customer inside a T-Mobile store, New Orleans Police have said.

Cypress Cellphone Thief Ends Up Making Off with Only a Bullet

Those gunshots were from the firearm of a man who’s name is not being released at this point, who was meeting with Derek Cooper and an unidentified minor under the guise of a cell phone for money transaction.

An odd story of both tragedy and blessing out of San Antonio this time around as a woman from the East side of the city used her firearm to defend herself against an intruder, perhaps saving her life. However, the tragedy lies in who the intruder brought with him during this crime turned shootout, his 7-year-old child.

Investigators said four male suspects tied up the family inside the home using their shoelaces.  Rene Garcia and his father were pistol-whipped to the point they were rushed to the hospital and given stitches to the backs of their heads.

Again, these are just a handful of the defensive gun use stories we publish from a relatively small number (currently 9) states. We also weed through the ones we choose to publish because there are just too many of them for us to put up. So, again I'll say: Guns save lives, and they do so every day of the week, all throughout the country.

Should I Carry A Gun For Protection?
Why You Were Told To Drag The Body Back In The House

One Response to Defensive Gun Use Compilation, And How Guns Save Lives