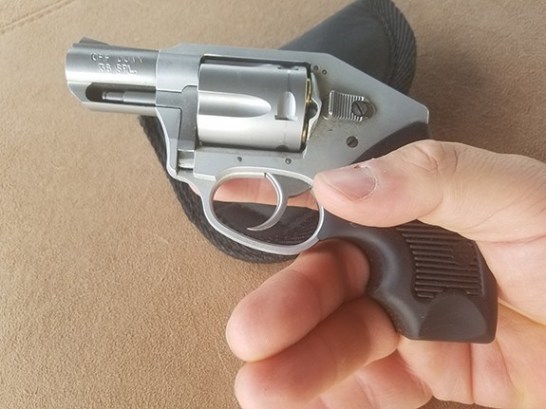 Nothing is sacred these days.

You can't even buy ice cream anymore without the fear that some nut job claimed it as their own by licking it. Nor can you buy a drink without wondering if some looney toon thought it'd be a good idea to honk a loogey in it.

People can be idiots and this transcends into all facets of life. This is simply my opinion and not necessarily the opinion of this publication. But, I'll say it again. Many people are idiots.

I've often wondered what happened behind the scenes at an airport and if there were any people who had the brazen balls to steal a properly checked gun from a suitcase. Apparently you can't even fly these days without some sicko going through your stuff.

A baggage handler in an Oregon airport stole six guns over the course of a few months and was eventually caught. After taking the guns, he'd send the bag off to a different location to make it harder for investigators to track down who was taking them.

It happens. People go through luggage. While the guy who stole these guns, who was sentenced to six months after pleading guilty, is the one who did steal them–I'd also argue that the airport shares in this responsibility. How? By having rules telling criminals where the guns are.

And, we do this because we don't want everyone to know we've got a gun on our hip. We believe it makes us less of a target once the doodoo (yes, I said doo doo. Hey, I have little kids.) hits the fan.

Why on earth would an airport make the rule to tag the suitcases that have guns? All this does is alert anyone looking for something valuable to steal that it might be worth the risk to open it up and check. And, if there is a gun in there, it isn't like they're stealing jewelry.

I'd argue that those with the special tag are often times treated in a special way. It's just that, this special way is by a criminal with motive to steal and sell guns on the streets to other criminals who will likely hurt others with them.

So I guess the point of this article is twofold. This is my probably lame attempt at voicing to airports to stop treating luggage with guns in such a way that can tip off criminals looking to steal. These guns almost always end up in the hands of the statistics being reported on by the anti-gun media.

Also, this is my attempt at telling criminals that if you're a gun stealing idiot you will get caught. This guy was slick, and it took a few months for him to get caught, but he got caught. Is it worth stealing guns to make a few extra bucks to spend some time in a federal prison?

I hope your answer is no, but ultimately it's your decision.

Finally, this is what gun control looks like. They think, let's change something so we can keep track of the guns. Let's try to help things by doing something.

The only problem is that a lot of the time these gun control regulations, even something as simple as putting an extra tag on a suitcase as was done in Oregon at this airport, can lead to bad stuff happening. And as usual, the only ones who really get hurt are the ones following the rules.

In conclusion, this is precisely why, when I fly with guns, I carry the cheapest, still reliable gun I own like the one pictured above. That way, if it is stolen while it's out of my control in the airport, at least it won't hurt my wallet that much. You can learn more about flying with your gun, here.

Then again, maybe we're all just better off driving. Check out Legal Boundaries By State, next.

One Response to Oregon Baggage Handler Sentenced For Stealing Guns