Yesterday Kimber announced the release of a new semi-auto handgun called the R7 Mako. Kimber produced the gun for self-defense, everyday carriers who want a high-capacity 9mm, with a micro-compact size. Since the release of the Sig Sauer P365, several other companies have released guns to satisfy this ever-growing consumer market. 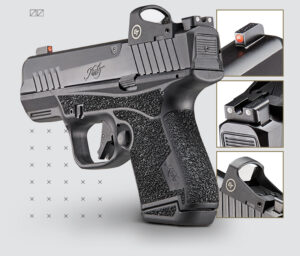 The R7 Mako comes with an impressive set of features and specs, along with the styling fans of Kimber firearms have come to expect.

The R7 Mako comes optics-ready to fit the Shield RMRSc, or already outfitted with a Crimson Trace CTS-1500 reflex sight and co-witnessed night sights. In addition, it is compatible with Glock iron sights, so options abound. 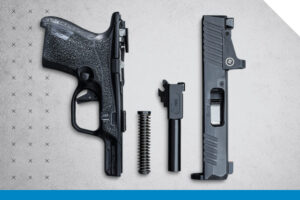 Kimber includes one 11 round and one 13 round capacity magazines. A Performance Trigger is what Kimber says is inside the R7 Mako. The spec sheet says its pull weight is between 5.0 and 6.75 pounds, with a consistent pull and crisp break of a single-action trigger. Kimber claims the trigger feel is superior to any gun in its class. The trigger shoe is straight and made of polymer. 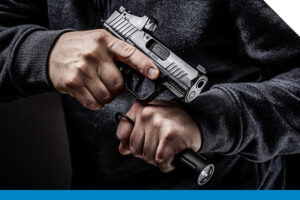 The slide of the Mako has forward and rear serrations, along with a hooded ejection port that helps vent gasses and ejecting brass away from the optic.

Both the slide stop and magazine release are ambidextrous to accommodate left-handed shooters. In addition, the R7 has a nice trigger undercut which allows for better grip positioning, and the texture wraps around the gun everywhere you need it. 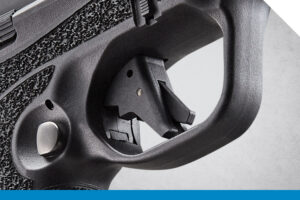 Here are the R7 Mako's Specifications as listed on the www.Kimber.Com website. I have also included the equivalent specs for the Sig P365, a well-known similarly sized handgun for some context.

What are your initial thoughts about the new Kimber R7? Kimber flopped several years ago when they released the finicky Solo handgun. However, they redeemed themselves with the Revo line of handguns which have obtained much better success.

If the R7 Mako is reliable, it may earn the attention of concealed carriers. The MSRP is $599 for the standard Mako. The model with the Crimson Trace will run you $200 more.

The gun appears feature-rich and smartly designed for everyday (EDC) carry. One issue facing newly designed concealed carry handguns is getting holster manufacturer support. Even if the gun is a winner, if holster manufacturers don't make a suitable holster, you're stuck using a universally sized holster which is not a fantastic option.

All in all, I hope the Kimber R7 Mako is a reliable handgun that people like to carry.