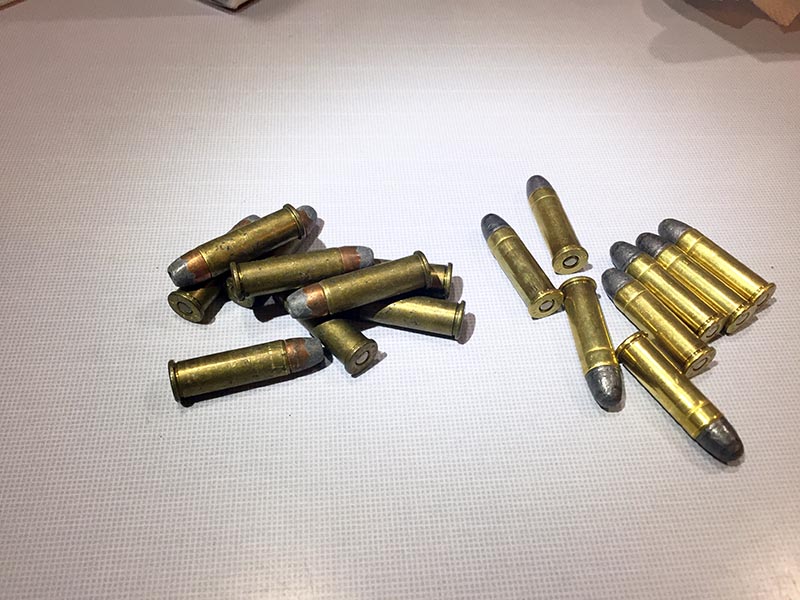 Ammunition is good forever, is the common response we hear when talking about how long ammunition lasts. I, personally, have shot Ammunition that has been stored for decades, shotgun shells that still were made of paper, and vintage ammunition for my Mauser and Mosin-Nagant that was surplus from World War II. Ammo does last a long time, when properly stored.

The only time I had ammunition that (consistently) failed to fire was the time I left a pocket full of .22s in my jeans that went through the wash. (Yes, not the smartest move but I was a kid and just had to know if they still worked … they didn’t) After a bit more contemplation, I thought I needed more information in order to find out just how long ammunition is supposed to last.

So I sent off emails to ten ammunition manufacturers (foreign and domestic) to get the scoop straight from the horse’s mouth. The answers I received were split down the middle. The ones who actually put a time limit on their product said, “Ten years if stored properly.” This answer was received enough that it must be the canned answer when someone asks, “What is the shelf life of properly stored ammunition.” The other fifty present said “It depends on how the ammunition is stored.”

According to the Sporting Arms and Ammunition Manufacturers Institute (SAAMI), “Ammunition should be stored in a cool, dry location away from solvents and other chemicals, heat sources, or open flames.” This is good advice. There is a lot of good advice on that site if you want to check it out. http://www.saami.org/

You see, the average centerfire round is not water or air tight. Oh, it is sealed up pretty good and will probably take a quick dunk in the creek while hunting without too much issue. But rounds that do get wet while hunting or other accidental moisture should be singled out and used up on your next target practice.

If you have a busted pipe or flood, any ammunition that gets submerged should be used up at the range or marked for disposal. Unless it is in a water tight container, that water will eventually work its way into the primer rendering that round inert. Ammunition that is stored next to solvents will eventually allow the solvents to corrode or infiltrate the casing. Moisture or other solvents will make your rounds fail.

If a round fails to go off it's not a big deal. Just hold your firearm in a safe direction for 30 seconds, eject, and mark that round for disposal. A round that goes off under powered is much more troublesome. That bullet could have enough power to exit the casing but not enough to exit the barrel. This is called a “Squib.”

A squib load could leave the bullet somewhere in the barrel until physically removed. This is why I always tell my students, “If something sounds or feels wrong, STOP!” If the shooter doesn’t notice that the sound was weak and fires another round, it could cause the barrel to rupture. If the sound is off or the recoil felt light, the gun should be examined to make sure the barrel is clear.

In my opinion, if you get a dud or a squib, the rest of the ammunition in that box or container is under suspicion. It could be just one bad round, or it could be a bad batch. Even factory ammunition is not above putting out the occasional bad run of ammo. I once had a box of 500 .22s that failed every third round. Eventually I gave up and disposed of the whole box.

So, the takeaway with storing your ammunition is that you should store your rounds in a nice dry place away from your cleaners, and, if you do this, it should help them last the industry standard ten years.

What about your EDC ammo?

Ammo that is carried in your every day carry piece should be rotated at least once a year. More often if you are in a wetter climate or spend more time carrying outdoors. Carry rounds are subjected to the elements more than a box of cartridges in the gun safe. You are betting your life on that ammunition so you should make the effort to keep it fresh and reliable. Keep it cool, keep it dry, and keep it fresh.

If you do need to dispose of ammunition, don't just throw it in the trash or dig a hole in your yard. You could inadvertently hurt someone else. It's always a good idea to check your local laws regarding ammunition disposal, but some solid options are to turn it in to your local police or local gun range so they can properly dispose of it.

Personally, I hope I shoot through my ammo fast enough that I don’t have to wonder if my ammunition is getting old. But I find myself increasingly buying ammo in bulk and adding to the various types of ammo sitting around. So it is a good idea to at least have an idea that your ammo is not past its prime.

Eric has been shooting pistols since he was 12 years old. His love of teaching new shooters handgun fundamentals pushed him to become an NRA pistol instructor. He has taught hundreds of beginners to shoot safely as an instructor, brings almost 40 years of experience, and is ever striving to learn more. Eric carries concealed every day and believes that the second amendment protects all the rest of our rights as Americans. He also hunts deer with rifle and bow and travels to other states from his home state of Pennsylvania to take part in stalking the ever-elusive whitetail.
View all posts by Eric Thompson →

4 Responses to How Long Does Your Ammo Last?