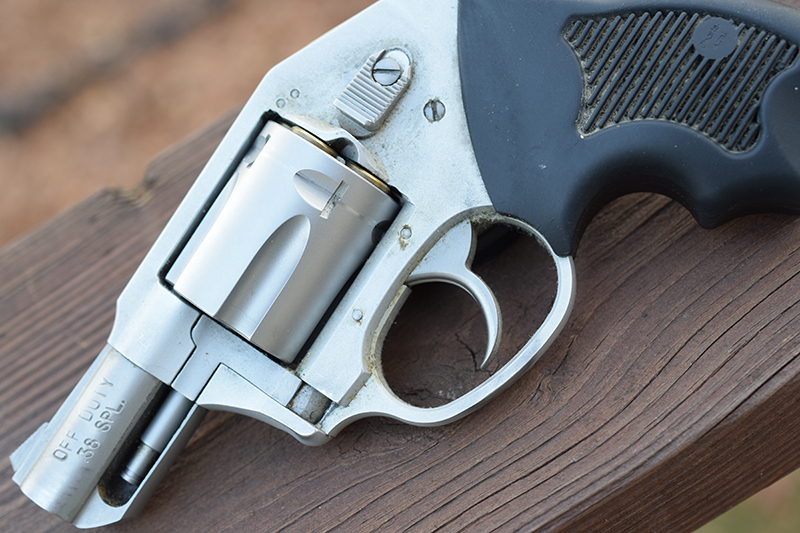 I've decided to conduct a small experiment on just how long one of my guns can go before needing to be cleaned. The revolver pictured in this article hasn't been cleaned once in the time I've owned it, probably about three years or so now.

It has a very specific use for me which we'll cover in a bit. But first, let's cover why I did this.

We always hear various things about revolvers that may or may not be true depending on who you ask, the gun itself, and even a few other aspects about it as we'll see in a few moments.

I repeat, this revolver has never been cleaned. Not even once. I'll periodically make an attempt to blow the dust off of it with my mouth which usually yields zero to little dust actually leaving the gun. I do drop some oil on it from time to time.

So, what are some of the things said about revolvers and guns in general? 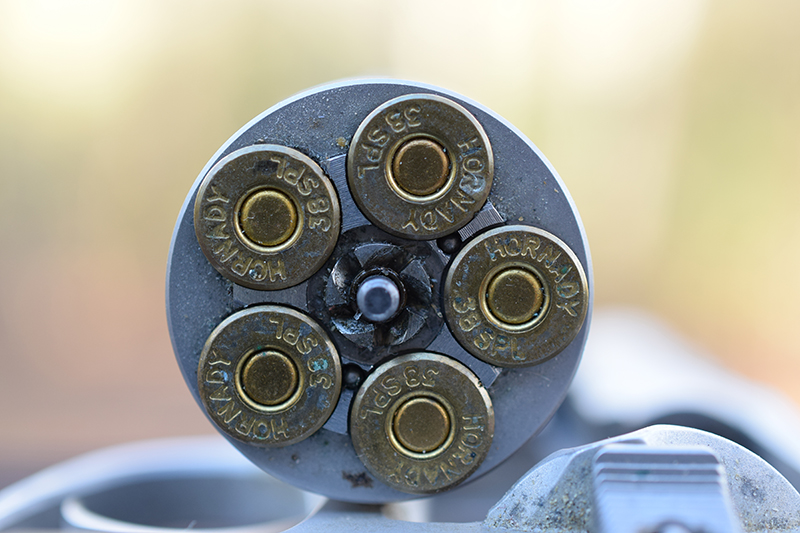 The cylinder is filthy and the ejection rod is stiff, not returning fully back unless I push on it. That is not rust on the bottom, I was concerned it was but it wiped right off.

This revolver of mine is my house gun. I drop it in my pocket holster and use it to carry my gun around my house. This is highly relevant because the pocket is one of the dirtiest places for a carry gun.

That lint and dust can work its way into every crevice, nook, and cranny on your gun–which is why this revolver looks the way it does. This ultimately brings me to my first point.

Revolvers don't fail. Well, first of all, yes they can. We've covered this more in depth here, but while this revolver still functions when the trigger gets yanked, there are other issues with it that could pose a real problem if I ever needed to defend myself with it.

The ejection rod is very stiff both when ejecting the rounds as well as when going back in. To get it fully seated again I have to push on it.

Then there's the cylinder release that sticks in the “cylinder open” position until the cylinder is closed and rotates again. Both of these could cause me issues if I had to reload my gun, which I wouldn't have to because this one sees duty primarily in my house and is meant to fight me to a better option.

Having said all of that, these failures are not detrimental to the operation of the firearm in its first five shots, and the gun still does function otherwise. Also, this can obviously be attributed to a failure on my part for this experiment. I'd also make the argument that many failures can be attributed to people, not the guns themselves.

I can only imagine what has worked its way into these parts to get them to not work properly. I haven't pulled it apart yet to clean it, but will be shortly. 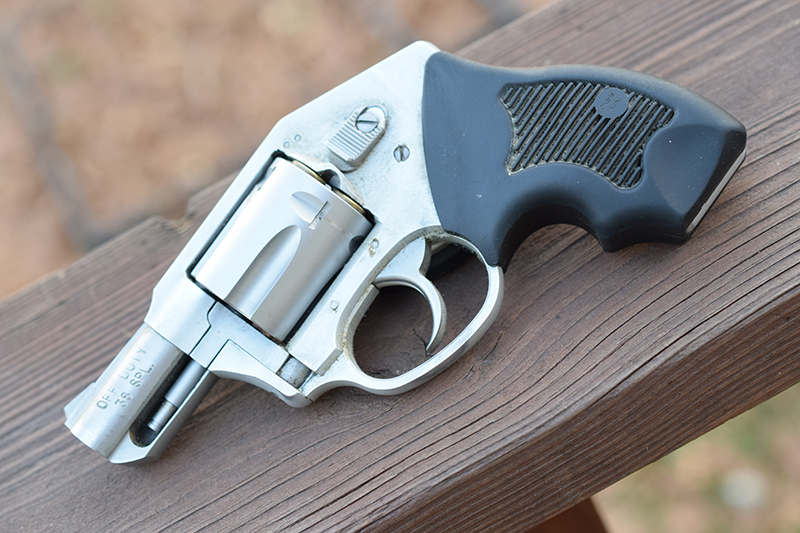 I hate cleaning my guns. But, I do recognize that I need to do it on at least a semi-regular basis. Because while this gun still fires, not all functions are at 100% which still poses a problem should I ever use this gun outside my home.

I'm not going to make an attempt to tell you how often to clean your guns because everyone will disagree with me and has their own schedule. What I can say is that I find it a huge waste of time to clean mine after each range session or even on a weekly basis.

All they really need on a regular basis is to be properly lubricated. Matthew goes more into depth about proper firearm maintenance in that article, and while we may not clean our guns at the same intervals, we can both agree that regular maintenance is important, as we've proven here.

My conclusion in all of this with my experiment in not cleaning this gun for at least three years (maybe more) is that guns do need to be cleaned at regular intervals, but will likely still work to a degree if the aliens attempt to take over the world and you can't get to cleaning gear.

What are your thoughts? How often do you clean your guns? Let us know in the comments below. Oh, and if you need new cleaning gear, we've got a plethora of goodies in our store.