Join Our Newsletter
Shop Our Store
MAIN MENUMAIN MENU
By Eve Flanigan on August 6, 2018 in Training 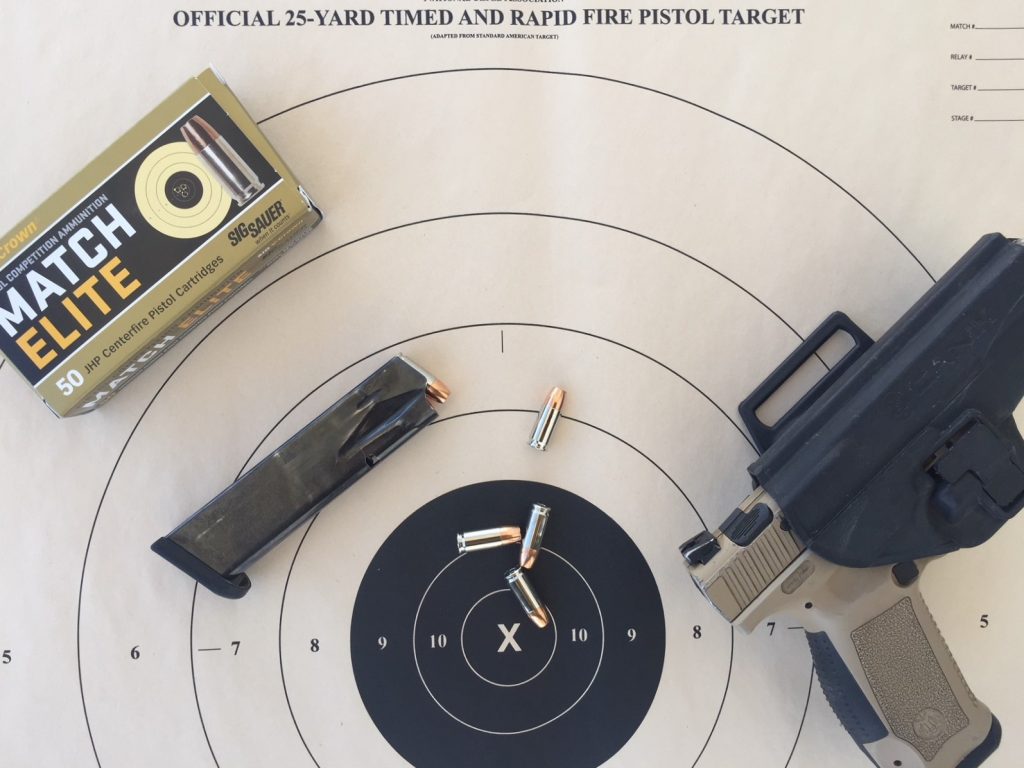 It was at a Larry Vickers pistol class in 2015 that I first encountered “The Humbler,” a drill that has been adopted by the legendary Delta Force program as a test and training tool for pistol marksmanship.

Since that class, I’ve shot the 70-round, 25-yard course of fire many times, and have witnessed dozens of friends and students step up to the firing line for their own experience—usually of being humbled. While focusing precious training time and ammo on shooting from 25 yards may not seem the most realistic approach for concealed carry training, I have found it a great exercise for improving marksmanship at more likely confrontation distances, and have developed a certain affection for the drill in terms of what it’s revealed to me about my firearms and ammunition.

The story goes, no one’s ever made a perfect score of 700. Someone told me Rob Leatham has aced it in recent years, but I’ve not been able to confirm that.

Equipment needed for brevity, the drill will be called “The 700” here. It can be downloaded, but before heading to the range, it’s a good idea to pick up some NRA B-8 slow/rapid fire pistol targets, plus some B-8 repair centers, as you’ll likely need to replace the center at least twice in order to keep track of holes throughout the drill. You’ll need a shot timer of some sort. If you don’t have one or aren’t ready to make the investment, there are a few free apps that suffice in all but the noisiest settings. Have a pen and calculator for score keeping.

Of course you’ll need your pistol, 70 rounds of ammunition, and a holster that allows a safe drawstroke.

The 700 eases the shooter into timed shooting from various positions in a systematic fashion. It begins with a warm-up of sorts: 10 rounds freestyle, in 10 minutes. After that, 10 more five-round strings are fired from various positions and single-hand, using the primary and support hand. Each string is timed, ranging from five minutes to 20 seconds.

Scoring is done after each of the 11 strings, so walking breaks are frequent, allowing time to reload while walking to and from. It’s helpful to keep score right on the target, with each numbered string showing its own score. At the end of the exercise, this system makes it easy to reference the drill itself and evaluate one’s strong and not-so-strong areas. Most shooters have a pattern of good performance in some areas and faltering in others, making The 700 is a good self-training drill.

This drill is tough enough that the average shooter can simply enjoy trying to beat their previous score. To feel like you’re crossing the threshold of excellence, a minimum of 560, or 80 percent, is the score considered a pass by some programs that use The 700 as a benchmark.

Having shot The 700 a few times myself, having called the course of fire for a group of shooters whom I’ve seen gradually improve in search of the elusive 80 percent, and knowing some expert shooters with their own opinions on the drill, I’ve come up with a few tips on equipment and process that I’m confident can contribute to a better score:

What does this have to do with concealed carry?

While it’s much easier to perform The 700 with a full-size or compact pistol, it’s also a good challenge to use your concealment gun, especially after shooting the drill with the larger handgun. This drill, done with concentration, will make you intimately familiar with your gun, especially the trigger and sights. You’ll get to know how your finger and the trigger’s path relate to each other in a way that closer and faster drills can’t replicate.

The 700 rewards the simple but critical skill of focusing the mind on the sight/target relationship 70 times in succession. While aiming is of course necessary for much shooting practice, The 700 cannot be performed well without total mental focus. In a self-defense situation, keeping your cool and correctly reading events as they unfold requires the same kind of attention to detail.

In addition to being enjoyable in that it’s a ballistic meditation exercise, The 700 teaches you what you can expect from yourself and your gun if you’re ever called upon to make a 25-yard life-saving shot. You’ll know the parameters of your skill as well as that of your gun’s accuracy, and will be able to make an educated decision to shoot or not.

Have you practiced this drill? If you have, or if you try it as a result of this article, please post your thoughts and, if you wish, your score below.