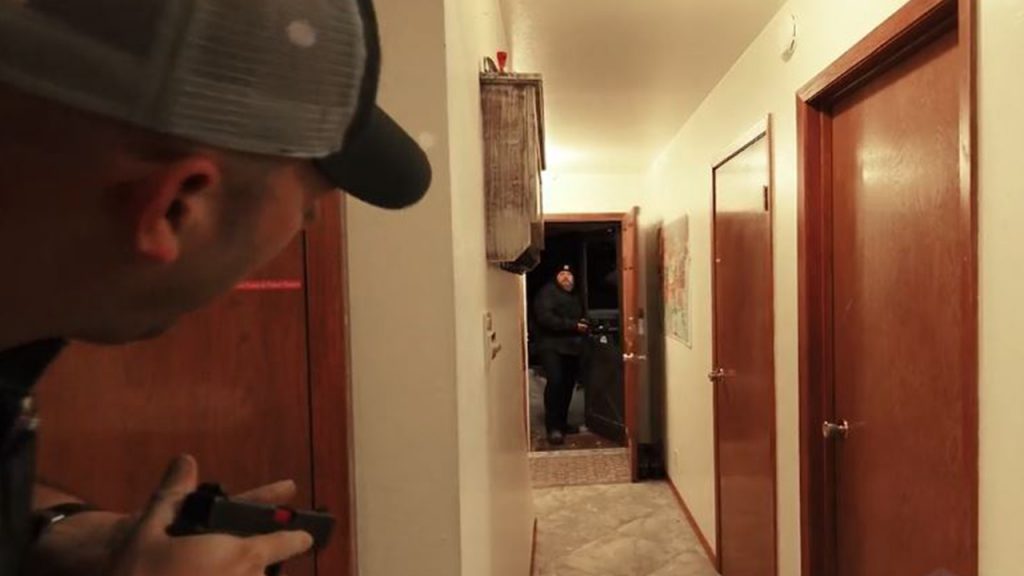 Leeds, Wisconsin – A man was found dead by his wife after going to investigate suspicious noises Friday night.

According to Columbia County Sheriff’s Office, the wife of 35-year-old Keith Wolf told deputies her husband had grabbed a gun and went to find out what was making the noise in the basement of their home located on Bradley Rd. at around 9:30 p.m.

While she waited for him to return, she heard a gunshot. She then went herself to see what was going on and found her husband dead at the bottom of the basement stairs.

She hurried back and hid in the home with her seven-year-old child and called 911. When deputies arrived, they escorted the mother and child out of the home to safety and then searched the house.

The husband was found where he had fallen, but no intruder was discovered in the search. A Columbia County Sheriff’s Office K-9 unit was brought in to find anyone hiding nearby, but without success.

An autopsy was performed by the Columbia County Coroner and the results allowed law enforcement officials to rule the shooting a homicide.

The Columbia County Sheriff’s Office is encouraging anyone with information about the shooting, or if they have seen someone in the area on Friday between the times of 8 p.m. and 11 p.m. to contact Detective Sergeant Tim Schultz at 608-742-4166 extension 3324, or call the Crime Stoppers line at 1-800-293-8477.

Clearing your home is a risky endeavor made even more dangerous when you do it alone. Many experts believe it is a better course of action to barricade yourself in a defendable portion of your home and wait for police to arrive since it is so easy to be ambushed.

Proper risk management should be followed to avoid a situation like the one above. If you are in fear that the intruder is in your home and a family member is at risk if you do not locate the threat, then you might not have a choice.

Read here for the Complete Home Defense – Tactics For Defending Your Castle for the latest tactics and techniques for home defense.

2 Responses to Wife Finds Husband Dead After He Went to Investigate Noise.