The vast majority of gun owners are responsible and safety conscious. No gun owner wants to fire a round unintentionally. That's the reason it's called an unintentional discharge. However, when we look at any instance of an unintended discharge, we'll find avoidable errors. Such is the case with a story I saw posted on a gun forum. 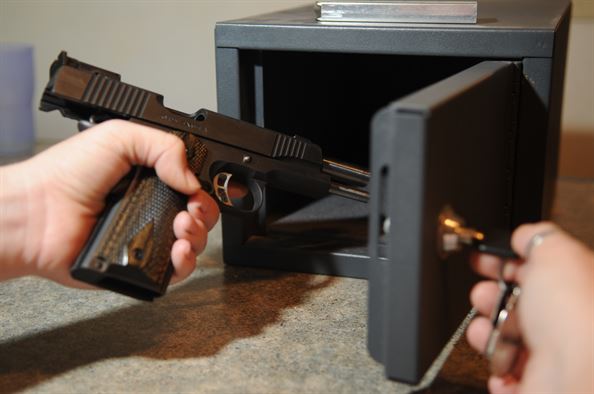 I don't know the individual who posted this, so I'm unaware of this person's experience carrying and handling firearms. Here is the entire text, with only curse words redacted.

Terrible experience, first off thank God no one was injured except my pride and my confidence as a gun owner. I'm here to get my — chewed by the community because I deserve it for sure but I also would like any helpful tips as well, no matter how redundant. So my family and I were getting out of my vehicle, they clear the car and just as I'm about to shut my door, I can see the end of the magazine sticking out of a “beanie” on the console shelf that I tend to tuck it in at times but USUALLY on safe. This was literally that 1 out of 10 times that my .40 wasn't on safe, I grab the entire beanie to move it out of sight.. middle finger landed right in the trigger well through the outside of the beanie.. BANG!, heads turn immediately.. round through the console, mushrooms, stops inside the door just left of the speaker (Thank God). So ashamed and rattled, lost a lot of confidence in handling a firearm today. I know I —— up, should never grab for a weapon I can't entirely see for sure, any words for me CCW community?

It's almost hard to overstate how bad this is. By God's grace, all the terrible things that could have happened, didn't.

First, the man didn't know where his handgun was. For many reasons, the gun should always stay on your person. Many people use ‘car holsters' which I dislike. It's just too easy to forget and leave the gun inside the vehicle. Second, this man didn't use a car holster, instead he opted for a…beanie. I won't belabor the point here, but a handgun needs to be inside a proper holster.

So far, we've identified two practices that had a direct influence on the negligent discharge. And there is more. 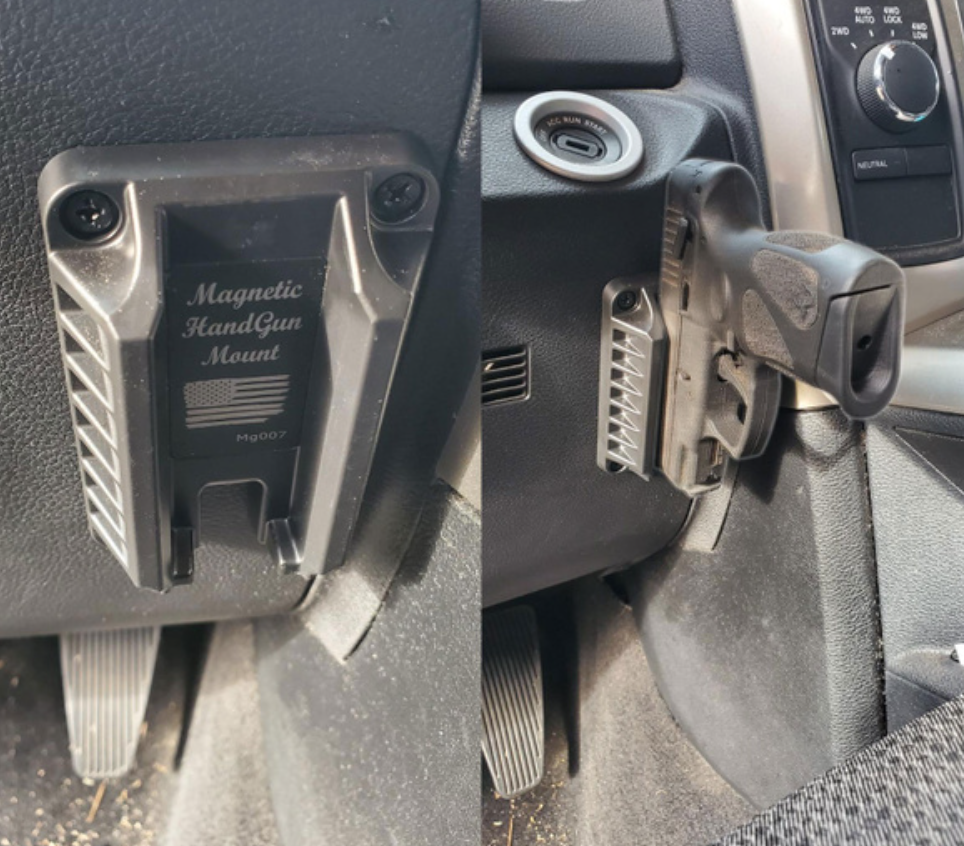 We've already addressed the beanie, but gripping the gun blindly through something like the beanie is dangerous practice. The worst-case scenario happened when his finger entered the trigger guard area and he pressed the trigger. Compounding this error is one of the reasons I constantly try to get people to break free from the idea that “guns with an external safeties are safer“.

Another issue with grabbing the gun like he did in the beanie is that he has no control over where he is pointing the muzzle. This gun could have just as easily been pointing back at him, or his family member, or an uninvolved innocent third-party. Quite scary. 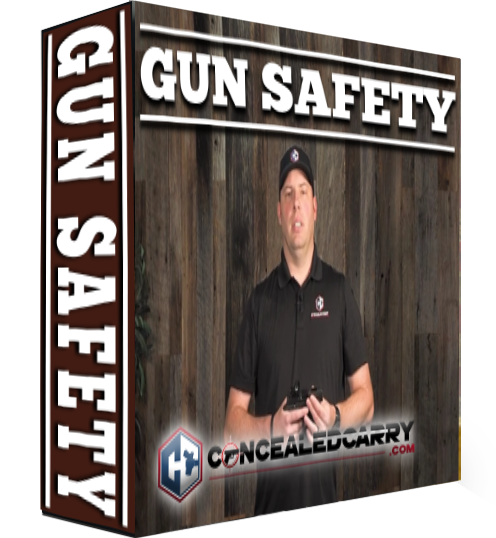 Safe gun handling habits are not optional. There is no excuse for being an unsafe, irresponsible gun owner. Here is a free gun safety class if you've never had one, or if it's been years.

I don't know if this man would have gripped the gun differently had he not thought the safety was engaged. But, he mentioned that this was “literally that 1 out of 10 times that my .40 wasn't on safe.” We need to remember a manual external safety does not make the gun any safer than one without. The actions of the person with the gun are safe or unsafe. If you want a gun with a mechanical external safety, great, but don't let it take the place of safe gun handling.

All the points mentioned above are symptoms of a systemic problem. It doesn't appear as though this was the first time the man did something like this. Rather, it's just the first time everything converged in such a way that he fired off a round. In this case, the errors are quite obvious and a responsible gun owner would have corrected them.

Reading what led up to the negligent discharge, we clearly see that it was only a matter of time before something bad happened. So to fix a problem, we have to identify the problem in need of fixing. Additionally, we need to take personal responsibility and not shift blame. 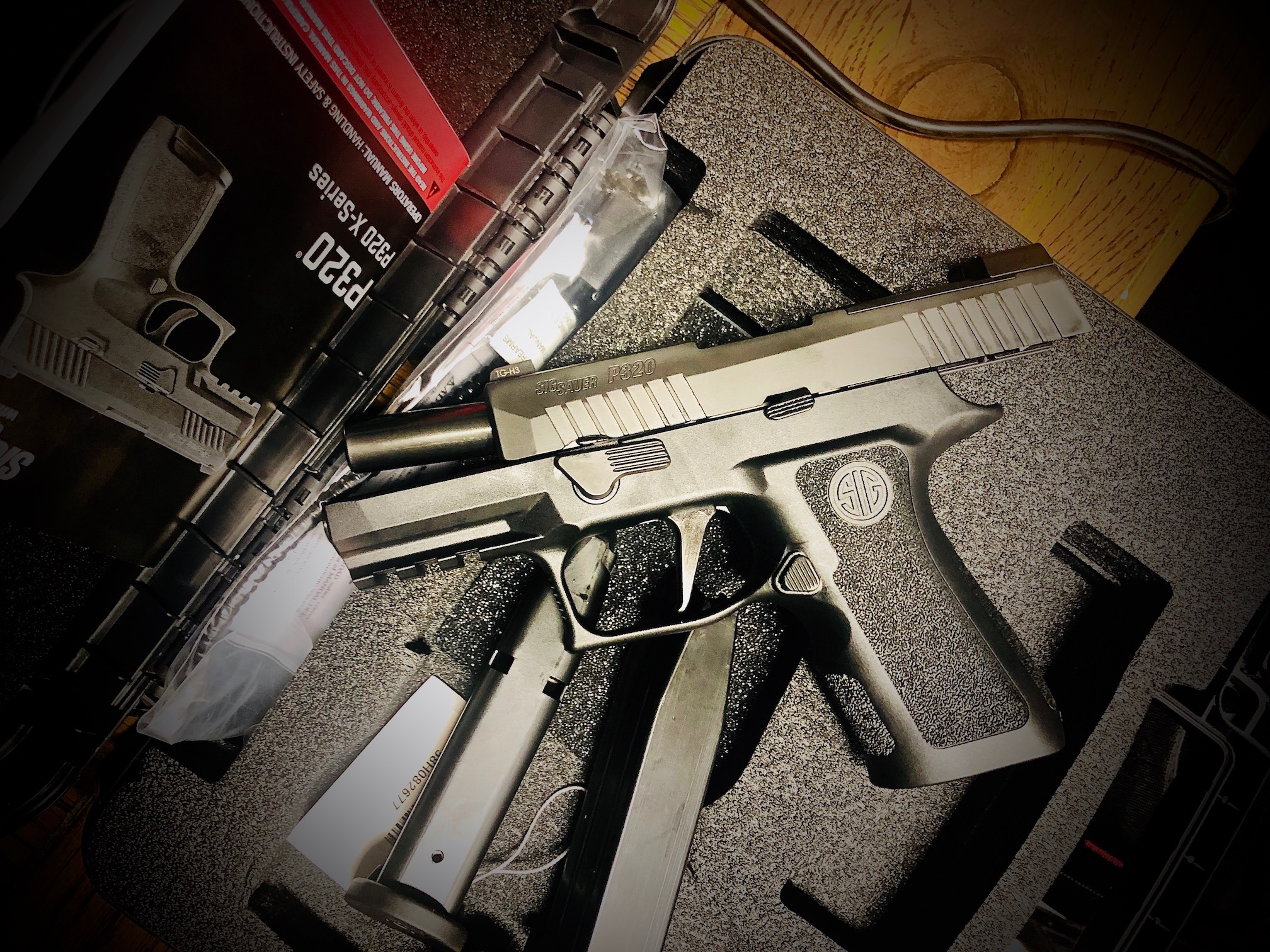 The man in this story seems to recognize he messed up, in a major way. No doubt this incident shook him, and rightfully so. He solicited feedback on how to correct his routine and practices to keep something like this from happening again.

Was he negligent? Absolutely.

Did he put people's lives at risk? You bet.

Does he need to change his systems and get some formal firearm training? Without a doubt.

Should he have known better? Of course.

Should he be barred from ever owning a gun like some suggest in comments to his post? I don't think so.

If he is genuine in wanting help to correct his processes, that is where I choose to focus. He's been given a second chance. Hopefully he uses it to be safer, more responsible and tell others about the importance of safe gun handling.