Join Our Newsletter
Shop Our Store
MAIN MENUMAIN MENU
By Riley Bowman on May 18, 2016 in Podcast, Safety 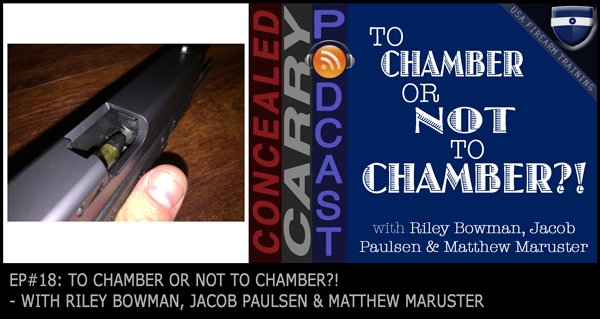 This is always one of the most controversial topics amongst gun owners–to carry their gun with a round chambered or not. Right up there with the age-old debate of 9mm or .45 (or .40), we’ll be looking at all the angles to this practice–pros and cons of both sides of the issue.

Today’s episode is sponsored by the Sig Sauer Elite Performance V-Crown Ammunition. From one of the top makers of firearms comes some of the top defensive ammunition. Available at an affordable price at www.concealedcarry.com/shop

Pick of the Week

36 Responses to Episode 18: To Chamber or Not to Chamber?!