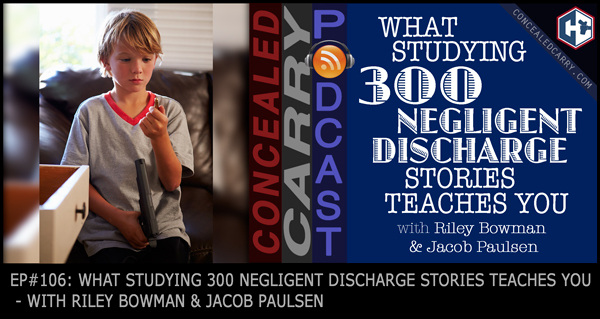 The ConcealedCarry.com team spent 3 months researching, studying and analyzing 292 negligent discharges that occurred between December 2014 and November 2016. What we learned from this intensive study was both remarkable and surprising!! Listen in to find out why both the anti-gunners and gun-rights supporters have at times been wrong in their understanding of some of these issues!  Tune in now…

5 Responses to Episode 106: What Studying 300 Negligent Discharge Stories Teaches You