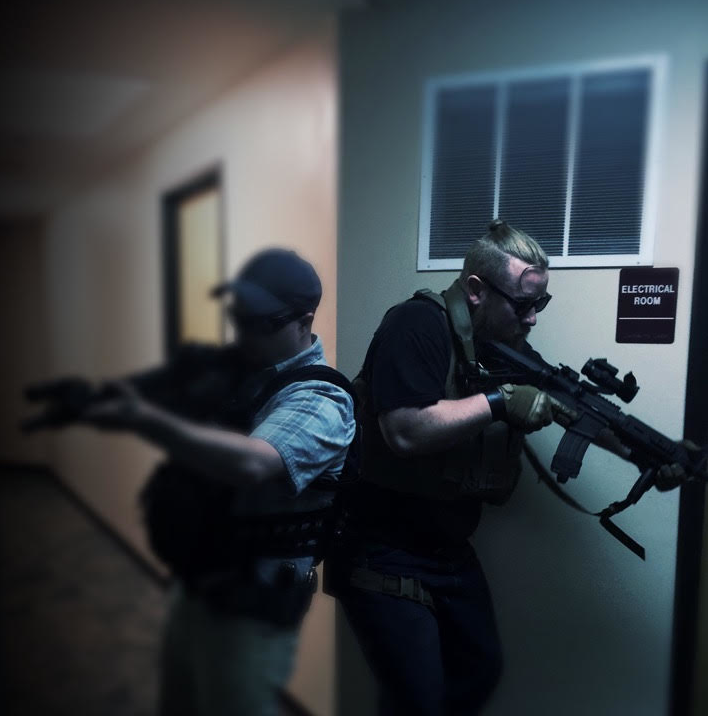 The well-documented use of tourniquets on the battlefields of Operation Enduring Freedom (OEF) and Operation Iraqi Freedom (OIF) has saved countless lives, and their use has increased in popularity in recent years especially within the firearm and first responder communities.

Anyone who has the foresight to put together a medical bag for any reason probably has a tourniquet or two. And for good reason.

Tourniquets save lives. They’re easy to apply and with a very small amount of training, can help anyone to save a life. There are few items as simple, but dramatically important as the tourniquet.

I learned this lesson during my time as a FMF Corpsman attached to 11th Marines in Afghanistan. And I've used my share of tourniquets and then some in combat, so trust me when I say I'm a fan.

However, the wounding patterns of casualties in active shooter incidents (ASI) show there are some important distinctions to be made when considering what equipment is most important, and how to render aid to those who need it. 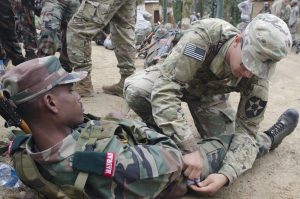 The Profile of Wounding in Civilian Public Mass Shooting Fatalities is a study published in the Journal of Trauma and Acute Care Surgery on February 16, 2016.

The study examines 371 wounds from a total number of 139 fatal casualties of 12 separate ASI’s.

Each victim had an average of 2.7 gunshot wounds (GSW) and,

From this study, we can see that the primary areas of wounding that occurred during an ASI is the head and chest. None of the victims died from extremity hemorrhaging, which means no amount of tourniquets would have aided the casualties survival.

What’s going on here? Why is the prolific use of tourniquets effective for the military and not civilian casualties of an ASI?

The key is in how the injuries where sustained in the first place.

Significant progress has been made in the areas of trauma medicine since Operation Iraqi Freedom (OIF), and Operation Enduring Freedom (OEF), and with it the improvement upon tourniquets themselves and procedures to apply them.

The mass use of Improvised Explosive Devices (IED) by enemy fighters, and the use of body armor by US troops, meant a wounding pattern which primarily affected the extremities. This is where treatment with a tourniquet is the ideal solution, and why the numbers backing the use of tourniquets are so high.

Granted, it’s not out of the realm of possibility for active shooters to incorporate IEDs into their plans of attack, and in fact there are many cases of crude bombs being found. Overwhelmingly, however, firearms are the weapons used during ASIs against unarmored civilians.

Surveillance videos abound of shooters strolling at a leisurely pace taking carefully aimed shots at fleeing civilians. They tend to take their time and move from one place to the next in no great hurry. This ensures increased accuracy, allowing critical hits to be made on areas most likely to cause death – the head and chest.

Areas where a tourniquet would have no value. Since the ASI wound study did not consider any of the head wounds survivable, this leaves the injuries of the chest causing all of the preventable deaths.

The most common preventable way to die from penetrating trauma to the chest is by Tension Pneumothorax. 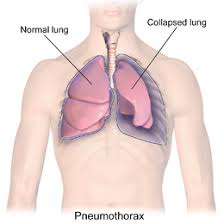 Tension Pneumothorax develops after a bullet (for our purposes) punctures a lung, allowing air to enter from the wound into the chest cavity, but unable to escape. Over time, air builds up pressure to the point where it begins to restrict blood flow of the heart and other nearby vital arteries.

This can cause what is known as Obstructive Shock. The heart and arteries are unable to function properly due to being compressed or obstructed, in a similar fashion to how a tourniquet works. Additionally, pressure is placed on the injured lung making it unable to stay inflated or function.

Fortunately, this usually takes a little time to develop as the pressure must build before the Tension Pneumothorax is able to cause complications. Generally around 15-20 minutes, but this is largely dependent on the size of the hole.

This length of time means it is not nearly as pressing to address as, say, massive hemorrhaging from a femoral artery. Because of this, the risk of death occurring under normal circumstances is relatively low if the patient is able to get to a trauma surgeon in a timely manner. America enjoys the advanced technology of modern ambulances which are able to quickly drive or fly the victim to surgery to be performed by highly skilled doctors.

An ASI is anything but normal, however, and victims could be in place for long periods of time before they are discovered, and/or the scene is made safe enough for medics to do their jobs. This could allow enough time to pass for a tension pneumothorax to kill the patient.

The year after The Profile of Wounding in Civilian Public Mass Shooting Fatalities was published, the Las Vegas mass shooting occurred, earning the title of the deadliest mass shooting in US history.

The Huffington Post contracted, “Arthur Alphin, a ballistics expert who specializes in the forensics of gunshot wounds,” to give his opinion on the wounding patterns of the Vegas victims as reported by the Clark County Coroner.

However, 2 of those victims with extremity wounds had other more serious injuries which were more likely to have been fatal. Only one person is confirmed to have died via uncontrolled hemorrhaging from an extremity:

Cause of death: Gunshot wound to the leg.

“The bullet enters the victim’s right leg at the side of the knee, exiting slightly higher on the back of her right leg. The victim’s body is received with a tourniquet, suggesting a bystander attempted to stop the bleeding.

Alphin added that the tourniquet may have been a sign that a veteran of either the Iraq or Afghanistan war attempted to stem the bleeding following a treatment protocol that has come back into favor in the U.S. military.”

(Improvised tourniquets, while certainly better then nothing, are seldom trust worthy. Additionally, the report states: “Contusions and abrasions to the victim’s face, arms and legs suggest she may have been dragged or trampled after collapsing.” If the tourniquet was first applied and then the victim was dragged or trampled, it may have inadvertently loosened.

Always recheck your interventions–tourniquets, chest seals, etc.–anytime the patient is moved to ensure it's still doing the job, especially if its something you cobbled together out of a t-shirt, hair ties, and a rolled up magazine.)

The success of tourniquets in combat is due in large part to the use of modern body armor. Protecting the easiest to hit target on your body (the chest and torso) drastically improves survivability from GSWs.

But Active Shooter Incidents are not combat. The people being wounded are soft, slow-moving targets. And as the evidence seems to imply, tourniquets are not the most important medical intervention to procure.

The solution is more chest seals.

A chest seal is what is called an “occlusive dressing.” ‘To occlude' means ‘to stop, close up or obstruct an opening.' It refers to any non-porous material (plastic) affixed in place to prevent more air from entering the chest cavity.

While there are of course many professionally manufactured chest seals designed to function as required, occlusive dressings can be made from just about any plastic packaging or bag, and tape.

This ability to improvise could prove handy when/if resources begin to run low. But professionally made chest seals are ideal for expedient treatment.

Not only could you make your own if you had too, chest seals are perhaps even easier to apply than tourniquets:

While a sucking chest wound could eventually kill your patient, I would not consider this a care under fire procedure. The first and primary goal of any armed first responder should be to stop the threat. If it is not stopped, the threat will continue to make casualties faster then you can treat them.

Many trauma, or “blow out” bags, include a needle decompression kit for treating patients with Tension Pneumothorax. This is only necessary after the condition has worsened to the point where it has become life-threatening. The timely and correct application of a chest seal could prevent the need for needle decompression.

However, if you decide to carry one in your kit you should be professionally trained and without a doubt understand fully and comfortably how to use it. Improper use could cause significant additional injury to your patient.

Chest seals on the other hand have no risk as it is essentially just a sticky piece of rubber and is far less likely to cause further harm to the patient regardless of the placement.

For someone who is putting together an ASI trauma bag, such as for a faith-based organization, extra chest seals are recommended. I suggest aiming for a set number of patients to be treated and acquiring enough supplies to treat them.

From the study we can see that each victim was shot an average of 2.7 times. If we round this number up to three for the sake of discussion, this means there is a total need of 6 chest seals per patient. One for each entry and potential exit wound.

If the goal is to be able to treat 10 patients with the trauma bag, there must be at least 60 chest seals in addition to all other medical equipment.

This might seem like a lot of chest seals for just 10 people but hopefully you won't have to use them all, and the relative inexpensiveness of chest seals makes it possible.

Don’t get me wrong. Tourniquets are great for saving lives and no medical kit is complete without at least one. However, it's important to distinguish the difference between the battlefield and a crowded concert venue so that better training, mindset, and gear can be disseminated among first responders of Active Shooter Incidents.

Check out these medical supplies, next.

SHOP Talk: Law of Self Defense
How to Lose Your Concealed Carry Permit – CCW Revoked!

36 Responses to Active Shooter Medicine: Are Tourniquets as Important as Everyone Thinks?