Join Our Newsletter
Shop Our Store
MAIN MENUMAIN MENU
By Joshua Gillem on April 5, 2018 in Opinion 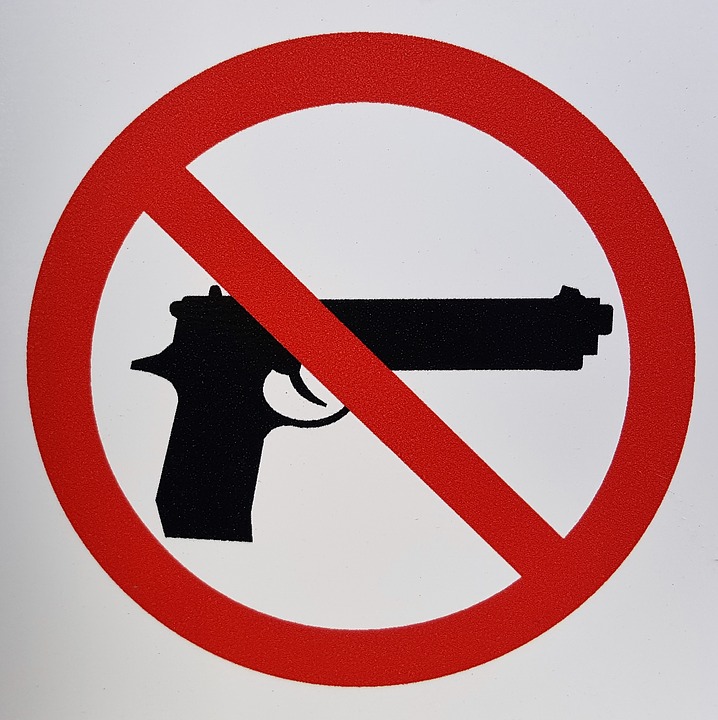 If the United Kingdom had any more gun control, they'd have their police officers unarmed and unable to defend themselves and others against criminals. Wait, what? That already happened? Well, gee. I guess they don't have any shootings or any crime anymore, right? I mean, that's what we're told will happen if we turn in our guns.

And yet, in a perhaps strange turn of events (or not, if you have any common sense about you), people are shot, stabbed, or otherwise killed in the UK, All. The. Time. The UK, by the way, is one of the worst places on planet earth as far as buying a firearm for protection is concerned because it's nearly impossible and there are so many laws preventing people from the basic right of self-defense.

And, as stated a minute ago, even a majority of the police are disarmed. This is our model, folks. This is the model our politicians want to follow. This, and Australia, are the countries named when they cite countries where “gun control works.”

But, when you take a candid look at the actual numbers, you can see that not only does gun control not work, it has the opposite effect. Let's take a look at the numbers and see if this is something that's viable for us. So we are all on the same page, the following website is where the quotes are taken from when discussing the UK and its crime stats: http://www.dailymail.co.uk/wires/pa/article-5572651/Teenage-girl-shot-dead-latest-wave-violence-London.html

Monday’s attacks come amid concerns over rising violent crime in the capital.

On Sunday a 20-year-old man was the 31st person to be stabbed to death in London so far this year.

He was fatally knifed moments after leaving a bar in Wandsworth and died in the street.

On Thursday, the family of Abraham Badru, 26, who was shot dead in Hackney, east London, on March 25 warned that “gun culture is becoming rampant in our community”.

There have been five fatal shootings in London so far in 2018.

The latest incidents will bring fresh scrutiny on the Government’s efforts to halt rising levels of violent crime around the country.

Figures published in January showed police recorded 37,443 offences involving a knife or sharp instrument in the year ending September 2017 – a 21% increase compared with the previous year and the highest tally since comparable records started in the 12 months to March 2011.

So, even though there are so many restrictions on guns in the United Kingdom, people are still getting shot. While that is interesting in and of itself, what really caught my eye is that there were almost 37.5K sharp object offenses in a one year period, equaling a 21% increase over the previous year.

And, chances are very good that the number is at least somewhat higher than 37,443 cases where a knife was used to injure someone, because I'd wager money that not all instances were reported.

Still, regardless of the actual number, a 21% increase in reported stabbings is unreal, and really makes me think that what we've been saying all along is totally true, ya know, because I didn't believe it before. What have we been saying? That criminals will use whatever they can to commit crimes, and don't need a gun.

Or do they? After all, so far in 2018, 5 people have been shot to death with a firearm in one of the hardest places to acquire a gun in the world. After all, I also pulled this little gem from the same article, a bit further down:

Gun-related crime also went up by a fifth year on year, to 6,694 recorded offences.

You'd think that, with it being so hard for people to get a gun, that nobody would get shot because there aren't any guns to do any shooting. They went on to say that, overall, gun-related crime is still down.

But, I wonder if it will stay that way if it continues to rise by 1/5 each year. Time will tell, but it seems like the UK's problem is serious, and the people are demanding the government to protect them from themselves even more.

And that, my friends, is exactly what we cannot do. We cannot give up the right to protect ourselves and demand at the same time that the government protects us. Because, nothing can stop someone from killing me with a knife, an illegally acquired gun, a bat, or even their bare hands, unless I'm sufficiently armed or at least capable of defending myself. In other words, the only thing that can stop me from getting killed is me.

To forfeit the right of our individual and collective defense against criminals and tyrants to appease the feelings of others would be asinine. This asininity is amplified once you realize that gun control does not work. In fact, if you look at the numbers, it's quite the opposite. Gun control fails. It falls flat on its face. What are your thoughts? Let us know in the comments below.

One Response to The UK Crime Numbers Don’t Lie: Gun Control Does NOT Work