Join Our Newsletter
Shop Our Store
MAIN MENUMAIN MENU
By Mitch Goerdt on September 27, 2022 in Opinion

My knees are bloody, my neck is sore, I have bruises all over the place, I’m flat out exhausted.

And that’s just because of the beating Mickey Schuch gave me. 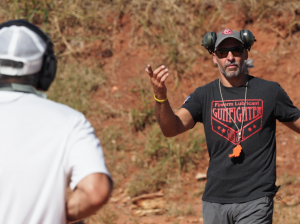 That guy Mickey Schuch. More about him later.

How My Showdown With Mickey Schuch Began —

Mickey’s that guy from Carry Trainer and GunFighter Gun Oil. He was also an instructor at the conference. How he built his students' confidence while also challenging them continuously, both mentally and physically, was pretty impressive. I’ll tell you more about that beating later. I wasn’t sure if I wanted it at the time, but I went for it, and it turns out I needed it.

The 2022 Guardian Conference was September 16th-18th at the Oklahoma City Gun Club. The Club is right in the backyard of CCW Safe, the host and title sponsor of the event. 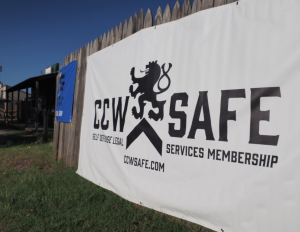 People from 25 states got in their vehicles or boarded planes, some having to travel a few thousand miles to come and train with an incredible line-up of instructors. I could sit here and type forever, just going through the experience levels and accolades of each of these instructors. That list is long, and it is impressive. On top of that, these men and women were incredible human beings. 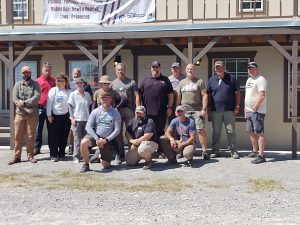 The conversations I had were overwhelmingly positive, having to dig deep for criticism. Best I could get were suggestions on different muffin flavors at breakfast and if I could install a controllable thermostat on Mother Nature. I also would have liked to see a Chocolate Chip muffin in the mix. But that whole government climate control conspiracy rabbit hole isn’t something I want to go down, not again anyway. Not trying to get on any more lists than the ones I’m undoubtedly on already. 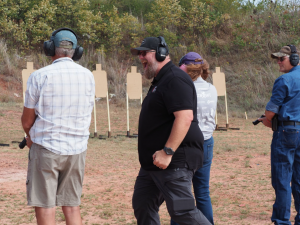 Sam Middlebrook encouraging students like only he can do.

It Takes a Team —

I didn’t actually take any courses; I was there just to do my best to make sure the Conference went well. Whether it was running to pick up lunches or fighting our instructors, I was the man for the job. The Conference was fantastic. We crushed it. Our team invests their time and abilities unlike any other I’ve seen. There were constant smiles on attendees' faces and the positive energy was impossible to ignore. 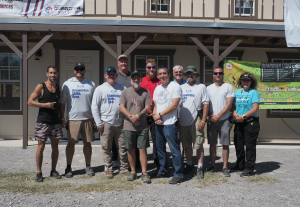 You would think with the conference landing smack dab in the middle of Mercury being in Retrograde (shout out to my fellow hippies) we would have experienced more hiccups or issues, but we made it through. A few scratches and bruises, but every person who attended left a better person at the end of the weekend. 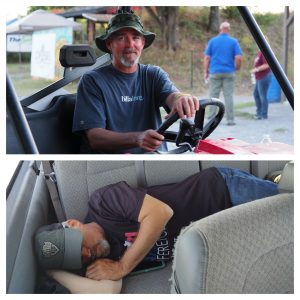 David, one of the hardest working guys I know.

I have zero doubt that every single attendee, 19% of which were women, went home with new invaluable knowledge. Attendees had their minds blown. 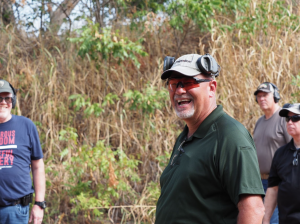 Wayne Dobbs is a wonderful human, who is also one heck of an instructor.

What's The Point of It All —

Yes, weapon handling skills saw significant improvements. But the experience changed the mindset of everyone involved. Pre-conceived notions on gun-culture got tossed out the window, and there were tears of joy and realization every day (probably mostly from me). 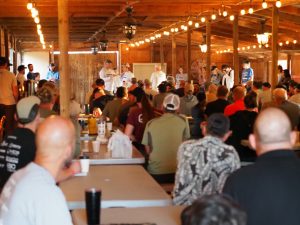 This conference is different. It’s about people. It’s about becoming a better human being. The experience challenged everyone to push themselves and they left more confident in their abilities. Better equipped to be leaders in their communities and Guardians of those that they love.

We are putting the 2023 Guardian Conference on the same weekend next year September 15-17th at Oklahoma City Gun Club. 25% of this year’s attendees also went last year and I expect an increase in that number next year as just about everyone was saying they were coming back for sure in 2023! This is some of the most diverse, highest quality, and most affordable training you can ever get, we make sure of that.

Be sure to sign up early to save more and secure your spot for next year! 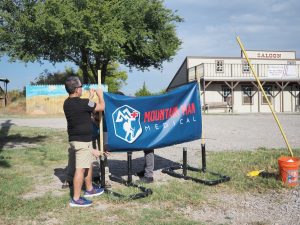 Okay… back to the sparring match with Mickey.

Let me tell you, I’m a talker and I always have been. I can talk crap with most, but Mickey Schuch is a grandmaster. His verbal skills and quick wit are impressive. I like a challenge so I felt like going back and forth with him and we wrestled a bit. He went easy on me. I used some of my non-existent ground fighting skills on him, and then after I told everyone that I would have had him if only he hadn’t given up. You can bet he was gonna' hear about it. 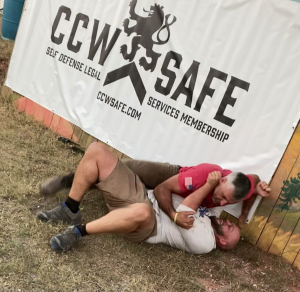 Clearly, I am letting Micky feel like he was winning.

Fast forward to the next day, the conference has wrapped up, attendees are all gone and Mickey calls me out. He’d heard I’d been talking smack. Challenge accepted. I continue to run my mouth. Mickey continues to make me tap out via various chokes and armbars half a dozen times over what seemed like a much longer time than a few minutes. He still took it easy on me, but he made sure I felt it this time. A few of my coworkers were even slightly concerned. But it looked worse than it felt; I kept smiling and talking smack.

Truth be told, I was just proud of myself for accepting the challenge. 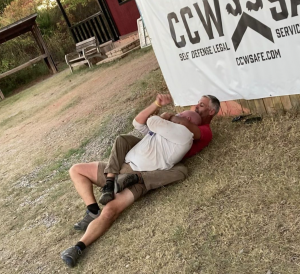 Another shot of me dominating Mickey.

Truth is Mickey Beat my Butt, and He was Gracious About it —

Afterwards Mickey shook my hand and thanked me a few times and was sure to tell me I would probably be good at Jiu Jitsu if I went to some classes. Maybe he respected me a bit more afterwards for not backing down… but either way, I respected myself more.

The experience humbled me, reminded of my weaknesses, and inspired to be better. Then, just like he did with the students in his classes, he built up my confidence. Maybe next year Mickey and I will go for round 2. I hope you will be there.

Mitch Goerdt is a jack-of-all trades and a Social Media & Marketing Manager for ConcealedCarry.com. Mitch grew up shooting, hunting, and generally enjoying the outdoors in Northern Minnesota. He spent years working in the Taconite Mines of the Iron Range as laborer, Millwright Mechanic, and Welder. In 2015 he decided to pursue other dreams and a new career. He dove head first into the marketing world, soon finding a home in the firearms industry with Concealed Carry Inc. A lover of the outdoors and travel he has been moving around this great country exploring all that he can. Today he lives in South Carolina near the beach and contributes to the Concealed Carry family of brands' media efforts.
View all posts by Mitch Goerdt →

Should You Ever Talk to The Police After a Self Defense Shooting
SoftSeal: Amazing Ear Pro Upgrade | REVIEW, 1 Year Update