Join Our Newsletter
Shop Our Store
MAIN MENUMAIN MENU
By Joshua Gillem on November 14, 2018 in Opinion 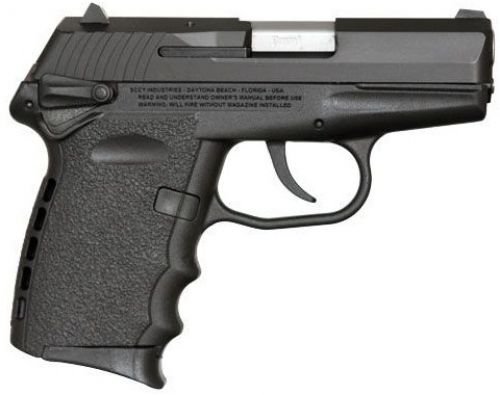 Is it ever okay to buy and carry a cheap or no-name brand gun? Yes. Yes it is okay with a couple caveats. But before I get to the point of this article I'd like to address something else, entirely, that I see all the time that irritates me.

Said newbie goes into a Facebook gun group and asks something long these lines,

Hey guys, I'm pretty new to guns. My local gun store has a SCCY CPX-1 for sale under $300. Is this a good buy? Thanks in advance!

The person is excited to be entering a new phase of his/her life and has approached a group of people who they believe to be friendly and knowledgeable. And sadly, many of the people who responded were clearly neither friendly nor knowledgeable.

What follows is usually enough to scare away even the thickest-skinned newbie to never want to associate with gun folks again, simply because the respondents were colossal jack wagons in desperate need of attention or an etiquette lesson.

Here's the deal, my friends … mean people suck. Don't be that guy. If there is legit concern over the questioned firearm explain why and move on.

No need to belittle someone who doesn't “know any better.”

And in fact, I know plenty of people who trust their lives to SCCY pistols or other cheap guns who have NEVER had a single malfunction with their chosen self-defense weapon.

And those who have had malfunctions found out what was going on, fixed it, and still carry that gun because they found out it didn't like that particular type of ammo.

And that's really the point. Isn't it?

Training is key, no matter the brand

It's not good to go out and buy a gun of any make/model if you're just going to shoot it once and then carry it. Whether it's a Glock, SIG, FNH, SCCY, Charter Arms, or any other gun. It doesn't matter. What matters is your comfort level and proficiency shooting it.

If you've gone to the range with your 300 dollar pistol and have got 500 rounds through it with zero malfunctions and you're comfy cozy carrying it, great.

But you have to train with it to be sure, and you shouldn't carry a gun before you know it's reliable with your chosen ammunition, which is usually the issue at hand anyway (though certainly not always). Doing so could be disastrous no matter what gun you carry.

I know people who've spent money on expensive guns that didn't work for anything and were jam-o-matics. Any self-defense firearm can fail.

I know someone who carries a Glock 42 and it fails to feed with certain ammo. Glock is notoriously one of the most reliable brands out there. Should that person discontinue use just because it fails with one brand of ammo?

They didn't think so, so they worked through it to find out what works and still carry it on a regular basis.

Buy the best handgun you can afford

You need to be able to defend yourself and family.

However, if you can afford a $500 gun with a more proven track record … go for it. But the most important thing you can take away from this, is that no matter what gun you carry, you must train with it at regular intervals to make sure it works with your chosen self-defense ammo as well as to increase your skills as a self-defense shooter.

What about you? Do you carry a cheap gun? Let us know in the comments below.

Also, keeping up with the whole cheap theme, I offer you up some free online training.

13 Responses to Is It Ever Acceptable To Carry A Cheap Gun?