Join Our Newsletter
Shop Our Store
MAIN MENUMAIN MENU
By Joshua Gillem on June 13, 2018 in Opinion 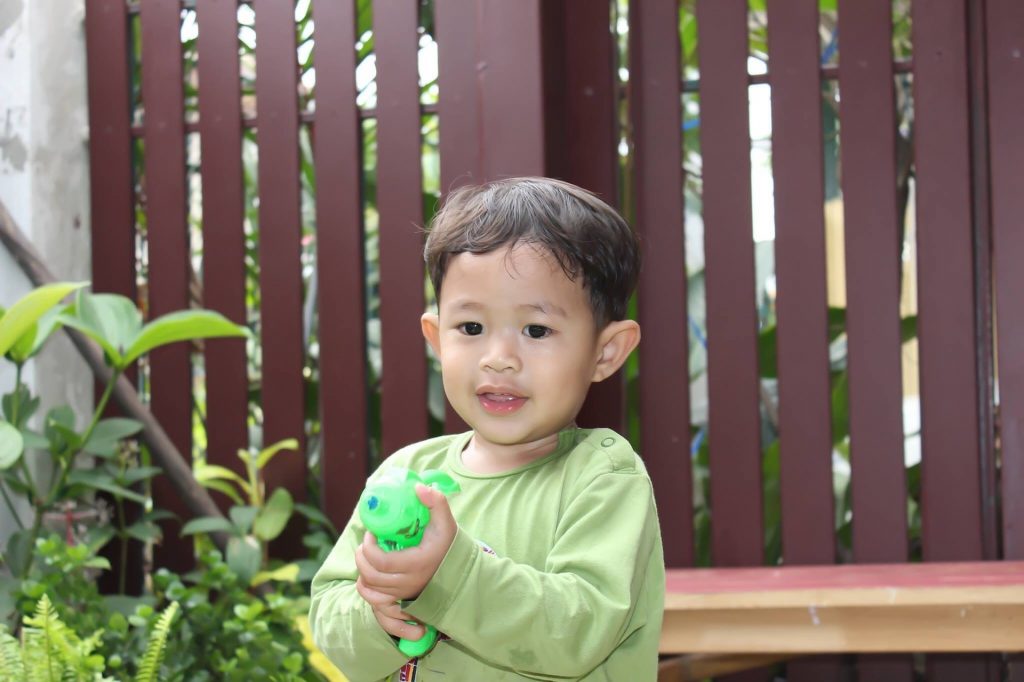 Kids can learn how to be safe around guns.

While perusing the World Wide Web as I usually do, looking for things to write about, I came upon a gem of an article on Vogue's website that makes me scratch my head. Do they actually have the gall to say “should we still let children play with toy guns?”

I had to read it, and of course, it was filled with the usual stinky brown stuff gun grabbers spew from their pie holes. After reading it, I offer up this advice to them and anyone reading their drivel:

If you don't want to let your kids play with toy guns, which is asinine in my opinion and I'll show you why in a moment, keep your grubby hands off my kids and what I let them play with.

After all, if it was only an internal struggle the writer had, wouldn't she have said, “should I let my kids play with toy guns?”

Huh, it's almost as if the writer is speaking for all kids. Anyway …

Let me explain why actually teaching kids about firearms is important. Let's go way back to my middle school days when I first started learning from Officer Hague, my old DARE program officer. He actually taught me that drugs, alcohol, and even smoking was not something I should do and then showed me why.

I don't remember most of the specifics, but I do remember him, the impact he made, and the overarching message: He taught me and a bunch of other kids, that drugs were, in fact, not good.

Outside of my blurry-eyed barracks drinking days in the USMC, I've never touched a single drug. I believe that it was at least partly due to the fact that I was taught that drugs are bad. Mmmkay?

In the same vein, I wonder if anyone has ever given any thought to the simple fact that, gee, I don't know, maybe we should be teaching our kids about guns instead of never even letting them see a toy gun?

After all, how do we expect children to learn things if they aren't taught? I can see it being a concern if you just take your little ones, stick them in front of the tube or video games all day, and that those forms of violent entertainment are raising your kids, and not you.

If kids aren't taught that if they misuse a firearm they could kill someone with it, how else do they learn? And, dare I ask what is so bad about the toy guns where imagination is inspired when your kids are allowed to go to the movies and play those violent games like Grand Theft Auto?

If all they are taught is that violent shooter games are normal for life and that you always get a do-over or get to come back to life or any of the other lies being told by games and media, how will they learn?

They won't. And instead, the answer is clearly to shelter children to the point of not even allowing them to use their imaginative play, but to give them a game pad that softens killing.

In the article, the lady said her kid asked for a toy gun and she admitted that she said “no” without giving a reason as to why. Talk about a bad parenting move. What you just did was create more curiosity on his/her part, and who knows … maybe next time he's at a friend's house, there's a real handgun sitting there.

What then? Does curiosity kill the kid the same way it did the cat? You've already passed up an instruction point in the name of ignorance. And, ignorance ain't bliss … it kills.

Your kid, who knows no better and is filled with curious desires, will pick up that naughty (in your eyes), but otherwise inanimate object capable of hurting nothing without an operator, and kill himself or another with it.

Why? Because you chose to not do the responsible thing by teaching your kid about guns.

So what, then? Buy the kid a toy gun.

Then, when you get home, show him what a real one looks like, even if just a picture and tell him that if he ever sees one to never touch it, but find an adult.

Then, support his imagination, and if it bothers you that much, tell him to never point his toy gun at anything he does not intend to shoot. Tell him to keep his finger off the trigger until he is ready to fire, and tell him it's not okay to shoot people.

Teach him something. Be a part of the reason why he doesn't become a statistic. Just ignoring it only makes things worse. But doing it just once is not enough. It needs to stay on the forefront of his mind.

Had I not learned about what drugs do to the human body at a young age, would I have caved to the peer pressure? Most likely. Several of the kids in my neighborhood growing up were almost always on something and they pushed me hard to join them.

But I knew right from wrong and a little knowledge goes a long way.

If you were to come to my house what would you find? Varying degrees of firearm knowledge depending upon age. I've been teaching my kids about guns since they were all young, and bring my oldest to the gun range with me. She knows the safety rules and all parts of the gun. After all, I'm a firm believer that you can't teach a kid about guns if they can't tell you what a trigger is.

So, I propose this question to all parents everywhere, those who are anti-gun as well as those who are not, isn't knowledge power? Isn't it better to send our kids off into the world with as much on their side as possible? Toy guns aren't evil anymore than real guns are in good hands.

Teach your kids, let them play, get them off their video games and outside because their very lives depend on it. Or, ya know, don't because they are your kids, after all–and who am I to tell you how to raise them?

Let me know what you think in the comments below, and then read these other articles on kids and guns:

Here's a novel idea, teach you kids about guns.

When to talk to your kids about firearm safety.

Summer Blockbuster Special! Which Movie Theater Chains are Anti-Gun?
Episode 232: Choosing the Right Gun for You With Jeff Gonzales