Join Our Newsletter
Shop Our Store
MAIN MENUMAIN MENU
By Jacob Paulsen on September 16, 2020 in News 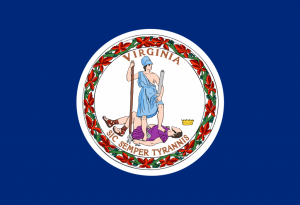 Well, it finally happened. An obscure “loophole” that the firearm industry has been using for over a decade has been discovered by anti-gunners and is being closed effective January 1st, 2021.

This is going to take a bit of work to fully explain so be patient with me and read this post in its entirety.

As you likely know, the ease or ability to obtain a concealed carry permit varies significantly from one state to another. In Indiana, you need only to walk into the sheriff's office and apply. No training required, and no “interview” to prove you deserve the permit.

Compare that to New York City where you spend months preparing a binder of paperwork that documents your need, includes personal character references, testaments to suitability to securely store guns and ammo at your house, and much much more. Even then there is no guarantee a permit will be issued.

Adding to the frustration, even those of us who can get a permit have to deal with the lack of national reciprocity. Each state determines on a state by state, case by case basis, what other state permits they will honor. Alabama for example chooses to honor all permits. Get a permit from anywhere and it's valid in Alabama.

California chooses to not honor any permit. No matter where your permit was issued (outside of California) it isn't valid in California. And of course, there are states that are in the middle using what is a sometimes arbitrary selection process to decide where your permit is valid.

For as long as I've been in the industry, gun owners have been leveraging the idea of non-resident permits to solve both of these issues to some degree.

For example, anyone, no matter where they live can apply for and obtain a non-resident permit from Virginia, Florida, Arizona, or Utah. This addressed both of these potential problems.

First, it gave a way for people in “may issue” states where obtaining a local permit is difficult, a way to obtain a permit even if it doesn't mean they can carry in their home state. Thus someone in New Jersey unable to obtain their local permit could get one of these non-resident permits that at least gave them a method to carry concealed in a number of states.

Second, it gave a way for people to expand their reciprocity. For example, a permit holder in Illinois whose permit has a lot of reciprocity limitations was able to obtain one of these non-resident permits and add an additional 5-10 states to their list of states where they can now legally carry.

If you have been in the concealed carry community for a while, you probably already knew everything I wrote above. But here is where some important things are going to change …

Of all the states that issue a non-resident permit (such as Flordia, Utah, Arizona, Virginia) over the last 5-6 years, we've seen a massive shift toward Virginia as being the most popular of these.

The Virginia non-resident permit has fairly wide reciprocity (29 states as of right now), and is easy to get (application and fee can be mailed in from anywhere), but that is also somewhat true of Florida, Utah, and Arizona.

The reason Virginia has become the go-to resource for obtaining a non-resident permit is because of their unique training requirements. Florida, Utah, and Arizona all require you to take an in-person class, and some of those have very specific requirements about the content of that class.

I think that really isn't relevant. After all should we be forced to obtain any training in order to exercise a constitutional right? Anyway, let me get back to the point.

For the last decade or so, gun owners everywhere in America have been enjoying the benefit of obtaining a Virginia non-resident permit, valid in 29 US states without doing anything more than taking an online video-based course and mailing in an application with the fee.

On January 1st, 2021 that changes. Back in April 2020 Virginia lawmakers passed a new law that removes online/virtual only courses as viable for applying for their state permit. That change will go into effect on January 1st, 2021.

This will add a barrier and inconvenience to gun owners across the country who wanted to expand their reciprocity by obtaining a non-resident permit.

So what does that mean for you? It means if you have any interest in obtaining a Virginia non-resident permit in order to expand your reciprocity you should act now while you can still take a convenient online-based class.

There are a number of websites that provide such a class but I can only recommend the one that I personally put together.

Our online course is, in my opinion, the best the industry has to offer. The content is professional and valuable, and the user interface/experience are easy and simple.

Not to mention that the cost is the lowest you'll find anywhere.

Click Here Now To Learn More About The Online Course You Can Take That Qualifies You To Apply For A Virginia Non-Resident Permit.

Don't delay if you're serious about this because time is running out.

The law has changed.