Join Our Newsletter
Shop Our Store
MAIN MENUMAIN MENU
By Joshua Gillem on September 24, 2018 in News 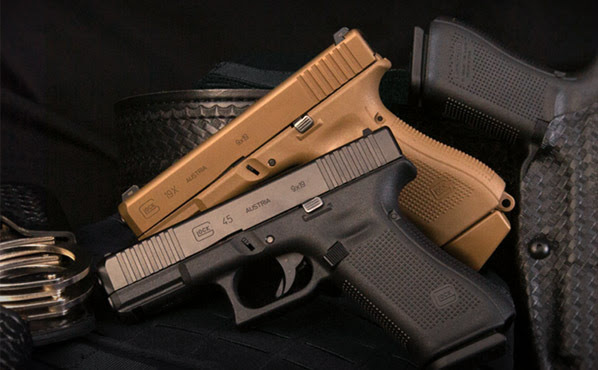 We received word from Glock, Inc today that they have announced a few new models to their lineup. In two separate press releases, we've seen 3 new pistols. The first new offering is what they're calling, “The Ultimate Service Pistol,” in their G45.

The Glock 45 is their latest iteration of a crossover pistol … One that combines details from a full-size pistol and a compact pistol into the same handgun. This may sound familiar if you're aware of the G19X. The G45 is a little different from the 19X in that this pistol is finished in non-reflective, black and has a few other differences.

According to Glock, this 5th generation pistol came about because of a law enforcement request. Here are some more details pulled from the press release:

The G45 incorporates elements of the 5th Generation of GLOCK pistols including a smoother trigger pull, an enhanced frame texture for sure handling, a reversible magazine catch, ambidextrous slide stop lever, the Modular Backstrap System (MBS) for individual adjustability and the incredibly accurate, match-grade GLOCK Marksman Barrel (GMB).  The G45 also features front serrations which are precision-milled forward of the ejection port on both sides.

While this Gen 5 Glock 45 was designed for law enforcement officers, we are told that it will hit dealer shelves on October 5th. Though, if the release of the G19X has anything to show us, you won't likely be able to find one at your dealer for at least a few months because they'll sell like hotcakes.

Also new from Glock today are the addition of two MOS pistols. The Glock MOS family are pistols that do not require any further modification to the firearm in order to mount a reflex optic on it. The industry at large seems to be moving in this direction as more and more concealed carriers desire an optic on their pistol for one reason or another. Here is a highlight pulled from the press release announcement:

These Gen5 models are precision-machined to provide a mounting system for all popular optic sights.  With multiple adapter plates, you can quickly and easily mount electronic sights to the rear of the slide.  The Gen5 MOS family of pistols also feature front serrations for easier and quicker manipulations.  This includes the addition of front serrations on the G34 Gen5 MOS which was first introduced to the market in January, 2018. 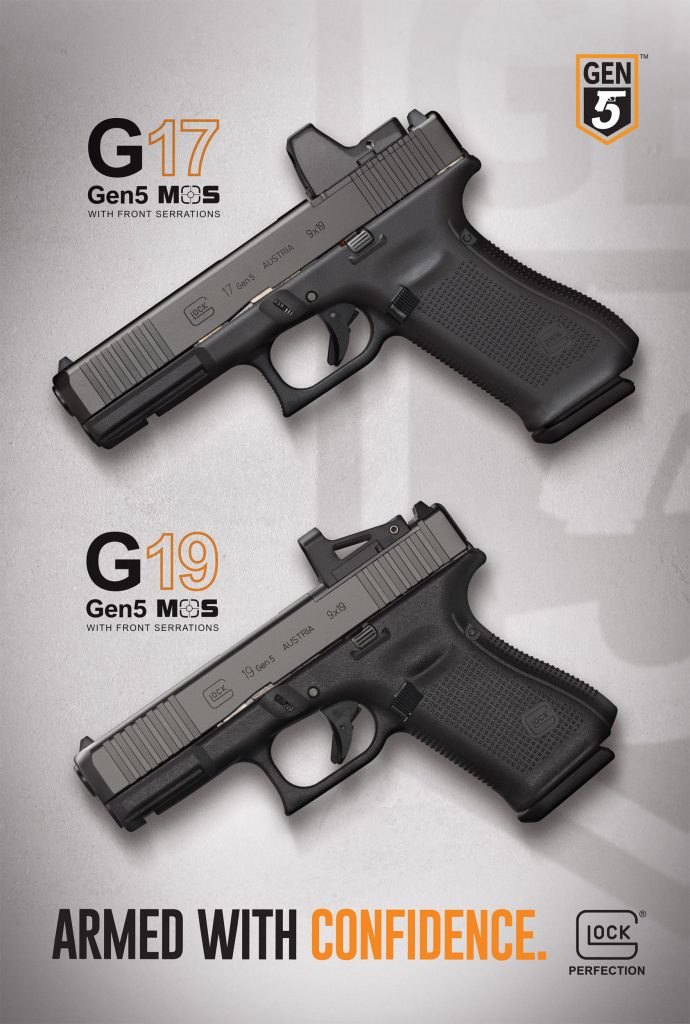 These pistols are also set to hit the dealer shelves on October 5th, just in time for the holiday season.

Also with SHOT Show clearly on its way in just a few months, we'll be seeing more new releases. As they come to us, we'll keep you updated. Let us know what you think about these new releases from Glock, in the comments below. Check out Glock's website for more information.