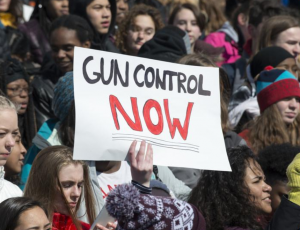 The anti-gun organization called Giffords recently released a list of companies that “have stepped up” to “support social issues, like gun violence prevention.” This group of companies is what they're calling the Giffords Impact Network.

According to the Giffords' website, this is a network of companies who are dedicated to fight “gun violence” and help keep communities safe. How will they make this happen? As of this writing these companies have pledged nearly a million dollars to “gun safety” which will help them do the following:

Here is a portion of the press release found on the Giffords' website:

Gun safety isn’t a partisan issue—it’s on all of us to take a stand. Even when legislation stalled in Congress, American businesses stepped up to fight gun violence—not just with words but with actions. This year, Giffords will help companies take next steps to engage with their employees and customers as we continue the work to keep our kids and communities safe.

The Impact Network will help make lasting change and progress by developing new capacity for companies to change attitudes and create the space for reforms to keep Americans safe.

The companies have committed nearly a million dollars to gun violence prevention efforts. 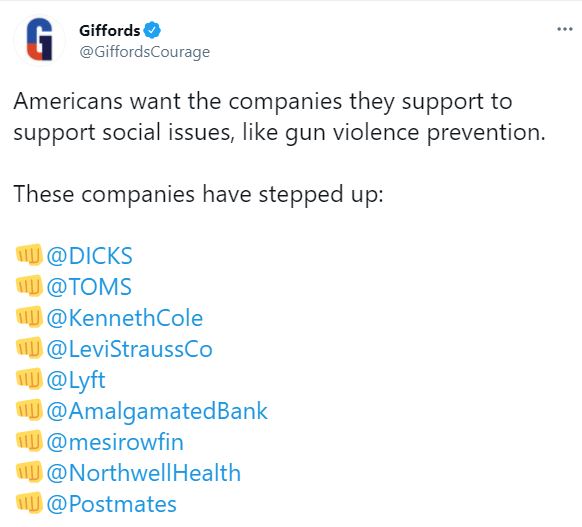 So, while Giffords seems to think that Americans want to support anti-freedom companies, I think it's actually the opposite of what is true. To me, I think Americans don't want to spend money with companies who are actively trying to take away freedom which is actually the purpose of this blog post.

While I don't use any of these companies anymore, this serves as a list of companies who are anti-gun and therefore anti-freedom. I won't be spending my hard-earned money here.

Please note that I do NOT support cancel culture. This is not me trying to cancel anyone. However, if a company is actively trying to diminish my freedom as an American they can go pound on some sand because I really don't want to support a company like this, unless I have no other options.

I also like to give you the same info that I have so you can make these choices for yourself and your life, as well.

What is your take on these gun control companies and this impact network of freedom haters? Let us know in the comments below.

Other Self-Defense Options
Attributes of a Safe Holster