Join Our Newsletter
Shop Our Store
MAIN MENUMAIN MENU
By Matthew Maruster on January 7, 2022 in News

The following survey results may be disturbing to some audiences; reader discretion is advised.

The numbers from a December 2021 Trafalgar Group survey seem to say that on one question dealing with gun control laws, an overwhelming majority of voters of all political ideologies think they aren't helping.

I say all this because I am clearly not a gun control advocate, and lest someone say I'm twisting the results to fit my agenda, I present the question and results as well as citing the source so you can fact check my words for yourself. 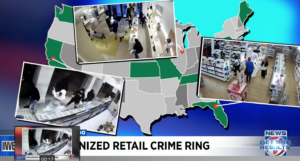 Do you believe that the strict gun laws in most major cities are making the current retail crime surge better or worse?

As you see, the scope of the question narrowly focused on the shocking increase in retail crime affecting many cities across the country. So, how did people respond to the survey?

Overall, only 15.6% thought that gun laws make the problem better. In addition, 47.1% said the gun laws made no difference in the retail crime surge. But shockingly, 37.3% believe that the strict gun laws actually worsen the situation.

Some quick math tells us that 84.4% think strict gun laws don't work, or make the problem worse, in regards to the retail crime surge.

Remember, these numbers come from the responses of only 1076 randomly selected people across the country. However, Trafalgar Group states a margin of error of 2.99% and holds a 95% confidence in the survey results.

Okay, but the people polled were probably all Republicans. Nope, this is how it breaks down according to their political party.

As far as the Democrat voters, 30.1% believe existing gun laws improve the problem. The percentage of Democrats that think gun laws do not affect the situation is 53.8%. And a whopping 16.1% of Democrats actually say the gun laws are worsening the problem!

I have to say I am surprised that 70% of Democrat voters believe, at least on this question, that the strict gun laws currently on the books fail to achieve the supposed goal of public safety.

Voters with no affiliation, or those other than Republican and Democrat, responded in the following way. Only 9.8% of these voters believe gun laws improve the situation, while 39.5% say the laws make it worse. And 50.7% say the gun laws do not affect the surge of retail crime.

The Trafalgar Group collected other demographics from the respondents, including age, ethnicity, political party, and gender. You can see the breakdown of all these numbers by following this link.

My thoughts on surging retail crime —

Retail crime might seem like a harmless problem because it primarily has to do with stolen merchandise. Furthermore, stores have insurance, so why even worry about it? However, retail crime at this level has far-reaching effects outside of driving up the cost of goods.

People have died during large groups' coordinated and organized attacks on businesses. The sheer frequency and the overwhelming number of these crimes have a destabilizing effect on the community. People lose trust in the police's ability to keep the peace. As a result, more people take the role of law enforcement into their own hands and do things outside the scope of self-defense. Criminals are encouraged to commit more crimes of violence against ordinary citizens.

I believe the retail crime surge is just another visual representation that the system of law and order in these cities is collapsing.

Consider this story from Oakland, CA. A local news crew is out covering a story on the increased retail crime problem in the city. While a security guard is out protecting the news crew (think about that news crews require security), he is murdered.

It would be hard to read these numbers as a nationwide referendum supporting restrictive gun laws, at least on this topic. However, that doesn't mean the numbers would be the same if the question were, “do you support universal background checks?”

So we shouldn't use this survey to jump to any broad conclusions on the topic of gun control either way.

However, I think we can draw that an overwhelming number of people in all political ideologies don't think guns are the cause of all crime. And further, restrictive gun laws aren't the answer to solve every aspect of our society's violence problem.

What do you guys think?

One Response to Survey Numbers Not Good for Gun Control Zealots