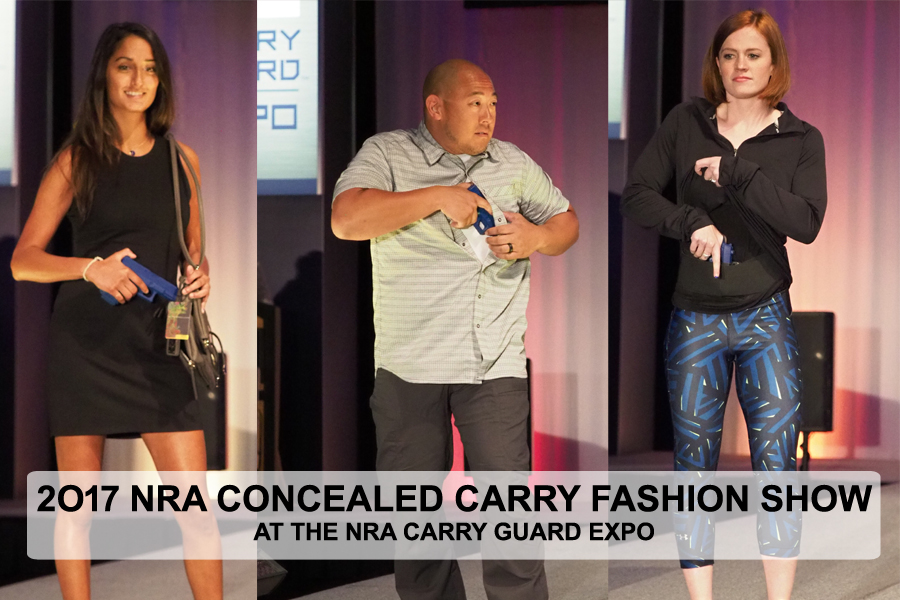 This year on the first evening of the NRA Carry Guard Expo I was able to attend the NRA's first Concealed Carry Fashion Show. There was much to celebrate with products from 30 different companies being represented on a runway assembled at The Wisconsin Center.

Not What You May Think

Many people may hear the words Fashion Show and imagine images of well dressed models demoing expensive clothing and accessories, but this was far from the reality of this NRA Fashion Show.

This show was about the product and each product was “carried” down the runway by a representative of the manufacturer of that product. For the greater part, these “models” wore the same trade show apparel they had been wearing all day at their own booths. 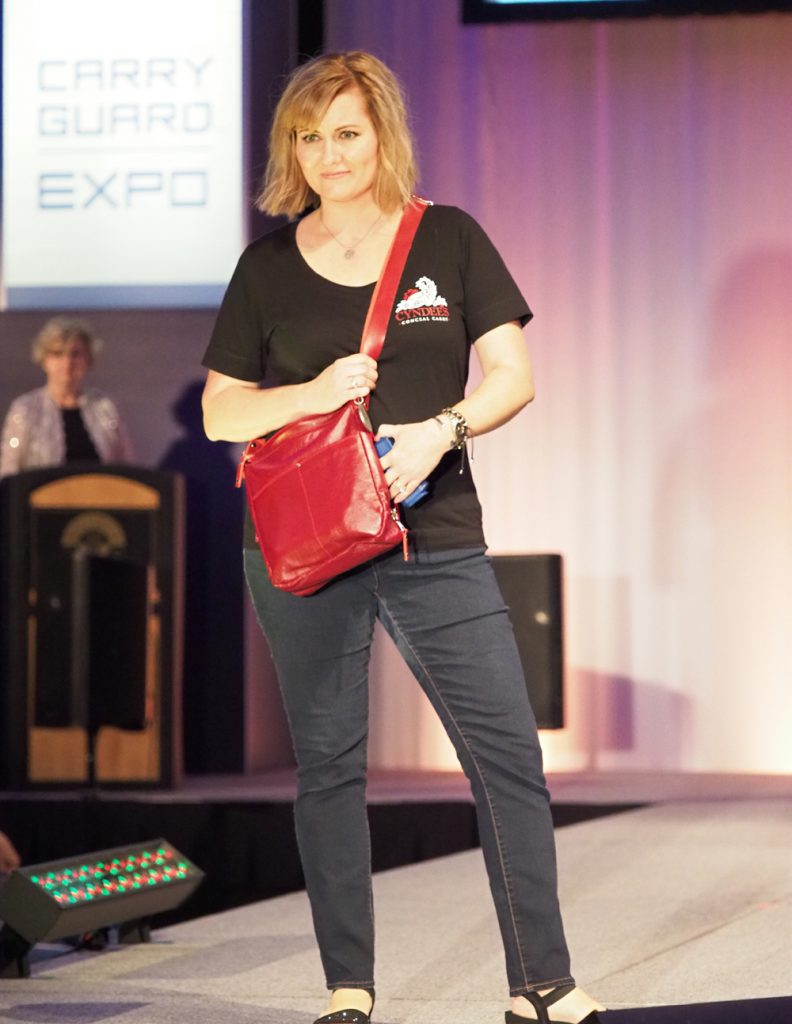 A Concealed Carry Purse by Cyndees

The show was also a Unisex show with both male and female models showing products for both genders of today's armed citizenry. Products included a large number of holsters including purses, mag carriers, bags, as well as firearms (shown as blue guns). 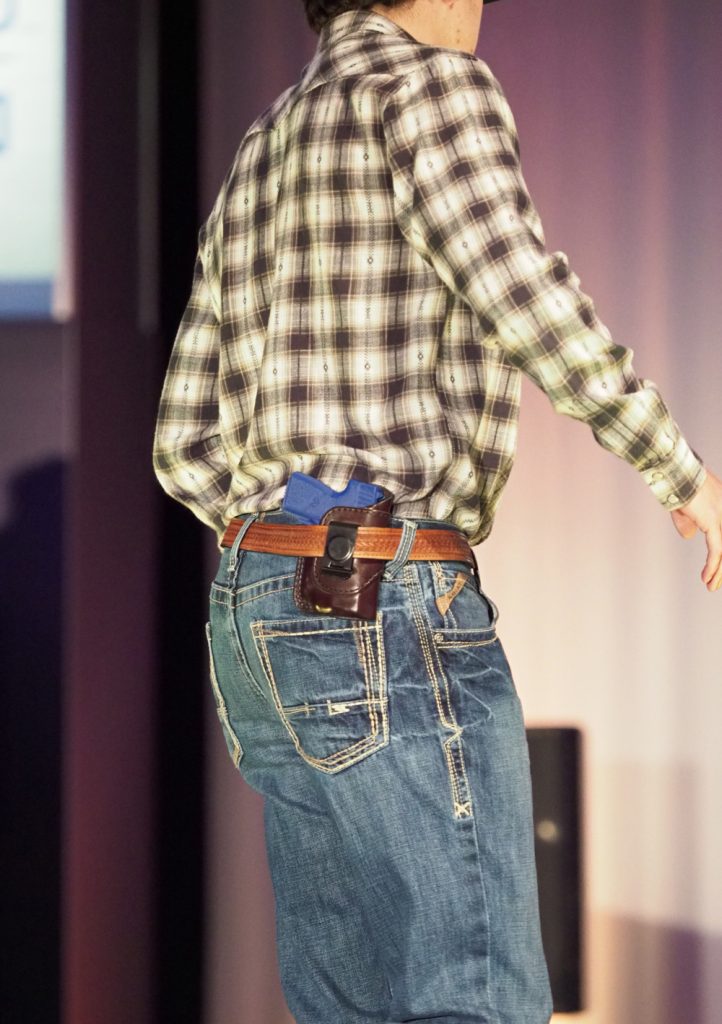 I for one didn't understand the inclusion of a firearm in a fashion show. I suppose to some degree a firearm might be part of a fashionable ensemble but if that is the case let the model show the actual firearm instead of a blue hunk of plastic. The guns in the showroom have all been checked and tagged as safe and inert. Not sure why those can't be on the runway of the fashion show.

Was There A Winner?

Attendees were invited to vote on their three favorite products of the night, turning in a ballot on their way out the doors. When the results were tallied the top 3 companies were Lethal Lace, 5.11 Tactical, and Crossbreed. 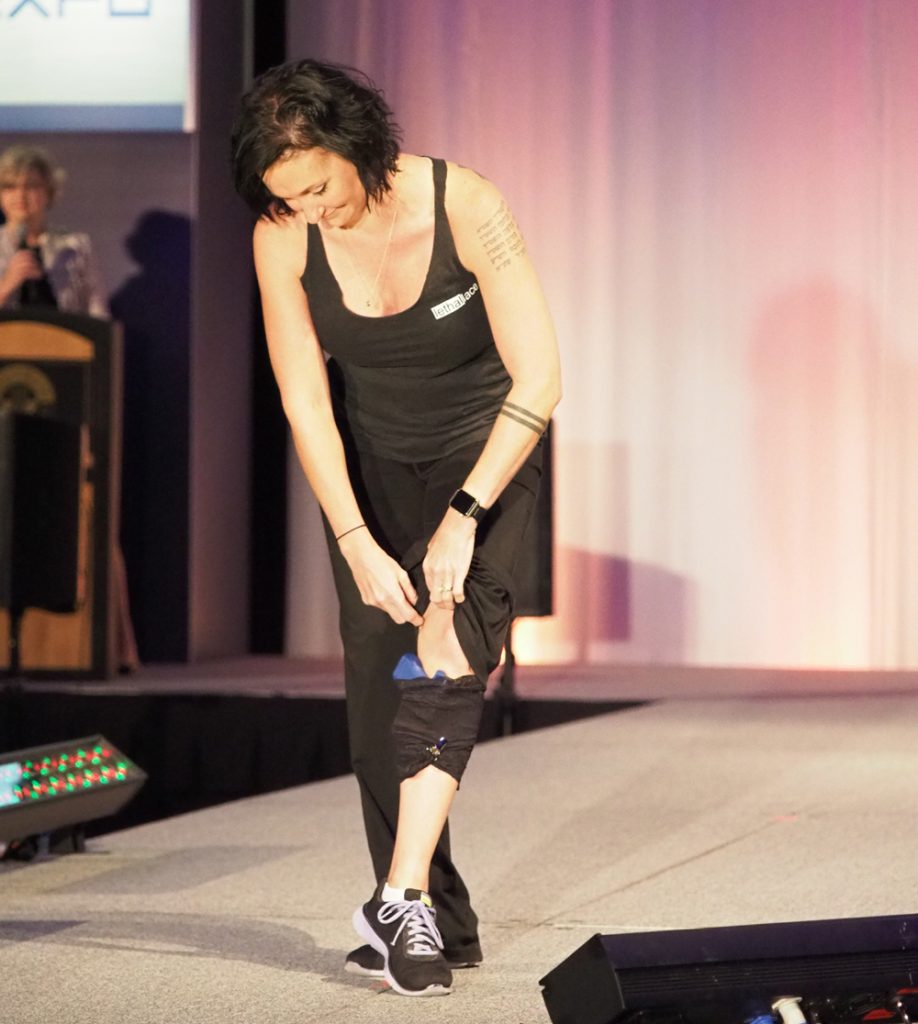 Super Fun But Room For Growth

So what did I think? It was exciting to sit in a room and see our industry come together to put on a fashion show. People had fun and I think manufacturers and entrepreneurs were thrilled to have the opportunity to showcase their product in that context. In that regard I say Bravo to the NRA and everyone who participated.

I also feel there is room to improve for next year. There are some inherent challenges that may be better managed. For example, it is hard to walk down a runway and showcase a product that inherently is meant to not be seen. Also, while we want to keep the focus on the product and not the model or the model's clothing some more thought toward outfits and being fashionable might be well directed for a fashion show.

What do you think about the fashion show? Was it a good idea and something you'd like to see the NRA do again? Or, is this something that should be kept for NYC? Let us know, below.