Join Our Newsletter
Shop Our Store
MAIN MENUMAIN MENU
By Craig Martin on January 3, 2017 in News 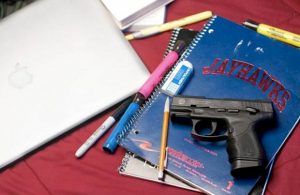 On November 28th the United States, and specifically Ohio State University saw yet another incident of a mass attack on a college ground. It seems terrible to say, but in this situation, it was lucky that there were no casualties. There were still 13 injuries caused by Abdul Razak Ali Artan during his rampage carried out via knife and motor vehicle before officer Alan Horujko shot and killed Ali Artan before even more people could be injured.

Now this is yet another case of a mass attack and if history were any indication, it would be met with little to no legal recourse regarding changing safety levels of campuses. After all, there were no massive changes after Virginia Tech or Lone Star College. But sometimes, throughout the course of history, the people reach a breaking point and say that enough is enough. Sometimes the government sees the writing on the walls and pushes through legislation to help our colleges defend themselves. Luckily, it seems that not only Ohio but several other state legislations have begun to implement this. 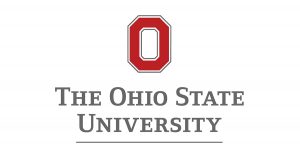 After the attacks in Columbus, state legislators from Ohio quickly decided that they would not sit on the sidelines and allow similar acts to occur without giving the student body of its' schools an opportunity to prevent these attacks from happening again.

Lawmakers in Ohio approved a bill on December 9th that would open the way for licensed gun owners to carry concealed weapons on college campuses. State senators passed the bill 22-8 after representatives approved it 68-25 late on the night before. The process for legislation taking less than two weeks from writing to the desk of Governor John Kasich for his signature.

Following the placement of the legislature upon Kasich's desk, it took another 10 days before the Governor signed into law the ability for licensed citizens in Ohio to carry concealed on college campuses. This will go into effect in mid March 2017. 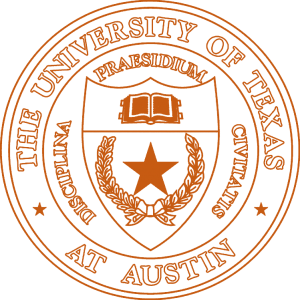 Ohio, however, is not the only state to have recently taken a stand with regard to violence on college campuses. In Texas, a recent and well-publicized battle for campus carry finally reached its conclusion. On August 1st, students who are at least 21 years old and who have received a concealed handgun license were able to carry their guns at all public colleges and universities. Some college facilities, including sports arenas and chemical labs, were off-limits for concealed carriers, however. The ruling also does not apply to private schools and two-year community colleges until next year, when the law takes effect at those schools.

However, in the time since August in which these public schools have been allowing campus carry, there have been no mass shootings at any campus under the law's blanket. Now it may be early to begin counting our chickens, but it does speak to the positivity of the legislature, because while it may not have yet protected from an attempted mass attack, it certainly has not brought any about, even with the higher amount of guns on campus. Which was one of the major counter-points to the law as it was being implemented.

But this issue of more guns causing more problems had little legs to stand on fro the start. If you wanted to see how campus carry worked, the average American could just shift their gaze to Utah. Utah has had campus carry for any and all public schools, not just for colleges since 2007. During that time, there has not been any issue with regard to schools being made less safe.

Officials at several universities, including the University of Utah, Utah Valley University, Dixie State College and Utah State University have stated that though carrying guns on campus has been legal for so long, they haven’t seen evidence that their schools are less safe.

“We haven’t had much problem with it,” said Steven Mecham, head of the Utah State University Department of Public Safety. “It’s just not been an issue.”

While University of Utah spokeswoman Maria O’Mara has stated that “We have had no incidents on campus regarding this law.”

In fact, Utah has one of the lowest incidents of school shootings, with only 1 incident resulting in 2 injuries, since 1990. This according to Ballotpedia.com.

No, it seems that while many opponents of campus carry attempt to paint an image of additional guns equaling additional violence there just are not the facts to back that up. It's strange that a group will shout such rhetoric when the numbers show, if anything, the exact opposite is true.

Maybe, if we all started looking at the facts of campus carry, as opposed to our own preconceived notions and fears, we could be saving lives instead of arguing in legislative bodies about whether or not campus carry is the way to go.

There are currently upcoming legal proposals in Wisconsin and Florida to allow concealed carry firearms on campuses, but only time will tell if those who are in charge of the vote will see just how safe they can make schools.

Podcast in which we cover Campus Carry Laws and Strategies

What Makes a Great Instructor and How Do You Find One?
Episode 84: 17 Shooting Skills to Master in 2017