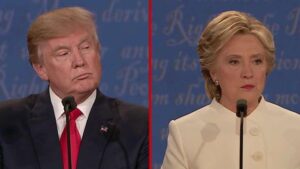 Last night was the third and final Presidential debate, before the election on November 8th. The candidates, Hillary Clinton for the Democrats and Donald Trump for the Republicans were coming off of a second debate which hardly even mentioned guns or gun rights, the third debate definitely brought about some talking points by the two candidates regarding firearms. 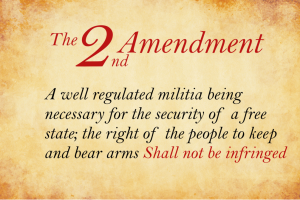 The question was raised by debate moderator Chris Wallace of FOX News, Secretary Clinton, you said last year, and let me quote:
The Supreme Court is wrong on the second amendment.” And now, in fact, in the 2008 Heller case, the court ruled that there is a constitutional right to bear arms, but a right that is reasonably limited. Those were the words of the judge Antonin Scalia, who wrote the decision. What's wrong with that?”

To which Secretary Clinton responded: “Well, first of all, I support the second amendment. I lived in Arkansas for 18 wonderful years. I represented upstate New York. I understand and respect the tradition of gun ownership that goes back to the founding of our country, but I also believe that there can be and must be reasonable regulation. Because I support the second amendment doesn't mean that I want people who shouldn't have guns to be able to threaten you, kill you or members of your family.”

That prompted Donald Trump to retort: I am a very strong supporter of the second amendment. And I don't know if Hillary was saying it in a sarcastic manner but I'm very proud to have the endorsement of the NRA and it was the earliest endorsement they've ever given to anybody who ran for president. So I'm very honored by all of that. 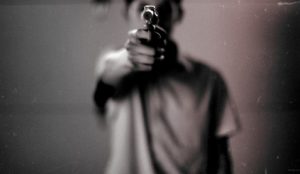 On the subject of gun violence and the high rate thereof in the United States, both candidates had a relatively similar view that there is a problem, but drastically different solutions to the problem.

Secretary Clinton: “When I think about what we need to do, we have 33,000 people a year who die from guns. I think we need comprehensive background checks, need to close the online loophole, close the gun show loophole. There are other matters that I think are sensible, that are the kinds of reforms that would make a difference, that are not in any way conflicting with the second amendment.”

The Secretary also added:  “I understand that Donald has been strongly supported by the NRA, the gun lobby is on his side. They're running millions of dollars of ads against me and I regret that because what I would like to see is for people to come together and say, of course, we're going to protect and defend the second amendment. But we're going to do it in a way that tries to save some of these 33,000 lives that we lose every year.”

Donald Trump then responded, “Well, let me just tell you before we go any further, in Chicago, which has the toughest gun laws in the United States, probably you could say by far, they have more gun violence than any other city. So we have the toughest laws and you have tremendous gun violence.” 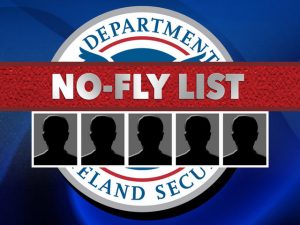 There was only one specific mention to No-Fly Lists and it was from Secretary Hillary Clinton.

Mr. Trump had no specific response to this remark.

All in all, the third debate, like the others did not focus heavily on gun control and gun rights, but this time there was a specific question by the moderator that did bring about a small back-and-forth of dialogue between the two candidates. Between this and our article about the first presidential debate, we're hoping that you can hear enough information straight from the mouths of the candidates to form an opinion about which one you support on the matter of gun control.

Let us know who you think is the better candidate for the future of gun ownership in the country in the comments below.

Episode 62: Outshoot Cops: How to Perform Better Than Average LEOs
Episode 63: How to Argue With Gun-Grabbers

One Response to The Third Presidential Debate Review