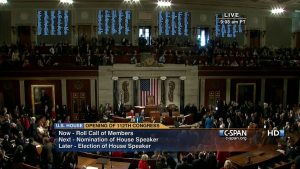 Lots of common sense laws were passed this week. Did you keep up with them all?

This is a satire piece, not to be taken literally.

No doubt you have heard about Dick's Sporting Goods and other companies instituting policies barring 18 through 20-year-olds from purchasing otherwise legal items (rifles) in their stores. The company released a statement explaining their rationale:

“Some will say these steps can’t guarantee tragedies like Parkland will never happen again. They may be correct—but if common sense reform is enacted and even one life is saved, it will have been worth it.”

But you may not be aware of the ripple effect that happened when Dick's Sporting Goods CEO Edward Stack released that drop of virtue into the turbulent sea of our society. Legislators were moved. In a show of bi-partisanship never seen in the history of our country, lawmakers from both sides of the aisle refused to leave Capitol Hill until universal, common sense, age-restrictive laws were immediately signed into law.

In case you missed it, here is satirical a wrap up of the tremendous, legislation that was produced in a whirlwind week on the Hill. 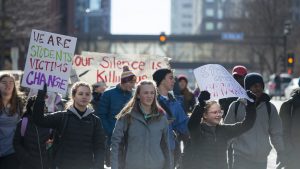 Kids under 21 should definitely be involved in formulating legislation, but for important things, they are going to have to wait until the turn 21.

When a senator from Wisconsin realized that annually, an average of 2,500 kids aged 13-19 are killed in vehicle accidents, he was shocked. But, when he was told by The Insurance Institute for Highway Safety Highway Loss Data Institute, that kids 13-19 years old are 3 times more likely to be involved in a traffic collision, compared to those over 20 years old, he knew what had to happen. Legislators from every state agreed to immediately raise the age to drive a car to 21.

In his statement, the Senator said “Sure there are many states where 14-year-olds can currently get a driver's license. But based on the facts, if raising the age to drive a car to 21 can save me 20% or more on my auto insurance, it has to be done.”

No longer catchy lyrics to a sweet song from 80's band Skid Row, 18-year-olds can now breath a sigh of relief. Florida's most popular senator rallied his peers to finally change the unfair sentencing laws of our justice system. Starting on the first of the month, 18-year-olds will no longer be tried as adults for any crime. Until their 21st birthday, kids will be tried in juvenile court and held in juvenile hall if convicted.

CNN reporters first broke the news, saying ‘Today justice was served. Finally, these 20-year-old kids will be able to be held in juvenile detention facilities with their 16-year-old counterparts.'

We wondered if Skid Row would change the name of the song to reflect the current times. The band's singer, Sabastian Bach was unable to be reached for comment.

Who is Paul Hardcastle you say? Well if you cruised the streets in a Pontiac Firebird with T-Tops during the 80s you probably remember Hardcastle's one hit wonder, 19. He adeptly explained how the average age of Americans who fought in the Viet Nam war was 19. With 18-year-olds enlisting in our military (17 with parental consent) we have a lot of kids biting off way more than their fragile minds can take.

Hardcastle pleaded with and finally convinced legislators to raise the age of military enlistment to 21. He said, “it is common sense that kids are not able to have any type of responsibility until their brains are mature. Science has proved their awakening coincides exactly with the 21st birthday.” When asked about all the kids currently serving in the military, the ranking Republican said ‘they are being rounded up as we speak. We have shipped thousands of yellow school buses over to Iraq and Afghanistan to pick up these children and return them to their parents' basements where they rightfully belong.' 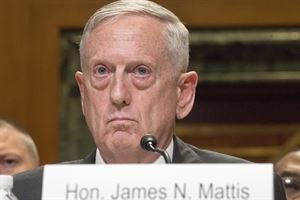 Sec. of Defense, James Mattis gives his under 21-year-old warfighters a look of disgust as they return home to play call of duty.

MTV used to advocate for kids to Rock The Vote. Original vote rocker, Bill Clinton has finally admitted that vote rocking should be left to 21-year-old rockers.

Jim Snow, the head of the Federal Elections Commission (FEC), announced that he would no longer allow anyone under the age of 21 to vote. Congress wondered that it may not be legal, and the FEC may not have the power to create such a law. Snow said “so sue me.” He continued, “It's my opinion, I mean Science has proved that there is no reason for someone under 21 years old to be involved in selecting any elected official.” 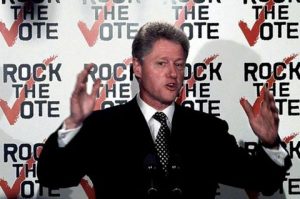 Slick Willie has been rockin' the vote with young people for years.

What's in Your Wallet?

Capital One Financial Group agreed to forgo its goal of making money for its shareholders by shackling youngsters with high-interest credit cards. In a 180 degree turnaround, Capitol One is refusing to issue cards to anyone under 21. In an interview with Samuel L. Jackson, a Fox News Reporter asked ‘what is the rationale for the move?' Jackson burst out of his seat, pointed a 357 revolver at the reporter and screamed ‘say what again!‘

Samuel L. Jackson was not fond of the questions being asked.

Not Going to The Chapel:

Religious leaders and wedding ministers joined together in agreement to refuse to marry anyone under the age of 21. Their joint statement read in part, “there is no way anyone under 21 is mature enough to enter into marriage. There is like a lot of stuff that goes along with marriage, and it's way too complex for little 20-year-old children.”

The Mayor of Las Vegas assured his people that Elvis would still be allowed to marry anyone of any age to anything they wanted. David Hogg was relieved and quickly took to Twitter saying, “I am really happy about the Vegas marriage loophole. I really want to Marry myself. After I hung up on Trump, I knew I was the only one good enough for me.” 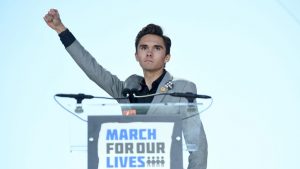 Under current legislation, David Hogg will still be allowed to marry himself.

When it comes to personal medical decisions, we as a society realize that 20-year-olds, just can't be trusted. In an unprecedented move, the Supreme Court created a law prohibiting anyone under the age of 21 to get an abortion without the permission of their parents.

But, in yet another strange twist, Planned Parenthood stepped in and overruled the Supreme Court's decision. Stating “we absolutely must protect the 2nd Amendment, Constitutional Right of women to end the lives of kids that they feel might affect their lifestyle.” 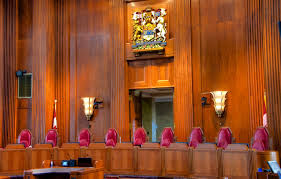 In a shocking decision, the US Supreme Court was overruled by Planned Parenthood and President Obama

The ghost of Justice Antonin Scalia appeared and pointed out that the 2nd Amendment has nothing to do with the right to have an abortion. Former President Obama took a pause from filming his upcoming Netflix movie, and released a statement through his publicist Louis Farrakhan:  “Don't worry, I have a pen and a phone.” Apparently, he called Nicholas Cage, who stole the original Bill of Rights, amending it with a permanent marker.

A well regulated Social-life, being necessary to the security of a good time, the right of the people to end the life of an unborn child for any reason, shall not be infringed.

What a wild week of news.

If you enjoyed this satirical news piece, make sure to share it other so that they may have a laugh.

Build Your Own Custom 1911 Grips With AlumaGrips
Are You Training Enough?