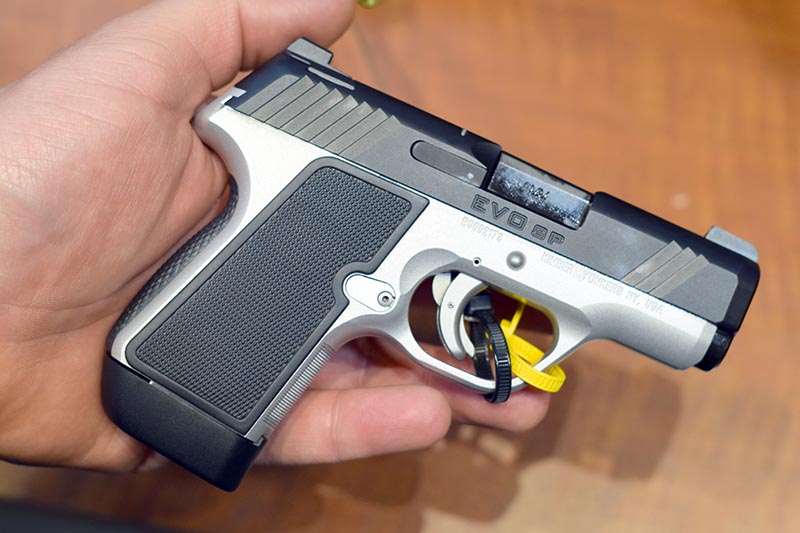 Riley and the rest of our team were out at Shot Show 2019 a few weeks ago, and our coverage continues.

Riley had the chance to talk with Rod from Kimber about their latest addition to their line of pistols, and they're excited about this year, for good reason.

The Kimber EVO SP 9mm is a sub-compact striker fired pistol. Known for their 1911 pistols, this isn't the first time Kimber has released a pistol in the striker fired format. The first one, the Kimber Solo, was a bit of a flop–to say the least.

The EVO, seems to be the evolution of that pistol.

“We wanted to make sure we were going after that most reliable most shootable sub compact EDC gun. We wanted to reach the crowd that wanted that striker fire, (and) integrated trigger safety,” Rod said.

“We set out, when we were building this EVO, for the most reliable, most shootable, subcompact EDC gun that we could ever make. And we think we've hit that best in class status with this EVO.”

Check out the video, here:

The EVO comes stock with tritium night sights and has a magazine capacity of 7+1. The pistol's magazine release can be moved to accommodate South Paw shooters.

Other features include a 6.5 lb. trigger, G10 grips, loaded striker indicator and a 16-17 lb. slide racking force to make it easier for smaller shooters.

Our editor, Josh, was the only one on our team to shoot the new Kimber EVO, and this is what he had to say about it:

The Kimber Evo trigger felt great. It was smooth without any stacking. Even better, the muzzle flip was minimal on this aluminium framed micro compact pistol, which was surprising. The good trigger combined with good sights and minimal flip helped me ring the steel plates at what I'd call 20 or so feet consistently.

According to Rod, retail cost for the Kimber EVO SP 9mm should land around $850-$999. Let us know what you think about this new Kimber pistol in the comments below.